A Brighter Palette by Brigham Vaughn

Annie Slocum is a bisexual woman struggling to make a living as a freelance writer. Stuck in a rut, she feels bored with her career, her relationships—her life. A chance meeting with Siobhán at a gallery adds a bright spark to her dull life.

Siobhán Murray is a lesbian Irish painter living in Boston. She loves her career, loves her life, but she’s missing the one piece that will make her life complete—a partner. She falls hard for Annie and is delighted to realize Annie inspires her work. But a string of failed relationships has left her wary of bisexual women and wondering if she can trust that Annie won’t leave her.

When Siobhán’s past comes back to haunt them, they’ll have to decide if the new relationship is something that will burn bright and end quickly or if it’s meant to last.

Demon be Mine by Michael Mandrake

After dying at the hands of Ryland Durand, Eli Peckard is thrust into a different universe, one that is familiar to his home of New Orleans, but scary all the same. Battered and bruised from his rough travels, he is accosted, and then rescued by Anasa, an official in The Realm. From there, Anasa delivers Eli to his most reliable Keeper, Zylen, to heal and teach him the ways of a Soul Catcher as the Dark Lord intends.

Zylen has lived his days in Nouvelle Terre as a Keeper for new fledglings. During his time on the third plane, Zylen has kept his hate for vampires, especially Ryland and his brother. However, being the child of a fallen and a vamp, Zylen still beholds emotions of remorse and empathy for the mentally fragile soul, Eli Peckard, and those feelings transform into something more.

Eli’s insecurities and Zylen’s anxieties over crossing the line of teacher and apprentice might be an obstacle in their budding union. More importantly, Zylen’s instruction for Eli must include lessons that teach the newest souled demon how to survive the final challenge before gaining the ultimate prize. 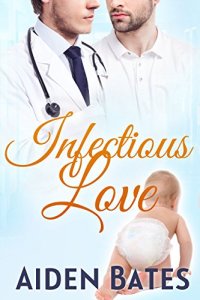 An omega with a mission. An alpha sworn to serve and protect. And an outbreak that will change both of their lives forever.

Dave Stanek has spent the past decade of his life trying to atone for his family’s sins. While his parents bilked thousands out of their life’s savings and tried to bring him into the family business, Dave has built a successful career in medicine as an infectious disease specialist at Silver Oak Medical Center.

Ken Sykora has seen a lot during his time in the Army and during his years on the force. When someone finds a vial at the scene of a meningitis outbreak, he’s obliged to consult with the Infectious Disease Specialist at Silver Oak Hospital.

When Dave is assigned a meningitis case one evening, he finds himself face to face with the most attractive alpha cop he’s ever seen – and neck-deep in a biological terror case.

Ken shares Dave’s attraction, notwithstanding the doctor’s superiority complex. Despite the gravity of the case they’re working, their mutual desire proves too much to contain. But when a night of pleasure leads to unintended consequences, they’ll have to decide if they can overcome their differences and build a life together – while catching a killer.

Overflowing with passionate, explicit scenes of gay alpha/omega mpreg romance, Infectious Love is a 52,000 words and intended for adult readers only. 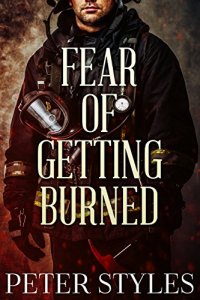 Fear of Getting Burned by Peter Styles

He’s one hot firefighter who’s afraid to get burned.

When Kyle saves a sexy Jewish man from a fire, things start to really heat up. Growing up with a mother he couldn’t count on, Kyle fears getting too close to someone. But as Kyle and Rick grow closer and their relationship blossoms into something more, Kyle falls for the man who tears down the walls around his heart.

But when they both discover that the innocent fire that engulfed Rick was more deadly than they ever realized, Kyle struggles with the truth. Someone doesn’t condone Rick’s heritage or lifestyle and will stop at nothing until the gay Jewish man is dead.

Now, Kyle is about to get a lesson of his own. With Rick’s bravery and strength guiding him, Kyle learns that true love starts with trust. But can this firefighter fight the fear that’s held him back his entire life?

In this 25,000 word gay romance novel, two men fight the hatred in society that plagues all oppressed groups. But with their own courage and strength, they find a way to battle the fear that stifles them. With steamy scenes and strong sexual content, both men will learn the most important lesson of all: love always wins.