Until Proven by Avery J. Moon

A Rookie Lawyer
A Falsely Accused Transgender
And the Prosecutor who held their fate in his hands.

Joshua Penbrook had lost at love, plain and simple. With that loss still fresh in his mind, he wasn’t any too eager to try his hand at it again any time soon.

If Love was going to find him, it could bloody well do so behind his closed office door. It would be hard, yes, but that was Love’s problem. Not his.

Willard Drake had never wanted to be an attorney. But as the last of a long line of legal Drakes, his father hadn’t given him much of a choice.

Trust his father to put the fate of a falsely accused transgender into the hands of a rookie lawyer. After all, it was a case the Senior Drake really didn’t care if they lost.

But Willard did. He cared a lot.

Could Justice prevail for his innocent client?

And was Love truly up to the task at hand?

Until Proven is a slower burning MM Gay Mystery Romance and Book Two in the Travis County Legal Series. While reading Book One, All About Zane, first is recommended, it is not necessary. This book will stand alone as well. It ends with a Happily Ever After and a hot scene worth the wait.

The Caretaker by Dahlia Donovan

Who cares for the caretaker when his burden grows too heavy to bear?

Freddie Whittle devotes his life to his cancer patients, cheese, and his overprotective fathers. His big move to Cardiff is tainted by bigot neighbors and a dismal social life. He wants something more but doesn’t know what until he runs headlong into a Scottish-Maori mountain of a man.

Taine Afoa retires from international rugby feeling restless. He left his career behind and relocates for a change of pace. The last thing he expects is to become infatuated with someone who seems far too young and innocent for him. No matter how hard he tries, it’s impossible to get Freddie out of his mind.

Can Freddie handle the intensity of Taine’s naughty sexual desires?

And when the strong alpha male tangles with the playful nurse, will this May-December romance end before it even begins?

The Caretaker is book two in Dahlia Donovan’s international bestselling gay romance series, The Sin Bin. Each one features hot rugby players and the men who steal their hearts.

Famous travel blogger returns home to have his life thrown off balance by his high school crush.
Dante Sandford is at the top of his game. He’s paid to travel the world and share his spicy stories on his blog. He’s still young, gorgeous, and confident. When Dante’s high school reunion knocks on his door, he’s reminded of everything he’s lacking. More so when his old crush, Tommy Clancy, makes a pass at him. Or when the hot romance blows in Dante’s face because of his lifestyle. 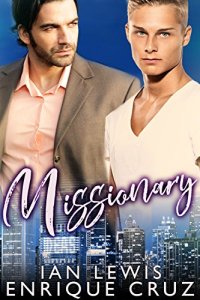 Dreams can come true, even when all hope for happiness has vanished. Fernando and Brig, virtual orphans who faced harsh realities as they grew into men. One was a street thug, sent into exile by his mother, while the other was disowned for being gay. Many would falter under these circumstances, but they chose to thrive.

Fernando- This handsome and wealthy older businessman grew up on the wrong side of the tracks, but through an iron will and determination to succeed, his business becomes the envy of his peers. When agonizing loneliness and tragedy strike, he’s forced to decide between following the same isolated path, or taking a chance on love with his handsome, yet vulnerable employee.

Brig- a loner tossed out by his conservative, religious family for his sexuality. Introspective, unable to see what he has to offer another man, his love of books almost fills the void in his heart. Content to live alone, afraid of being hurt, his attraction for his older boss becomes unbearable. Forced to make a decision about his future, will he find the happiness his heart desires with his wealthy, yet humble employer?

Making hard choices is second nature to these survivors, but now they must make the hardest choice of all- to overcome their fears, and open their hearts to one another.

This is a stand alone May/December romance with a HEA, no cliffhangers, and lots of feels.

From warmth and sunshine to the freezing snow of Colorado, boy meets boy and love ensues. Romance, adventure leavened with just the right amount of angst, and topped with the coveted sweet-and-spicy happy ending! Devyn Morgan brings it all in this bundle of magnificent seven happy-ending stories. Pull up a seat by the fireplace, pour a cozy drink, and escape the crazy world outside as you walk beside these formidable and endearing guys, each of whom works hard for the privilege of finding the whole world in the eyes of his beloved!

In the Blood by Hailey Turner

Running out of time.

Captain Jamie Callahan is frustrated with his team constantly being at the mercy of the enemy in order to further the MDF’s goals. To make matters worse, his father’s political campaign is ramping up and Jamie’s every move is being watched by the media. He is acutely aware of all the eyes trained on him, his team, and Staff Sergeant Kyle Brannigan in particular. Meanwhile, Kyle would give anything to stay in the shadows, but he refuses to leave Jamie’s side, no matter the scrutiny. Staying out of the spotlight becomes impossible when their families are threatened and vital choices about their future together can no longer be ignored.

Staff Sergeant Alexei Dvorkin and Agent Sean Delaney are enjoying their time together as a couple when Sean’s past catches up with him. As Alpha Team’s long-running mission gets derailed in the worst way possible, Alexei discovers the enemy is playing for keeps, and neither he nor Sean are in any position to beat the odds and win the game. As for Sean, he’s worried that even if they make it out alive, Alexei may never forgive him for giving into the enemy’s demands.

Manipulation is the name of the game, but Jamie is done playing by everybody else’s rules. So is the rest of Alpha Team, because if there’s one thing Jamie’s team knows? It’s that they’re a family—and you don’t mess with family unless you want to get hurt.

In the Blood is a 107k word steamy gay sci-fi military romance with a HFN ending that skirts HEA. There is military violence and on-page torture within the story that may not be suitable for everyone, so please read with caution. There are also explicit intimate scenes that are not suitable for readers under the age of 18. This is a direct sequel to In the Shadows and reading the previous books in the series would be helpful in enjoying this one.

“I’ve searched for you so long, my beloved.”
Katherine is haunted by dreams of past lives. They all have one thing in common: the undying love of a vampire who goes by the name of Mercy. But when Mercy storms into her life, she’s nothing like the woman from Katherine’s dreams. The terrifying vampire steals everything from Katherine—her family, her friends, even her life when she turns Katherine into a vampire.
“This time we’ll be together for eternity.”
Katherine struggles against her undead captor and yet she can’t fight the love she feels for Mercy. Is she going insane, or could what Mercy says be true—That Katherine is the reincarnation of Mercy’s soulmate, loved and lost four times in eight hundred years? All she knows for certain is that Mercy’s obsession will never allow her to let Katherine go. Katherine begins to realize that Mercy is just as much a prisoner of her own love, and begins to wonder, can she find a way to free them both?

My Undying Love is a 60,000 word lesbian romance with steamy scenes and depictions of violence that may disagree with some readers.

Please note: The author donates all earnings from affiliate links (for January) to charity. If you buy this book, you’re helping Lily to raise money. Thank you!!

Sometimes your mouth makes deals that your heart can’t honour.

Jude is a highly successful model, but a very reluctant one. His life is full of casual hook-ups with pretty men in glamorous locations, but it’s still empty. However, circumstances decreed a long time ago that this was his path, so he’s resolutely stayed on it and accepted his fate with good grace. He made a deal with himself and his hook-ups. Get in, get out and no ties with anyone.

However, an accident at home one night leads to him making a new deal and accepting the offer of help from an unlikely source. It leads to an unexpected summer of falling in love with a larger than life man and his child.

But by the end of the summer his reasons for not staying are still valid. Will he turn away? Can he?

Asa is a talented actor who has spent time away from the scene to look after his son. But now he’s back, and the last thing he needs are complications from the gorgeous man who is staying with him. Scarred from too many betrayals, he has no intention of forming a lasting tie with anyone. However, he can’t resist the beautiful man with secrets, and to his horror he develops feelings.

But a deal’s a deal and they said it was just for the summer. What can Asa do with a man who has forever in his eyes and goodbye on his lips? 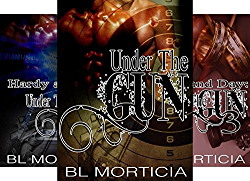 Under The Gun Box Set by BL Morticia

Jaded by his lover leaving him for a woman, Camdyn Hardy is looking for love and partnership. When he goes to the local shooting range, he only wants to let off a little steam, but meeting Malik Day, a discharged army serviceman is a welcome surprise.

Malik’s issues go farther than just a lack of love. Discharged for defending a fellow gay soldier got him kicked out of the Army and back at home with his bible thumping parents. When Malik meets Camdyn, the sparks are there, but both of them are too afraid to make their desires known to each other.

After several conversations and dates, Camdyn and Malik are hot for one another and ready to take the next step. When they do, they discover they have a lot more in common than just a need for a committed relationship.