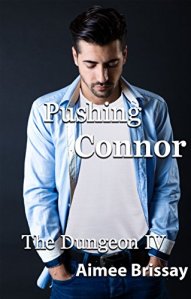 When the past comes back to haunt you. Two experienced Doms in one tricky relationship.

Relationships should be easy. One leads, one follows. But for Connor and Wesley things weren’t so in the beginning, especially when they were both used to lead. After they came together, they thought they had everything settled. Connor led, Wesley followed. But now their routine is threatened.

When a new client at the Dungeon stirs up memories of Connor’s ex, their relationship is put to a test. With his thoughts a mess, Connor cannot get over his past and focus of on the present. If Wesley can’t help Connor put it all behind him, their relationship is doomed to fail. Is their connection strong enough or will crumble under the pressure?

If you like strong Switches and hot Doms, then Aimee Brissay’s Pushing Connor is for you.

Buy it now and dive into the latest installment of the Dungeon series. 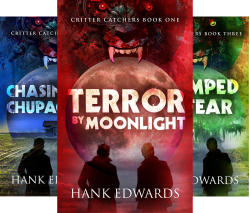 Demetrius Singleton and Cody Bower have been best friends since kindergarten even though they are polar opposites. Cody is tall, handsome, athletic, and straight, and Demetrius is average height, closer to attractive than handsome, more of a thinker, and gay. Tired of being stuck in dead end jobs, they open Critter Catchers, an animal control business with heart. As they adjust to their new roles as business partners as well as best friends, they find themselves involved in more and more jobs of a paranormal tendency, both in their small town of Parson’s Hollow, and elsewhere. Spooky, sexy, and laugh out loud funny, get to know Demetrius and Cody as they stumble across monsters — and Cody’s extensive list of pissed off ex-girlfriends — all while they start to realize they might be better suited as something more than friends.

Falling for “the other man” in my marriage was never part of the plan. Then again, according to Nicolae Ursache, I am the other man, and human wedding vows don’t apply. Not to werewolves.

Nicolae is a smug, arrogant alpha male stereotype–and I do mean alpha in the literal sense–but when the same people who killed my wife kidnap my teenage daughter, he’s my only chance at getting her back. The fact that Nicolae was my wife’s rightful mate means that we share a mutual interest in bringing Ellie home, but I never could’ve imagined how he planned to do it.

I will do anything to protect my daughter. Even if it means becoming the plaything, or worse, of the man I loathe most.
–
This dark shifter romance contains material suitable for adult audiences only. It is a standalone with full resolution.
**NOTE: There is no mpreg in this universe.**

A hospital orderly explores his bisexuality with an adorably geeky lab tech, but can their sparks lead to love outside the closet?

When Ian Connolly installs a hookup app to explore his long-suppressed attraction to men, he doesn’t expect to connect with anyone he knows, especially not lab tech Callum Price. But from their first scorching encounter, he’s hooked.

Callum hasn’t had the best luck with love, and he’s suffocating under a pile of responsibilities. But when he sees an opportunity to blow off steam with Ian, he takes it. The man is smoking hot, big all over, and sweet as pie.

Their chemistry is off the charts, but a relationship is more challenging. Callum remains stubbornly self-reliant, while Ian tries too hard to be his rock. But if Ian can be honest with his family about loving a man, maybe Callum can admit his own truth: He wants a man he can count on, a man just like Ian.

Tied Up By The Boss by Hunter Frost

Be careful what you beg for…

Hot shot senior research analyst, Parker Greenhill is devastated after losing the company’s most promising client. And his boss, Morgan Brant, is livid. After all, Morgan’s always disliked everything about Parker–especially his charming “boy next door” good looks and dangerously smart mouth. Now, Morgan is just itching to fire him.

But when Parker comes begging for a second chance at his job, something stirs deep within Morgan–a different type of passionate itch. He loves giving the sexy man a reason to get on his knees.

Parker is sure Morgan only wants to keep him employed to make his life a living hell. But Parker will take his punishment like a man. He’s not as upset as he thought he’d be about submitting to the gruff and enticing Brit. Suddenly, Parker realizes work is a lot more satisfying when you’re “tied up the by the boss.”

**Tied Up by the Boss can be read on it’s own, but you won’t want to miss the other two books in the series, featuring new couples and special cameos!** 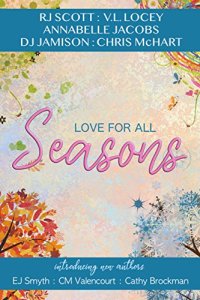 Love For All Seasons Charity Anthology

True love always deserves a happy ending, whatever the season. A charity anthology with all proceeds split between The Matthew Shepard Foundation and The Albert Kennedy Trust.

With characters who find love in a New York park, or on a college campus, in the middle of a snow storm or in the heat of summer, ‘Love for all Seasons’ delivers romance for everyone.

Including stories from five established authors and supporting the work of three authors, new to the world of writing MM romance. 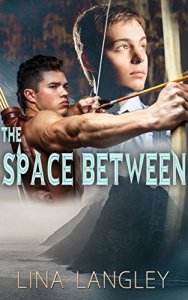 The Space Between by Lina Langley

There’s no such thing as a perfect love story.

Tiago has loved Numa since he could first draw breath. Yet their love is forbidden not only by class and caste, but by a violent war that grows more and more deadly by the day, splitting their tiny island nation into dual battlefields that would rather see blood than allow love across enemy lines.

Only in clandestine midnight meetings can warring hearts find peace. But when Numa warns Tiago to flee the island ahead of an uprising that would take the young noble’s life, Tiago has to choose between saving himself or saving his love. With only the open horizon and a tentative plan for a dangerous escape, will the two find a way to survive?

Or will their broken hearts and broken lives be lost in the space between bloody warfare and political strife? 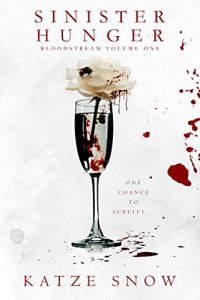 A world of intrigue. A life of lies. A future of sacrifice.

Vincent Hudson is a vampire hunter, and his life is about to be ruined.

When a hunting trip ends in tragedy, he is forced to do the unthinkable—seek refuge in Sanctuary Hope, where each family must nominate a member to the city council. But there is a catch.

In exchange for refuge, the nominees are turned into bloodslaves for an elite chain of vampires, and unaware of the gut-wrenching reality, Vincent nominates himself. He only wanted to save his group.

Now, a life of captivity and war await him. . .