This Week’s Spotlight:
Like a Rock by Mason Winters and Olivette Devaux

WHEN EARTH AND WATER MOVES – Fresh out of school, architect Cooper Anneveinen tends bar by night and chases small clients by day. He sees what lies hidden underground. The unexplained, wild images complicate his life and drive him to seek medical help – but not even antipsychotic drugs make him “normal.”

Ash Ravenna talks to water, and water sometimes obeys his wishes. Using his gift in a pollution clean-up effort, he hires Cooper to help with an old industrial property by the river. The handsome young architect turns his crank like nobody else – and his hidden talent is an unexpected asset.

Ash hopes to teach Cooper control over his newfound earth-sense. Cooper puts everything on the line to learn. All goes well, until their their sizzling chemistry throws them a curve neither expects. If Cooper fails, more than just their love is on the line.

LIKE A ROCK is a paranormal gay romance adventure with explicit scenes and a happy ending. 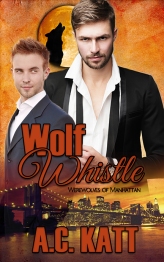 Richard Kerrigan is on the verge of losing hope. Fired from his job for blowing the whistle on a defect that would harm soldiers if used as designed, so, he is now blacklisted in the Chicago area. To make matters worse, a local Serbian mobster wants Richard and won’t take no for an answer.
Garou Industries, the loup garou privately owned company, has been searching for Richard to offer him a position in the company as they value having someone with his integrity on staff but Richard disappeared from the engineering world into that of a grocery clerk and bartender.
As a gift to Julio Etienne finds Richard and he reconnects with Julio at Julio’s wedding in Chicago and on Julio’s word, relocates to Manhattan. In Manhattan, Richard begin his new job as an apprentice to Julien Bellaire, who unbeknownst to Richard is also his Mate. Julien convinces Richard to live with him until he gets to know the city and Julien better.
Before they can settle in, the Serbian mobster turns up dead and a corrupt cop who secretly works for the Serbians comes to New York with trumped up charges to pin the murder on Richard. With over eighty witnesses to Richard being on an airplane at the time of the murder, the cop abandons trying to frame Richard and instead plots to murder him. The loup garou request assistance from the Italian mob to protect Richard which comes with some interesting consequences.

You never forget your first love. No matter how hard you try.

After getting caught making out with a boy in his parent’s kitchen the day of his high school graduation, Benito Quintana left his best friend (and unrequited crush) Mikey behind when he stormed off in a righteous teenage rage and joined the Marines.

The whole Marines thing didn’t work out so well, but one dishonorable discharge and a few alcohol-soaked years later, things are looking up. He’s almost a year sober. He has a new job, in a new town where no one knows his history of failure, so he can start fresh. He’s totally got this.

Michael Washington had his life all planned out. But seeing Benny with his tongue down some guy’s throat short-circuited his brain, and everything he thought he knew about himself went right out the window. Benny left before Mikey could get his head straightened out, and Mikey never did get the chance to explain.

Mikey’s world crumbled again when the death of his wife forced him to drop out of law school to raise his infant daughter. Four years later and he’s just getting his feet under him. Mikey is ready to give in to his long-suppressed desires. What better place than the Pride Masquerade Party for an anonymous hookup?

It isn’t until the masks come off that Mikey realizes he’s screwed in more ways than one.

Chance for Christmas by DJ Jamison

Chance Rasmussen returns to Ashe, Kansas, eight years after his high school crush humiliated him with a sext that went viral. He’s low on holiday spirit with his personal ghost of Christmas past haunting him, but when his BFF asks him to attend a party as her fake date, he reluctantly agrees. The last person he expects to see there is Joe Stewart, the compassionate prosecutor he hero-worshipped during the lowest point of his life.

Joe Stewart is a great prosecutor, but when it comes to romance he’s out of his depth. He came close to love once, but the timing and circumstances were all wrong, so Joe ignored his feelings and threw himself into his work. But when two of his friends drag him to The Ashe Sentinel holiday party, placing him directly in the path of the man he let walk away, Joe realizes he’s been granted a second chance.

The spark of attraction is still there, but Chance isn’t planning to stay in Ashe past the holidays and the spectre of his past still looms large between them. Can they find a way to build a future together or will Joe only have Chance for Christmas?

Chance for Christmas is part of the Ashe Sentinel Connections series, but introduces the love story of two new characters and can be read as a standalone.

Jase Rafferty grew up hiding his sexual curiosities—until he meets Bryan Keating. Bryan’s sexuality is no secret, and being deployed overseas together allows the two men to forge a solid friendship. The sexual attraction is undeniable, but after one lust-filled week, they must go their separate ways.
A year later, a chance meeting gives them one more weekend together, even though they know Jase can’t risk his military career or his family obligations to be with Bryan.
Several years pass before Jase finally accepts the desperate longing in his heart and body. But when fear and hatred threaten to tear them apart, Jase must make a tough decision, one that he isn’t sure he and Bryan can overcome. Together, they must choose to weather the storm or say goodbye forever.

**This is a male/male romance meant for ages 18+ due to adult language and adult situations.**

Werewolf at the Zoo by Charlie Richards

Free at the publisher’s page:
http://www.extasybooks.com/werewolf-at-the-zoo/

Helping his brother escape the zoo, Rainy discovers more than just an array of animals.

Rainy scouts the zoo, planning a mission to rescue his brother, who’d been sold by poachers while in wolf form. He gets a whiff of the most intoxicating scent, the man Travis Carlyle, his mate. But he quickly finds out that before he can claim the handsome veterinarian, Rainy has to convince Travis that he’s worth coming out of the closet for.

Travis leads a quiet, discreet life, avoiding any situation that could possibly out him to his family. After so many years alone, Travis finds the love, affection, and acceptance Rainy offers him too hard to resist. But just when he decides Rainy might be worth the persecution of revealing his sexuality, he discovers Rainy has been keeping secrets, a lot of secrets: Werewolves, Shifters, Mates? When he watches a shift with his own eyes, Travis is forced to accept the truth.

Too bad not everyone wants Travis to know the wolves’ secrets, tossing him into a feud between shifters. When Travis’s father tries to come between them, can Rainy convince Travis to choose a dangerous, love-filled life with him instead of the comfortable, quiet existence he’s led with his family? 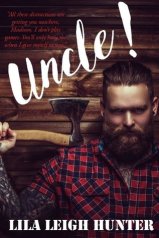 Get it for free here: https://www.instafreebie.com/free/Bcfd9

When he received a frantic call from his older sister, the last thing Jonah Jacobson expected to hear was that Madison Bishop was having a makeover emergency. Her brother-in-law was the epitome of a lumberjack—from the flannel shirts and unkempt beard to the broad build and mud wrestling titles. But when Jonah arrived to the rescue, he ended up having a night to remember and a date with Madison.

Discovering he had more in common with Jonah than their niece was a pleasurable surprise in more than one way for Madison. The only thing he needed to do was show the fashion forward stylist how good they could be together if Jonah allowed him to take the lead.

Dying for a Living by Kory M. Shrum

On the morning before her 67th death, it is business as usual for Jesse Sullivan: meet with the mortician, counsel soon-to-be-dead clients, and have coffee while reading the latest regeneration theory. Jesse dies for a living, literally. As a Necronite, she is one of the population’s rare 2% who can serve as a death replacement agent, dying so others don’t have to. Although each death is different, the result is the same: a life is saved, and Jesse resurrects days later with sore muscles, new scars, and another hole in her memory.

But when Jesse is murdered and becomes the sole suspect in a federal investigation, more than her freedom and sanity are at stake. She must catch the killer herself–or die trying.

Called “addictive” by New York Times bestseller Darynda Jones, this book is perfect for fans of sarcastic heroines surrounded by loyal friends, and stories with enough action and intrigue to keep you turning the page.