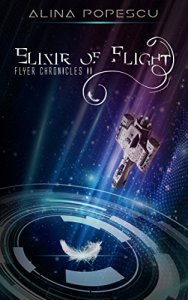 The truth always comes to light, no matter how old or dark the intergalactic veil of lies.

When flyers Michael and Samandriel set out to find the elusive Ishtahr sanctuary, the truths they uncover about the origin of their race threaten the very foundation of the Intergalactic Alliance. If exposed, the alliance’s revered overseers might lose their rule over the galaxies and their ultimate military force, the flyers.

Desperate to protect Adam, his lover, Michael will go against anyone who threatens the human’s life. Put into stasis by what seems to be a miracle, Adam’s survival is on the line even without the overwatch trying to execute him. As Ishtahr welcomes them, Michael uncovers more of the overseers’ lies and manipulations. His and Samandriel’s rage grows stronger with every new revelation about flyers’ essence.

With overseers ready to go to war against Ishtahr, Samandriel determined to expose their lies, and the sanctuary refusing to bow down to fickle threats, the entire universe is on the brink of implosion. Will Michael and Adam ever find their happiness in such dire circumstances? 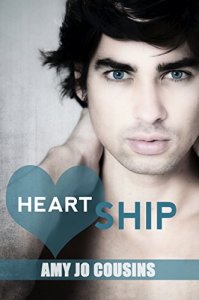 Benji never meant to catfish a hot college football player in Minnesota when he met a fellow anime fan online. But when @joshfortytwo announces he’s coming to Miami for a spontaneous visit, Benji is pretty sure the left tackle—whatever that is—expects to meet a cute girl in a bikini, not an aging twink hoping to finally get his life together when he finishes massage therapy school.

Josh doesn’t let himself wonder about questions like:
•why don’t you want to ask @princessglitter if she’s a girl?
•why don’t you tell your friends that you can’t hang on Sunday nights because you’ve got a date to watch anime with your new BFF?
•why do you call it a date?
All he knows is that he needs to escape from the stress of having been injured just before the bowl game, and @princessglitter has somehow become his best friend.

But when Josh’s secrets and Benji’s sex appeal smash together for forty-eight scorching hours, they’re going to feel the heat from Miami to Minnesota.

Cinderella in the Sheets by Reece Pine

Prince on the streets seeks Cinderella in the sheets.

Presley has a problem. It’s not that his evil stepdad is President of the USA, and he’s tired of traveling the country to stealthily sway right-wing governors & senators over to the side of good. (Well, besides that.) It’s that the escort Presley hired for a night of fun turned out to not be an escort after all, and now he can’t find the guy. Damn his habit of always wearing a blindfold whenever he hooks up with strangers!

Half his Secret Service detail are after the guy for the security threat he poses, half are on team #finallygetPresleyaBF, and Presley himself just wants to see the guy once more to figure out if what he felt that night was real. All they have to go on are a couple of clues and the glasses the guy left in Presley’s hotel room, but by using all the surveillance they can get away with, they’ll find him somehow. 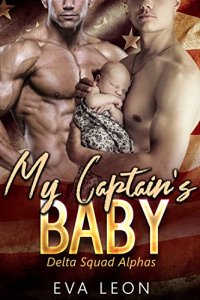 My Captain’s Baby by Eva Leon

He’s wanted Specialist Aden Chandler since the man was assigned to his squad. The only issue is Aden is an alpha.

When an op goes sideways, Zane’s alpha instincts take over. All he cares about is keeping the snarky flirt of a sniper safe.
Specialist Aden Chandler lied about his omega status when he enlisted.

He has his dream job in the special forces and he’ll do what it takes to keep his dream alive, even if it means illegal suppressants and denying his need for his Captain.

But an op gone wrong changes everything and threatens to ruin both his and Captain Mayfield’s military career. Will Captain Mayfield choose duty over love? Or will Aden be proven once again that alphas can’t be trusted?
This non-shifter Mpreg romance is a standalone with no cliffhanger, but it is the first story of the Delta Squad Alphas trilogy. It features a friends-to-lovers story, steamy scenes, military action, pregnancy fun, snarky flirting, romantic interludes, and two hot men in uniform on a mission for their happily-ever-after. 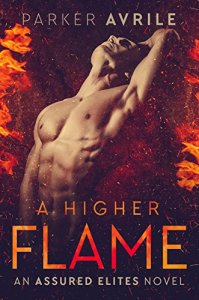 A Higher Flame by Parker Avrile

A celebrity matchmaking service pairs a lonely billionaire with a playboy actor. Are they nuts?

“Just be nice, and don’t break his heart too fast. Wait until after the Oscars.”

Bad boy Trent has been nominated for Best Actor, and now the rising star needs to clean up his act. A steady man at his side will make him seem more authentic to the Academy voters. Some people might call them fake boyfriends, but Trent doesn’t mind going the extra mile to make their gossip column romance seem real and red-hot.

“There are so many ways this could blow up into you screwing up and having fun.”

Ben isn’t quite sure why Gran volunteered him for a series of dates with a Hollywood actor. The spotlight is for other billionaires. Ben chooses to be alone in the shadows. If he wants to be with Trent, he’ll have to get used to the cameras.

Assured Elites never fails to put together the dreamiest matches, but this time they may have gone a step too far. Will Trent and Ben break their perfect record?

A Higher Flame is a full-length steamy gay romance novel that features a bashful billionaire, a secret beach, an oversized dog, and a bad boy who needs to clean up his act. Always a guaranteed happy ending, and absolutely no cheating or cliffhangers.

Each novel in the Assured Elites series deals with a different couple. Feel free to start anywhere and to read them in any order. 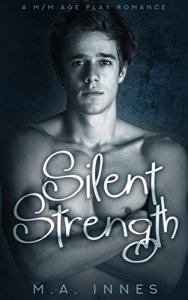 Eric knows what he needs…he just doesn’t think anyone else will want it too.

Marcus knows what he wants, and he’s spent months getting everything perfect for his boy…now he just needs to find him.

When Marcus sees Eric at Bound & Controlled, he’s immediately drawn to the sweet submissive who’s desperately trying to hide his devastation. Marcus steps in when he sees the sub’s evening going wrong, but he’s not sure what the shy submissive is looking for. Just because he wants the boy to need a daddy doesn’t mean he’s going to get what he hopes for.

As they discover their mutual desires, Marcus is sure that Eric has the strength to go after what he yearns for; he just needs his daddy’s help and love to see it. 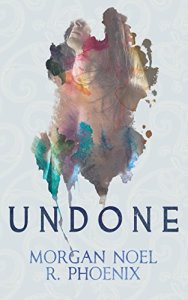 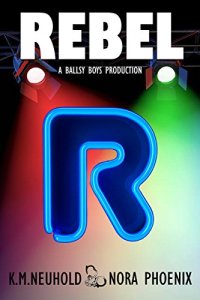 “I don’t do relationships, I break them.” ~ Troy

If there’s one thing life has taught me it’s that everyone eventually leaves. But that’s okay because I have a strategy: no friends, no boyfriends, limit repeat hook-ups, no sleep overs, and above all leave them before they leave me. I’ve put my break-up skills to work doing others’ dirty work for them.
The last thing I expected when I agreed to do an embarrassing breakup song and dance was to end up on the doorstep of the very recognizable—and stupidly sexy—Rebel. When you meet a man like Rebel you’d be insane not to make a move. And just because he has me tossing out every single one of my rules doesn’t mean I’m in trouble, right?

“I’m everyone’s friend, but no one’s everything.” ~ Rebel

I love working for Ballsy Boys, but when you make the kind of videos I do relationships are pretty damn impossible. Besides, guys find me sexy and want to either be with me or be me, but no one has ever cared enough to see the real me.
Until I meet Troy. He has no problem whatsoever with my job, but he’s determined to keep me at a distance. For the first time, a hook-up alone is not enough. I want more with him. Hell, I want everything. But he resists at every step until I’m about ready to give up. What do I need to do to show him that this is real and worth fighting for?

***Rebel is the first book in the Ballsy Boys Series and is a super sexy MM romance with plenty of good times. While this book and this series do contain some instances of sex outside of the main relationships, they DO NOT contain cheating. 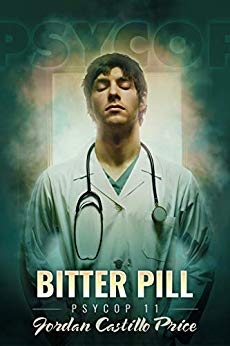