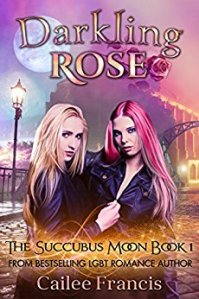 Darkling Rose is a F/F romantic urban fantasy novella of around 22,000 words, which contains strong steamy content and language. 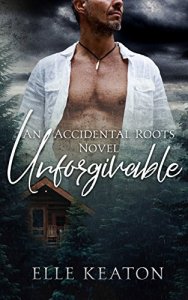 No one ever claimed it would be easy.

Running away from a messy divorce did not bring Ira Fragale the peace he sought. If he’s going to get his life together he needs to pull up his big boy pants and take care of business. He’s been hiding out, licking his wounds in Skagit for two years now, keeping his head down (aside from the trail of twink hearts he’s left behind), something’s gotta to give.

Bartending at the Loft is easy, Cam likes the community he’s found since his family’s rejection, but he craves more. He wants Ira Fragale but first Cam needs to take Ira off the pedestal he’s placed him on. Ira’s older but that doesn’t mean he has any clearer idea about life and the universe than Cam. Cam needs to focus on his own needs and forget about Ira, but he can’t.

Ira didn’t chose Skagit at random, events over twenty years ago set him on the path his is on today. The mystery of his father’s murder may never be solved but Ira would like to lay his spirit to rest.

None of this explains the upswing of hate crimes in Skagit. The small town has its share of trouble but someone, or someones, are on the prowl harassing the LGBTQ community, and Cameron is directly in their crosshairs. 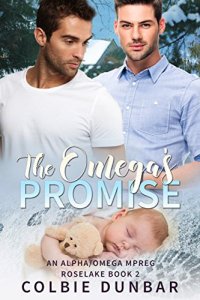 The Omega’s Promise by Colbie Dunbar

Past mistakes have a way of catching up with you—just ask Jake Gibson.

After receiving a proposal from his mate, Liam, a very pregnant Jake is forced to fess up about his past. In his usual alpha way, Liam comes up with a solution, but the more he hears from the omega, the more he realizes he can’t fix this on his own.

And there’s an impatient baby who’s eager to meet both parents, and the little one doesn’t care if there’s a snow storm raging or an unexpected visitor terrifies both the alpha and omega.

Liam and Jake confront an unpleasant reality, and the alpha in particular wonders if their relationship has been built on lies.

Despite their lives unraveling, Liam and Jake’s desire for one another simmers just below the surface until the omega makes a decision and the passion that brought them together ignites.

But as the pair fight to keep their family together, someone Jake knows threatens to tear them apart.

This is a 23,000-word non-shifter, mpreg novella, and it is the second of three books in the Roselake series. 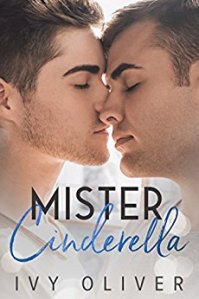 Never fall for a charming Prince…

Harry-freaking-Prince. He’s my arrogant, demanding, sexy-as-sin boss. A six-foot giant who micromanages his lattes.If he asks me to redo his coffee one more time, I’ll throw it in his face.

Prince is a pain in my you-know-what—but that’s wishful thinking. There’s no way he’s into me, except he won’t let me out of his sight. Before long, Prince makes his intentions clear with a kiss.

He wants to blur the lines between work and play, but it has to stay a secret.

In exchange for my silence, I’ll get a new apartment, a rack full of designer suits, date nights at swanky restaurants, anything I want. Anything except for what I need. A real relationship with him.

I promised him I would keep it quiet. I promised myself I wouldn’t fall in love. 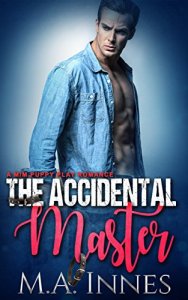 The Accidental Master by M.A. Innes

One accident has turned Jackson’s life completely upside down.

When Jackson’s sister inadvertently posts an ad for a puppy play book instead of his dog training business, his inbox explodes with the most interesting emails he’s ever seen. In a sea of kink that he’s never even considered, one sweet letter stands out. It’s polite and earnest, and something about the two men’s words touches him in a way he never expected…but they’re not just looking for a lover…they’re looking for a master.

Cooper and Sawyer know that they have a better chance of winning the lottery than meeting the man of their dreams. Mature, sweet, dominant masters don’t just drop out of the sky…and when they add in the fact that they’re looking for a man who will love them both, the odds are astronomical. When they see Jackson’s ad online, Cooper couldn’t be more excited. He’s confident that the mysterious man who hints at being a master will be perfect for them. Sawyer, on the other hand, isn’t so sure that everything will go the way Cooper imagines, but saying no to Cooper is like stopping an excitable, well-meaning train. However, when Jackson actually responds to their email, suddenly the impossible seems to be right within their grasp.

Sparks and laughter fly as Cooper and Sawyer get to know the man who just might become their accidental master. 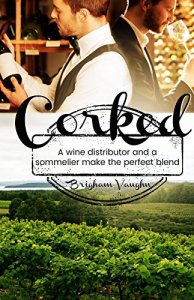 “Corked” is an expanded re-release with new editing and over 8,000 words of additional content!

Sean Powell is having a terrible day. When he walks into Bistro Argent, ready to unwind over a glass of wine with the sommelier, he’s stunned to discover his friend has been replaced by a hot young guy with big ideas. Lucas Spencer is determined to liven up the staid and stodgy wine list, but his brash approach alienates the wine distributor during their first meeting.

There’s no avoiding each other though and the more they butt heads, the hotter the tension between them gets. As they work together and their relationship progresses, they have to figure out how to blend their professional frustration and personal attraction without risking their careers.

Lucas is eleven years younger than Sean, and despite their sizzling chemistry and compatibility, Sean can’t quite believe the feelings are mutual. A wine tasting trip to Traverse City, Michigan threatens their fledgling relationship. Sean’s insecurities rise to the surface as Lucas’s fears of losing Sean lead to jealousy.

Does the relationship have legs or will they find out it’s corked? 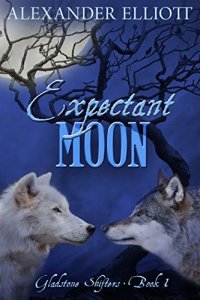 Join the Gladstone shifters as they find love, acceptance and purpose in a time of monumental change. Expect the unexpected. Expectant Moon.