Leap of Faith by Jackie Keswick

Close friends and partners at FireWorks Security, Joel Weston and Kieran Ross know each other’s strengths and weaknesses. They have each other’s backs, make a formidable team, and carefully ignore their volatile chemistry.

When Kieran struggles with the aftermath of an assignment gone wrong, Joel is there to help. When Joel is caught in an explosion, Kieran jumps into a burning marina to rescue the man who means so much to him. But they never discuss what’s closest to their hearts, not prepared to risk their friendship for the mere possibility of something more.

Faced with bombs, assassins, and old ghosts, Joel and Kieran must find out why they’re targets, who is coming after them, and—most of all—how each would feel if he lost the other. Should they continue as best friends, or is it time to take a leap of faith? 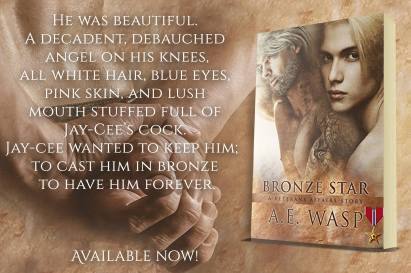 Chris Dobbs is used to getting what he wants, and what he wants now is his boss.
Everything about the dangerously handsome enigmatic older man drives him to his knees in more ways than one, ways Chris is realizing he’s always craved.

Giving Jay-Cee his body is as simple as breathing, but when Chris smashes through all of Jay-Cee’s hard earned control, he learns Jay-Cee demands more than just his obedience. He wants things Chris can’t give him – his heart, his soul, and his trust.

Jay-Cee offered his brilliant young protégé everything. In return, Chris took only the pieces he wanted and rejected the rest, leaving Jay-Cee reeling.

But the deep connection between them isn’t easily severed, and it promises to heal them both of the scars of their pasts. If they are to build a sanctuary from the rubble of their broken hearts, they’re going to have to risk everything. 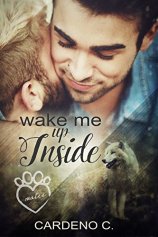 Wake Me Up Inside by Cardeno C

A powerful Alpha wolf shifter and a strong-willed human overcome traditions ingrained over generations and uncover long-buried secrets to fulfill their destiny as true mates.

Regarded as the strongest wolf shifter in generations, Alpha Zev Hassick is surprised and confused by his attraction to his best friend. His very human, very male best friend. A male shifter has to mate with a female shifter to keep his humanity, so shifters can’t be gay. Yet, everything inside Zev tells him Jonah is his true mate.

Maintaining a relationship with the man he has loved since childhood isn’t easy for Jonah Marvel, but he won’t let distance or Zev’s odd family get in their way. When unexplained ailments begin to plague Jonah, he needs to save his own life and sanity in order to have a future with Zev.

Zev and Jonah know they’re destined for each other, but they must overcome traditions ingrained over generations and long-buried secrets to fulfill their destiny.

After being abandoned by his mates, Shiki Kirishima, beta of the Dragons of the Fang werewolf tribe, returns to his home in Tokyo. Overwhelmed by grief, he decides to end it all by going into Siberian Killer territory and challenging the tribe to a battle to the death.

The Killer’s beta, Ganzorig, grasps the potentially disastrous consequences of his tribe killing Shiki, and saves him instead. Having suffered loss, Ganz takes it upon himself to help Shiki deal with his pain, then return him safely to his tribe.

Shiki’s best friend since childhood, Blake, is as determined as Ganzorig to show him there is life after a wolf’s ultimate loss, that of a mate.

Once Shiki leaves the seclusion of Ganzorig’s compound and returns to Tokyo, Blake is the only person he allows near. Blake is more than happy to give Shiki space to lick his wounds and deal with everything in his place. Shielded from his responsibilities to his family and tribe, and cocooned in Blake’s care, Shiki thrives on his journey to healing.

As the real world pushes its way in, with competing tribes causing trouble, children to worry about, and exes to deal with, will Shiki be able to cope or will he spiral back to a state of pure misery? And is there room for more than friendship between him and Blake? 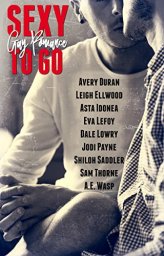 9 Hot MM stories sexy enough to make your blood sing. Find shifters, hunky construction men, mythological heroes and everyday lovers who scorch the sheets with their man on man lovin’. From honey-mooning couples to intense instant hookups, these same-sex couples remind us that love is always worth fighting for, no matter what the cost.

Check out the KU FUN and enter the GIVEAWAY