Now available in a handy, cost effective box set, the Shatterproof Bond series will clutch at your heart and leave you aching for more. Come along on a thrlling, adventure with Scotsman Declan Ramsay and Englishman Sam Aiken featuring soaring M/M romance, love, laughter and sizzling lovemaking .
Sam and Declan meet at their siblings Scottish castle wedding during novel # 1 “As You Wish”.
The couple’s relationship deepens in novel #2 “Illuminate the Shadows”and as they get to know one another the true nature of the Aiken family business is revealed.
Novel #3 “Return to Zero” see’s Sam and Declan up to their necks in trouble in the Scottish Highlands, and Declan has to dig deep to save the man he loves. 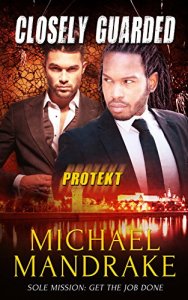 On sale on the Pride Publishing Page for 3.99!

Book 2 in the PROTEKT series

Promises are meant to be broken sometimes. Can Kimball complete the mission and keep his feelings for fellow agent Darien in check in the process?

Darien Mosely, aka BA Pointe, is a former NYPD officer with a chip on his shoulder. He came to PROTEKT in search of a new identity and career after being accused of killing a man in cold blood. Darien’s keen perception is what has made him an asset, but his cockiness has often landed him in hot water.

Kimball Emerson, aka Justice Masters, is an important figure in PROTEKT. Being a former army sergeant, he’s used to keeping secrets and being in danger on a regular basis. As one of the prime figures in the organization, he is counted on to be the finisher and, for the group’s latest task, he’s been called upon to find the leaders of a Russian mob. It should be easy enough with all his knowledge and special skills but not with his close friend Darien Mosely along for the ride.

Kimball made a promise to his fiancé that he’d come back in one piece and not watch his partner’s ass, but he isn’t sure he’ll be able to keep the latter. Darien and Kimball have been best friends for five years and, at a Christmas party several months ago, they shared a kiss that left an indelible mark on their relationship.

This latest mission calls for focus and calmer heads if they are to find the offenders who are bringing illegal drugs into Russia. The question is, how can they do it with mutual feelings and the threat of extreme danger looming over their heads?

Smudge really needs to get laid, if only to stop himself wondering about the softness of Raleigh’s curls and why he keeps running away.

After his tumultuous teenage years, Smudge has settled into his quiet life in the sleepy English village of Slopy Bottom. He’s his own boss with the time and space to indulge his artistic creativity. And he has friends. He’s happy. Satisfied. Lonely. And the pool of potential soulmates is almost non-existent. His friends, Rick and Mal, flush with their own happy romance, keep trying to set him up with the most incompatible men, and he’s never finding true love on Grindr. Hell, he’s not even going to manage a hook up based on the kinky messages he’s been getting recently. He’ll just have to slake his desire to find his own HEA in the pages of bosom-heaving romance novels.

Raleigh is the darling of Slopy Bottom’s blue rinse brigade: church organist, mobile librarian, and apparently wedded to his trademark cardigans. He seems to be the polar opposite of the artistic Smudge, whose brightly coloured mohawk and piercings should be a red flag to Raleigh. Yet he’s yearning for company too. It’s just that Raleigh has less expectation and definitely less courage to chase after it, for reasons that he keeps very close to his chest. Reasons that don’t stop him from being drawn irresistibly to Smudge.

Smudge is sure that the way Raleigh runs from him whenever he sees him is cruelly deliberate. A reflection on his bad boy looks and his disdain for Raleigh’s precious church. So why can’t he stop thinking about the softness of Raleigh’s curls and his delicate body? Then Raleigh offers an olive branch of sugar and caffeine, Smudge’s favourite combination, starting them on a road to an awkward truce. And when they are conned into working together on a community project at the local hospital, the proximity ignites a spark that can’t be ignored. But navigating the murky waters that could take their relationship beyond tentative friendship all depends on whether Raleigh can release his secret fears – and whether Smudge is the man to share and allay them.

Nothing Special Series by A.E. Via

The whole series is discounted, please go to A.E. Via’s page to get the links!

A.E. Via is also giving away a Kindle Fire, so please check out the giveaway (see link below)
a Rafflecopter giveaway 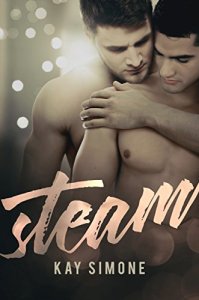 “What do you say to a quickie?”

Fans of Kay Simone will love Steam, a 60k collection of six standalone gay love stories with searingly sexy payoffs and happy endings. Two stories, “A Rational Man” and “An Honest Mistake,” are brand new and won’t be available anywhere but in the pages of Steam.

With a vast array of themes, from endearing enemies-to-lovers to scorching hot daddy kink, Steam has something to offer every reader!

*The Duet: Barrett is unlucky in love, but at least he has his beautiful condo. It comes with great views, an ideal location, and a neighbor upstairs who plays the piano so beautifully that Barrett finds himself falling for the guy, sight unseen. When Barrett finally discovers the identity of his piano-playing crush, he’s horrified to find that it’s Josh: the rude neighbor that stole his mail and insulted him. Josh may not be the man Barrett pictured, but when they finally meet on new terms, he’s certain he can make it up to Barrett with a little two-handed fortissimo action. (A sweet, funny enemies-to-lovers story.)

*Bets Are Off: Maybe it’s a lapse in logic or maybe it’s desperation that leads Logan to this spot. Wyatt has assured him that Eric’s escorts are the best, but even then–a call boy? Really?
When the rude kid that shows up on Logan’s doorstep is nothing like what he asked for, he’s ready to pay the escort and say goodbye before he regrets the entire situation. But there’s something about Henry that Logan can’t quite turn away. In the end, Henry is ready to give Logan exactly what he’s looking for–but he’s going to make Logan wait until he’s begging for it. (A hot May-December story with edging. Includes positive portrayals of sex work.)

*A Rational Man: Having multiple boyfriends sounded like a great idea in the beginning–and the reality of it for Owen was even better. But a year in, Owen suddenly finds himself left behind. Feeling like a third wheel, Owen lapses into bad habits that he thought he’d conquered years ago. When he begins to withdraw and restrict his eating, one of his boyfriends decides to prove to Owen that he loves him–and his body–by making Owen the center of attention. (Includes polyamory, body worship, and frank discussions of eating disorders.)

*An Honest Mistake: A re-imagining of the relationship between Will and Daniel from The Aftermath. After Will accidentally sexts the stranger who is set to deliver his groceries, he’s mortified to find out that the man is one of his college students, Daniel. When Daniel arrives with Will’s order–and the very incriminating personal text message–he shocks his professor by saying that he wants to know more. (An emotional and funny exploration of daddy kink.)

This collection contains no cliffhangers, no cheating, and plenty of hot scenes, all with happy-for-now endings. Stories range from a 5,000-word quickie to a more established 16,000 word story, but each one includes interesting characters in unexpected situations.

CHRISTMAS IN THE SUN

Return to Sapphire Cay for Christmas. Lucas and Dylan invite their friends to share in their Christmas celebrations on the island along with Lucas’s sister, Tasha, and her husband. Christmas is a time for family, forgiveness, and to look to the future, and this year Dylan has to face up to all three.

Forgiveness is a hard thing to give and sometimes even harder to receive.

Model, Isaac Bailey wants to break into the world of fashion design. Under his father’s company name, he is set to debut his new collection—summer wear. He has the models, the clothes, what he needs is a location. Mitch Stone is a trouble shooter. His latest client needs an exotic location and he happens to know someone with the very thing—Sapphire Cay.

Having underestimated Isaac as nothing more than an airhead model, Mitch soon discovers there is much more to the young man than he first thought. As the fashion shoot gets underway, Mitch has to contend with his feelings for his old love, Dylan, and the very new and growing affections he has for Isaac.

What starts as just another job, turns out to be more fruitful and exhilarating than winning any multi-million dollar contract.

FOREVER IN THE SUN

Feuding families, unearthed secrets, and a violent storm threatens the Cay. Will the idyllic island with her cast of characters make it through unscathed? It’s time for the circle to close on the story of Sapphire Cay, and on the men who have lived and found love on her beaches.

Connor and Shaun are directly related to Peter and Alfie, a couple whose clandestine lover affair was overshadowed by old prejudices and a world war. Shaun Jamieson is a writer, a romantic and needs to pen the story of the affair’s final secrets; Connor French’s family wants to stop Shaun.

When the two men step onto the sands of Sapphire Cay, they find more than just the secrets of an old love. They find hope and comfort in each other. But with the past hanging over them, can they ever have what Peter and Alfie could not? Or are they just as ill-fated as their ancestors?

Truly Yours 1: Toby & Dalton by Aria Grace and Chris McHart

Release day will be Friday, April 14th. No links available yet

Finding a shifter mate is tough. Dalton is open to love, but the few dates he’s been on have been terrible. He’s just about to give up on searching for happiness when a young shifter passes by him, providing hope that maybe this time he’ll find love.

Toby has been hurt one too many times. He always picks the wrong men and doesn’t believe he deserves anything better. When his best friend forces him to check out a shifter matchmaking service, he doesn’t have any hope that things could work out for him. Because, why should Dalton be different than the others?

However, fate knows better. And both men might be in for the shock of their lives.