Currently, there is an auction going on to help LGBT people in Chechnya get to safety. This was started by Dale Lowry and if you have a moment to check it out and help, it would be greatly appreciated!

Please, help those men get to safety! 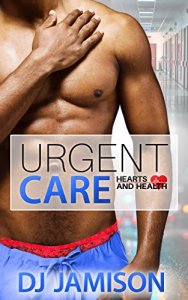 Twelve years too late …
Xavier James is shocked when he runs into the first man who ever broke his heart. His ex-boyfriend has only gotten sexier over the past decade, but Xavier isn’t about to go down that road again. When they cross paths at the hospital’s urgent care clinic, where Xavier is doing a student nursing rotation, it’s more difficult to dismiss the man. Thrown together by work and forced into close quarters, a visit to memory lane is incredibly tempting.

It’s never too late to start over …
Dr. Trent Cavendish made a huge mistake when he walked away from the love of his life at age 18. When his best friend suddenly dies 12 years later, it rattles Trent into seeing just how empty his life has become. Determined to go back to the moment he put himself on the path to ambition over happiness, he walks away from the OR and takes a temporary position in his hometown. It’s time to make amends to the man he left behind.

Oh, how things have changed …
Instead of the sweet but tame guy he left behind, Trent runs into a smoking-hot Xavier James dressed in bits of lace and silk at a gay nightclub. He never knew he had a fetish for a man in delicate clothing until now. His plan to earn Xavier’s forgiveness immediately shifts to lust, and love’s not far behind. But Xavier is wary of this new Trent Cavendish. The villain of his memories is considerate and kind, but Xavier wants to be more than a new goal to chase. 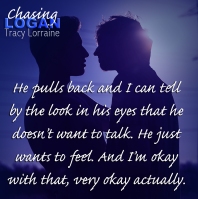 Love in the Stacks by Cara Malone

Mira Lockhart is married to her work. One of the youngest library directors in the state, she has been climbing ladders for so long she’s forgotten what life is like outside the library. Not that she has time for love and all that mushy stuff – Westbrook Public Library is the most challenging place she’s ever worked, and every day there’s a new crisis to avert.

Her new library page, for one.

Chelle Tate is young, wild, and free, with fiery red hair and a confidence that instantly draws Mira in – perhaps too close, as Mira finds herself crossing professional boundaries against her better judgment.

As tensions mount between the two women, so do the bizarre occurrences at the library – boycotts and vandalism and sex in the stacks all conspire to threaten Mira’s job and keep her from finding balance and happiness with Chelle.

Mira finds love in the stacks, but will she have the courage to pursue it?

Do happily ever afters always have to be so traditional?
Rylee Stafford has asked herself this question since she was eighteen years old. Now, at twenty-eight, she still doesn’t have an answer. One thing she knows for sure is even if she can have the unconventional relationship she’s always dreamed of, it would never fly with her family. Her sexual proclivities would never be accepted by them or their social circle.
The truth is, Rylee is tired of hiding her feelings—tired of wanting what she can’t have and so tired of feeling abnormal because she wants a different kind of love.
She’s kept her secret well-hidden, especially from Nick, her on again off again love affair. Her secret isn’t their only stumbling block, though—Rylee’s also met someone new. Someone who sets her heart and soul on fire; he’s sexy, smart, possessive, and he wants her. No matter how much she cares for them, she can’t bring herself to tell them the truth. The only way to Rylee’s heart is to have a relationship with both men.
It’s only when Rylee takes her annual vacation does she finally realize her happiness is worth more than what anyone thinks of her. Now the only question is: will Rylee’s alternate lifestyle alienate everyone she loves? Or will she be accepted for the person she’s always been deep down inside?
*Please Note – Sharing Rylee, is a romance with M/M and M/F/M sexual scenes.*
***Mature Content Warning- This book contains situations not intended for persons under the age of 18. Including, but not limited to – explicit sexual encounters, graphic language and alcohol use that some readers may find objectionable.***

Lane, a newborn vampire, still feels the pain of betrayal. Two years ago, a faithless boyfriend took his life, and now, Lane’s Maker has also left him behind. The pain of separation burns strong when all Lane wants are arms to hold him and enough warm blood to satisfy his voracious appetite. At a shifter party, Lane is drawn to a hunky Alpha werewolf who tries to console him.

Parker is more than a thoughtless hookup. Since his family disowned him for finding boys just as hot as girls, all he wants is someone to love and look after. The sweet little vamp calls to his protective instincts, but he sure is jumpy. Cuddling with boys is new and delicious, but when this boy also wants him as a food source, things get complicated.

Vampires and shifters aren’t supposed to get along, and Parker’s rough dominance triggers bad memories for Lane. But Parker’s wolf wants Lane, and he knows he can give Lane what he needs. Can Lane learn to navigate his past and give the thing growing between them a chance? Or will the very real possibilities of heartache, abandonment, and even death, keep them apart?

Let Me Catch You by Kent Deron

Self-conscious, Inver Murray has come home to Clifton to bury the father he barely knew. Staying with his father’s former boss, Stephen Davis, provides a distraction from his mess of a life, and a face that continues to haunt him. Soon though, awkward interactions with Stephen, and strange happenings in the night, begin to rattle Inver who is unaware his handsome host intends to make him pay for the sins of his father.

It’s 1995 and cocky womanizer Stephen has returned to the family farm to inherit a responsibility that was never meant to be his. Feeling bored and trapped he develops an unlikely friendship with social outcast Shaun Munro. As lines between mates are crossed, Stephen begins to question what he stands for. The true spirit of their friendship betrays those around them, leading to severe consequences in a town rife with secrets, and forces Stephen to choose which path in life to take. 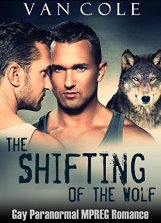 The Shifting Of The Wolf by Van Cole

Would You Sacrifice Fame And Fortune To Keep Your Lover?

When Munro Albertson began his career as a personal assistant, he never expected to work for a famous actor, let alone his childhood crush, Gale Ridge.

And Gale has his own surprises in store. A new role brings him into the woods, the perfect setting for him to embrace his identity as a wolf shifter. Supernaturally enchanting both in-person and on-screen, he quickly lures Munro into his world.

Munro quickly finds himself swept off his feet, and pregnant with Gale’s child. Forced to break the news and cross professional barriers, he risks losing the love and support of one of the world’s most beloved actors. Gale, on the other hand, must decide whether to hide the child, or to put his shifter identity at center stage – at the risk of his career.

The Groom May Kiss The Groom by  Walker Frost

How Long Can You Keep Your Secret Lover A Secret?

Beckett Sutherland has the kind of baseball career that makes most athletes jealous. He gets the sponsorships, he gets the shining media profile, and he gets the girls. As egos go, you’d think his was about to pop – but he’s a nice enough guy that he seems to get away with his swaggering confidence.

Charlie Adams, on the other hand, is just an up-and-comer. He’s worked hard since college to even get in front of the professional baseball talent scouts, and now he’s finally being offered a position on a team.

Just so happens that it’s the same team as his college room-mate, Beck Sutherland – so Charlie’s forced to wonder whether he actually earned his spot, or if his old buddy pulled a few strings. Either way, having Beck around is going to make it even harder to carve himself a spot on this team. He’s too much of a distraction… especially after a drunken night in Vegas goes badly wrong.

After all, the second the media finds out he’s gay? One strike and you’re out – for being out. Now, he’s at risk of dragging the famous Beck Sutherland down with him.

He just wishes he wasn’t so tempted to go down on him.

Also, check out the KU FUN!!