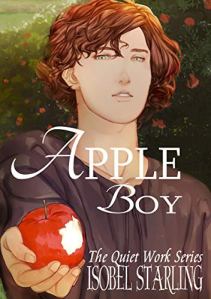 A lost lordling, a farm boy, and a tale of mystery, magic, and murder!

After a traumatic event, Winter Aeling finds himself destitute and penniless in the backwater town of Mallowick. He needs to travel to the city of Serein and impart grave news that will bring war to the Empire, but without a horse, money, and with not a soul willing to help him, he has no choice but to line up with the common folk seeking paid work on the harvest.

As wagons roll into the market square and farmers choose day laborers, Winter is singled out for abuse by a brute of a farmer. The only man who stands up for him is the farmer’s beguiling son, Adam, and on locking eyes with the swarthy young man Winter feels the immediate spark of attraction.

Winter soon realizes there is a reason he has been drawn to Blackdown Farm. The farmer possesses a precious item that was stolen long ago from Winter’s family, and he determines to retrieve it. He also cannot take his eyes off Adam, and as the young man opens up Winter can’t help wondering if Adam is just kind or his kind!

New Release: $ 6.99 on Amazon and available with KU 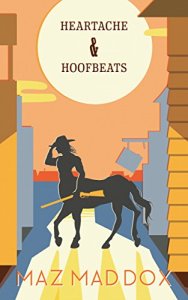 Like all centaur shifters, Sheriff Calhoun is the epitome of honor. He protects his small town of Stallion Ridge and its people from any threat large or small.

When word comes in that the notorious Iron Bandits are making a play for a train in his territory he’s both livid and invigorated. If anyone can bring these thieves to justice it’s him and his crew.

What he did not expect was having a charming, whiskey-eyed outlaw dumped in his lap that challenged everything he thought he knew. 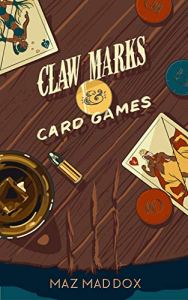 Cooper Woodlock is a man who can’t seem to stay out of trouble. Between his gambling debt and being a widowed father, he can never seem to get Lady Luck back on his side.

Desperate for a winning hand, Cooper starts hitting saloons and tempting fate in order to keep the bloodthirsty Spades at bay.

When a black-clad gunslinger enters the game promising a slice of freedom, Cooper realizes all too late what he is actually playing for. 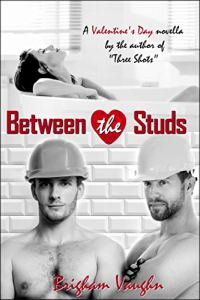 Between the Studs by Brigham Vaughn

After a busy and successful year at her bakery, divorcée Aimee Lucas decides to splurge on a bathroom renovation. The owner of Lucas’s Fine Cakes and Pastries is tired of lackluster Valentine’s Days, so she’s looking forward to a solo celebration this year. Why bother with a mediocre date when she can relax in a tub with a glass of wine?

Joshua Ward and Matt Mitchell co-own a construction company, but there’s a bit more to their partnership than they let on. Although both men have caught the eye of many a homeowner, they never mix business with pleasure.

When Aimee hires J&M Construction to remodel her bathroom, she never expects to find a date. Much less two.

As the project continues, Aimee, Matt, and Josh find themselves drawn to one another. Matt and Josh are happy together, but they’re looking for a woman to be their third, and it quickly becomes clear Aimee might just be whom they’ve been searching for.

With Valentine’s Day quickly approaching, they all have decisions to make. Can Matt and Josh broach the subject without losing their customer? And will Aimee decide she just wants a fling with the hunky contractors, or is it time for her to take a leap of faith on something more? 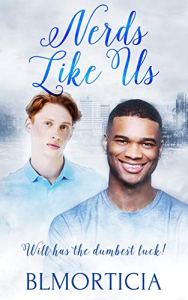 Will has the dumbest luck!

Will is a poor suburban white kid with no clue what he’ll do in life. When his nemesis exclaims, he’s sitting at the wrong table, Will braces himself for a punch that could alter his face. No amount of makeup would cover that up.

Enter James who is the handsome bisexual version of Richie Rich. Instead of burying his head in the books, his plans are derailed when he stops a bully from manhandling Will. Despite walking away, James makes up his mind he and the cutie will get better acquainted.

Although James rescued Will, he isn’t convinced the jock likes him. Not until the impromptu meeting at the mall snowballs into something more.

Will is the first guy to pique James’ interest. Extra kudos for wearing skinny jeans and nail polish. But will that nerd accept one of James’ kinks? Although the chances are high, James worries his valiant effort to save the dorky hottie will be wasted.

You have been warned!

**This is the full version to the story What I Like About You, part of the Beautiful Skin Anthology 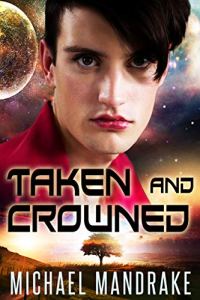 Taken and Crowned by Michael Mandrake

Ambrose’s family tradition destroys his plan to be a forever bachelor.

Although Ambrose doesn’t wish to be with anyone long term, he must find a spouse immediately. According to the rules, no one inherits the throne unless they’re married. Additionally, his father wishes for Ambrose to seek a human. Despite not being elated with the decision, Ambrose figures doing the necessary requirement of mating and impregnating will be enough.

Max, who identifies as non-binary, is tired of being shamed and manhandled. They wish to make a living off their “hobby” but it’s not in the cards. Relationships aren’t even on their list of things to strive for, and they don’t want to change. Unless the person is a certain Hollywood star they have a crush on, Max isn’t interested.

When Ambrose meets Max at their place of employment, Max refuses to give the alien king-in-waiting the time of day.

Little does Max know Ambrose’s calm exterior is a cover up for the monster willing to go great lengths to claim them for a partner.

This title is a standalone dark romance with forced mating, dub-con, MPreg, and smartass aliens who hate to be wrong. On page violence, rough sex, and knotting are included. 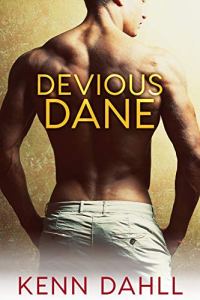 Stalking the attractive son of a European dealer at an art and antiques convention can be pretty futile. Art expert Norm, however, pursued the young Dane−more as an entertaining diversion than expecting anything sexual, after all Norm at thirty-five was at least ten years older than Gil. Imagine Norm’s surprise when Gil attended one of the expert’s seminars.

A short time later, both were back in New York City where Norm’s gallery was located and where Gil managed a satellite venue for his father’s business. A friendly dinner was followed by the extension of an invitation for Gil to use a spare bedroom in Norm’s condo until the young Dane could find affordable accommodations on his own. Norm’s motives were definitely not totally altruistic, but he soon concluded Gil was straight, even though the younger man was affable and even supportive at Norm’s gay soirées.

The Platonic relationship was disrupted by two ostensibly unrelated events. First, Norm inadvertently witnessed a cozy tête-à-tête between Gil and an East European actor Norm recognized from a spread in a gay magazine. After Gil departed from the bar, Tomek, the actor, was joined by a tall man who, after warily glancing around the space, quickly ushered the actor from the bar. Second, the FBI appears at Norm’s door while Gil is away at work. The agent expresses concerns about a conspiracy involving a devious Gil, Tomek, and the tall man. Norm is convinced by the FBI agent to allow surveillance equipment in Gil’s bedroom, and given access to the video feed on his personal computer. 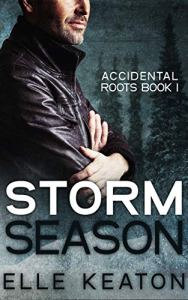 They say you can’t go home again, Adam Klay doesn’t intend to until the death of his father, a famous artist, forces his return to Skagit, Washington. Cleaning up his father’s chaotic life was never on Adam’s bucket list. Worse, Adam finds himself inexplicably drawn to the elusive, terminally-clumsy, gorgeous, Micah Ryan. No way is he getting involved with someone from his hometown, he’s always insisted the best view of Skagit was in his rearview mirror.

Micah Ryan has been coasting on auto-pilot since his family was killed in a car accident a decade earlier. He runs a web business and has an irritable cat. He hardly leaves his house, unless it is for his afternoon espresso. His world tips upside down when Adam Klay rolls into town. For the first time in years, he feels alive. Unfortunately, Micah’s return to the living has been noticed and is not appreciated.

Someone has a secret. Someone is exploiting the vulnerable youth population in Skagit. Teenagers are disappearing, young women turning up dead, the dirty secrets of Skagit are surfacing. 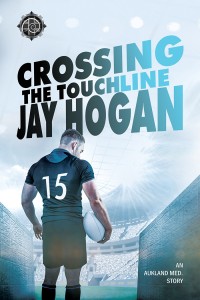 Crossing the Touchline by Jay Hogan

What if you’ve worked your whole life for a dream, to play rugby for the most successful sports team on the planet, the New Zealand All Blacks?

What if that dream is so close you can smell it?

What if you meet someone?

What if you fall in love?

What if your dream will cost the man who’s stolen your heart?

And what if the dream changes?

Reuben Taylor has a choice to make.

Cameron Wano is that choice.

Part of the Auckland Medical series begun at Blackout Books.

Pre-order from Dreamspinner Press for $6.99

From KU Fun for January & February! Check out more here. 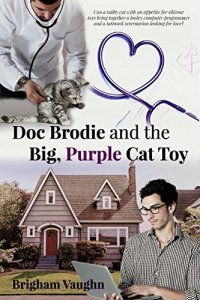 Grant Murchison is a computer programmer with a great job, a small house he’s fixing up, and a mischievous tabby cat named Molly. Doctor Brodie Hall is a veterinarian with a sleeve full of tattoos and an enormous mastiff named Ruby.
When Molly gets sick after nibbling on Grant’s favorite purple toy, he rushes her to the vet clinic where the doctor works. Grant’s embarrassed to admit what Molly ate, but Brodie finds Grant’s reaction charming.
Brodie decides to pursue Molly’s owner, but getting close to Grant is a bigger challenge than he anticipated. Despite Grant’s attraction to the vet, his past leaves him unable to trust in a future together. Doc Brodie may be great with scared and hurting animals but will his technique work on Grant? 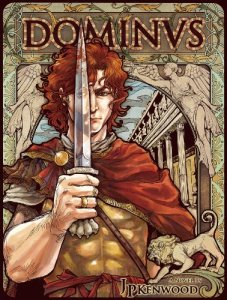 In AD 107, after a grueling campaign against Rome’s fierce enemy, the kingdom of Dacia, Gaius Fabius returns home in triumph. With the bloody battles over, the commander of the Lucky IV Legion now craves life’s simple pleasures: leisurely soaks in fragrant baths, over-flowing cups of wine, and a long holiday at his seaside villa to savor his pleasure slaves. On a whim, he purchases a spirited young Dacian captive and unwittingly sparks a fresh outbreak of the Dacian war; an intimate struggle between two sworn enemies with love and honor at stake. 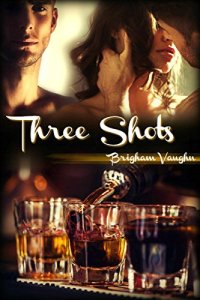 Reeve Jenkins is an amateur musician playing in a dive bar. Grant McGuire is a man drowning his sorrows in beer after a painful breakup. When Reeve charms a reluctant Grant into coming home with him, they begin a three-year friendship with some very nice benefits.

But when the two gorgeous men walk into Hawk Point Tavern—the bar Rachael Bradford owns—one evening and greet each other with a kiss, it sets off a chain of events that leads to a steamy night and maybe something more for the trio. 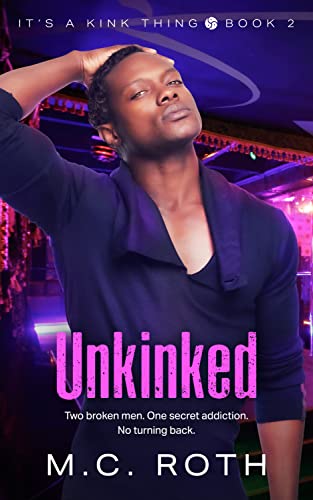