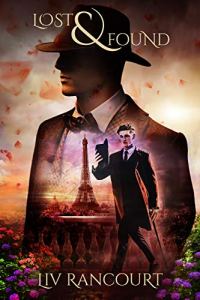 Lost and Found by Liv Rancourt

A dancer who cannot dance and a doctor who cannot heal find in each other the strength to love.

History books will call it The Great War, but for Benjamin Holm, that is a misnomer. The war is a disaster, a calamity, and it leaves Benjamin profoundly wounded, his mind and memory shattered. A year after Armistice, still struggling to regain his mental faculties, he returns to Paris in search of his closest friend, Elias.

Benjamin meets Louis Donadieu, a striking and mysterious dance master. Though Louis is a difficult man to know, he offers to help Benjamin. Together they search the cabarets, salons, and art exhibits in the newly revitalized city on the brink of les années folles (the Crazy Years). Almost despite himself, Benjamin breaches Louis’s defenses, and the two men discover an unexpected passion.

As his memory slowly returns, Benjamin will need every ounce of courage he possesses to recover Elias’s story. He and Louis will need even more than that to lay claim to the love – and the future – they deserve.

NEW RELEASE: $ 2.99 at Amazon and at all retailers 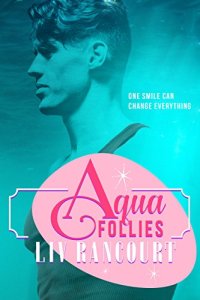 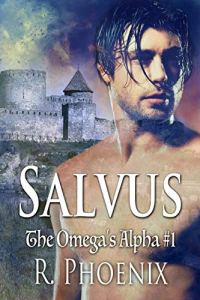 Van doesn’t care if Omar is his fated mate — or whatever other bullshit the world believes in. He’s not going to be trapped in a relationship because the universe says he should be. Worse yet, Van’s not a huge fan of overbearing, entitled, pretentious alphas. Tired of living under the rule of alphas, he runs away to Salvus, a city governed by betas… only to discover that having their protection may not be as idyllic as it sounds…

Omar knows his mate hates him — or at least, Van hates what he is. Even though they have an explosive relationship centered around Omar helping Van through his heats, he still cares enough to agree to take Van to Salvus. But once his mate is gone, he discovers Salvus hides sinister secrets. 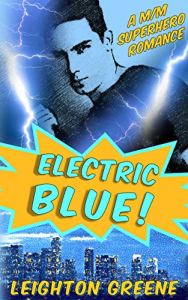 Chris has a secret alter-ego: he’s Electric Blue, Los Angles’ greatest superhero! But he swore never to reveal his identity, because he knows how dangerous it can be when a villain finds out who you really are. And falling in love? Is a danger Chris doesn’t want to face…

But Zayne is determined to become Electric Blue’s sidekick, and work among a group of not-so-super heroes.

Will Zayne convince Chris that he needs a sidekick, and even better, a boyfriend?

Can Chris protect Zayne from villains who’d kill him just to get to Electric Blue?

And will both of them be able to survive the SHADOWY SUPERVILLAIN rising in Los Angeles?

TUNE IN TO FIND OUT!

Please note: Electric Blue contains adult language and scenes and is intended for a mature audience.

This book is a quick-read MM superhero romance novella with a happy ending and a post-credits scene. 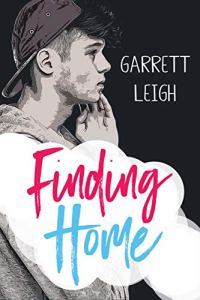 With their mum dead and their father on remand for her murder, Leo Hendry and his little sister, Lila, have nothing in the world but each other. Broken and burned, they’re thrust into the foster care system. Leo shields Lila from the fake families and forced affection, until the Poulton household is the only place left to go.

Charlie de Sousa is used to other kids passing through the Poulton home, but there’s never been anyone like his new foster brother. Leo’s physical injuries are plain to see, but it’s the pain in his eyes that draws Charlie in the most.

Day by day, they grow closer, but the darkness inside Leo consumes him. He rejects his foster parents, and when Charlie gets into trouble, Leo’s attempt to protect him turns violent. When Leo loses control, no one can reach him—except Charlie. He desperately needs a family—a home—and only Charlie can show him the way. 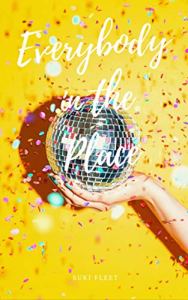 Everybody in the Place by Suki Fleet

Alfie Adams comes at life sideways.
After unexpectedly losing his job in television, and having the script he’s worked so hard on unceremoniously dropped, Alfie turns up at his oldest friend, Jam’s, birthday party drunk, pretty sure his world has ended, and that he’s about to hit rock bottom with a bone-cracking thud.
But it’s funny how Jam’s little brother, Benji, seems to know exactly what Alfie needs. For the past twelve months Alfie has thrown himself into his job and tried hard not to think about beautiful punk-loving Benji—tried not to see how the sweet kid he used to look out for, and who used to trail so adoringly after him, has grown up into a big lad with an even bigger heart. As Alfie sobers up, he begins to see things with a new perspective, and Benji has his full attention.
If only Alfie can admit what it is he wants. 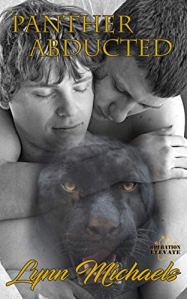 Caught between a mad scientist, a witch, and a hard place
—and that was before he shifted.

Austin thinks he’s a guy trying to do the right thing, live a decent life that he’d fought so hard for. Then his world changes forever…

A secret government project, Operation Elevate, abducts him for their nefarious and mysterious purpose, and what are they giving him in return? A mission, a lover, and the ability to shift into a panther. Now he’s battling against forces he doesn’t understand.

He had thought he could stop fighting, but Austin’s fight is only beginning.

NEW RELEASE: $ 1.99 on Amazon and available with KU 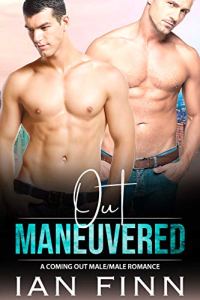 Out Maneuvered: A Coming Out Male/Male Romance (Legally Yours Book 3) by Ian Finn

I’m used to acting, but can falling in love with the man of my dreams help me take off my mask and face reality?

Wherever I go, it seems I never fit in. I’m a Broadway actor, but I was just offered what most people would think is the opportunity of a lifetime: the starring role of detective on a new TV drama series. At first, I’m not sure if I should take it, because I know it involves not only acting on set, but also playing a role in real life that doesn’t let me be true to myself.

Nigel, the nerdy-but-hot law school student who frequents the coffee shop I work at when I’m not acting, is the only guy who seems to truly get me. He understands that more than money or fame, I just want the chance to pursue my passion for acting.

A romance soon heats up between us, and I have finally found the place where I belong: with him, and his friends at the law firm he works at part-time while going to school. This handsome, smart, funny man knows not only how to turn me on in the bedroom but also how to strut his stuff in polyester skin-tight disco pants and four-inch platform shoes on Christopher Street when we go out with the tribe that has accepted me as one of their own now.

But will Nigel and I be pulled apart by my agent Ethan’s desire to keep me closeted so that the show’s mostly female audience will still have a reason to swoon over me?

Or, when I realize that Ethan has evil intentions, will Nigel and his lawyer friends help me not only come out of the closet professionally but also to out-maneuver Ethan and the studio in the courtroom?

Out Maneuvered is an opposites-attract, coming out/ out for you steamy male/male romance with a bit of legal drama and a hefty dose of comedy thrown in. Part of the Legally Yours series, it is a full-length novel of approximately 70,000 words with no cliffhanger, it combines humor, heat, heart, and a very happy ever after. 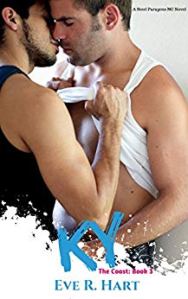 Chris
We used to be friends. He used to laugh with me. Smile at me. Talk to me. One day we were fine, and the next it was like I didn’t exist to him. I was hurt and confused as to what I’d done. I wanted to fix it, but couldn’t, no matter how hard I tried.

I wasn’t the type of person to dwell on things and let them get me down. I was pretty happy with the way my life had turned out so far. I was living on the beach, surfing every morning, and I had a great circle of friends. So It shouldn’t have mattered if Ky wanted to turn his back on me.

I tried to let go, but it seemed like the universe was intent on pushing us together. I only hoped that I could crack his armor and that he would let me in one day.

Ky
I’d learned that in life one moment can force a change on you. One scene. One glimpse at a person’s true self. One flash of surprise. It can wake you up. Make you change your course. Play tricks on your mind.

Chris. There were so many things about him that were lovable. He was sweet, kind, caring, and funny. He was laid-back but at the same time, overly thoughtful. He was also the thing that scrambled my brain and had me turned upside down and backward.

I wanted to push him away- and I tried. But then another one of those moments came crashing into my life. Leaving me no choice but to be close to the man I had spent weeks doing my best to get out of my head. 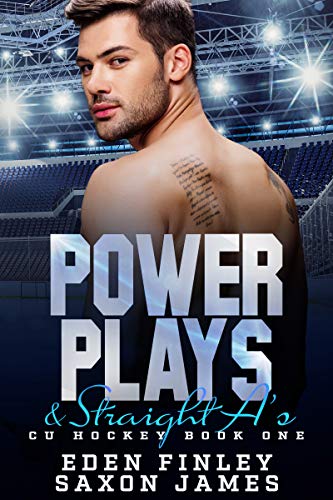