SPOTLIGHT!!! For the Love of a Boy (Father Series Book 2) by Morticia Knight

I was living in darkness. Cold and alone, I was gripped by the agony of loss and grieving for an existence I no longer believed I could have. Then he appeared in my life and I thought that maybe, just maybe, I’d been gifted with another chance at happiness. That I might be allowed the privilege of loving and caring for another man.

That I could have my very own boy…

Once upon a time, a hockey player and a baseball player walked into a bar…

After taking an unscheduled detour on the way to his grandmother’s house, hockey player Red O’Reilly finds himself snowed in at the airport. What could have been a bleak Christmas Eve suddenly turns magical when Owen “the Wolf” Lindsay, a wicked pitcher with an irresistible charm who Red’s been crushing on for years sits down next to him in the last open seat in the bar.

Your Wish: A Kinley Island Novel by Raleigh Ruebins

Chances of a guy like him wanting a nerd like me? Zero point zero zero six percent. Approximately.

Charlie:
Computers have always made more sense than people do. But I fall asleep next to my laptop in bed every night, wishing I had someone warm to hold. When I was forced to attend a holiday work party, I was a nervous wreck, but determined to make a good impression.

Dean:
I don’t go for quiet, shy, awkward guys. I’m the life of the party, and I need someone on my level. Someone experienced like me.

So why do I want Charlie so badly?
Two words: Hot. Nerd. 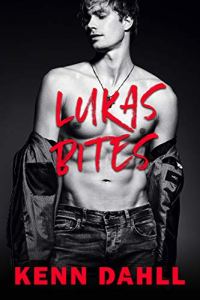 Luda’s university seminar “Mystical Interpretations of Vampirism and Shapeshifting Phenomena” introduces him to the anachronistic Dr. Lukas vonValvasor, who not only is an expert on the paranormal, but conceals a deep, dark secret as a strigon, the Croatian version of a vampire, and maintains a cadre of young Croatian and other East European male students.

Out with the Old by GB Lindsey

All Trey Braddock wants is to celebrate his best friend’s wedding. His Christmas list does not include wait staff dressed as reindeer, nor a tipsy bride with tinsel on her train. Certainly he never asked for Sandy Hackford, the high school jock who, eight years ago, walked off with Trey’s heart. No matter the holiday, this is no time for forgiveness, and Trey isn’t ready to pardon the thief of his first kiss … even if it means there will be another.

NEW RELEASE: $ 0.99 on Amazon and available with KU

Their Boy (The Game Book 2) by Cara Dee

Left all alone in the world—and in a very big house—after the loss of his parents, Kit Damien has struggled to find his place in society and in the kink community he longs to be a more active part of. Daddy Doms Colt and Lucas have been a happy, committed couple for eight years. But two Tops need a bottom, and their quest for a Little to make their lives complete has led them to Kit’s empty doorstep.

But just as with his physical wounds, Kit’s emotional scars won’t heal overnight. Colt and Lucas must challenge him at every turn to force him to open up and let them in, to let them use their own individual methods to make him whole again. Together, the three will embark on a journey to learn about true love, growing up, the importance of sprinkles, and the rules of The Game that can make them all winners.

Sunsets at Sea by Leona Windwalker

Having overcome the tragedy of his past and marrying the man of his dreams, Sol embarks on his honeymoon with Seth. Seth has promised him a cruise to the Bahamas but is being coy about the arrangements. Just where are they sailing from and who with?

This story follows on from the events of the ebook Sol’s Solstice, which is also available on audio.

When law school dropout Marc Marchand lost the first great love of his life, he never thought he’d open his heart again—until kind-hearted Scottish artist Connor May. The sparks between them are undeniable when they share an unexpected kiss both familiar and strange. Marc is falling for Connor, and Connor for him. But is that love strong enough for Marc to leave his grief—and his guilt—behind? Visions of Love is a swoony instalove story packed with hard feelings, heat, and a guaranteed HEA. 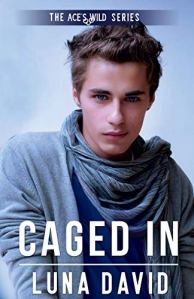 The first day I walked into his office I felt an incredible longing in my soul. I had a feeling I wasn’t alone, but he was my boss, and damn the man for being the utmost professional.

Nearly four years have passed since that day; years of seeing his boys, of knowing he was a Daddy to each one of them, but never to me. Until a twist of fate—a chance encounter in Ace’s Wild—changes everything. Maybe now I can be the boy he’s always needed—finally permitted to be caged in by his ownership.

For the first 90 days of this title’s publication, all sales and page reads will be donated to The Lancaster LGBTQ+ Coalition.

Everybody in the Place by Suki Fleet

After unexpectedly losing his job in television, and having the script he’s worked so hard on unceremoniously dropped, Alfie turns up at his oldest friend, Jam’s, birthday party drunk, pretty sure his world has ended, and that he’s about to hit rock bottom with a bone-cracking thud.

But it’s funny how Jam’s little brother, Benji, seems to know exactly what Alfie needs. For the past twelve months Alfie has thrown himself into his job and tried hard not to think about beautiful punk-loving Benji—tried not to see how the sweet kid he used to look out for, and who used to trail so adoringly after him, has grown up into a big lad with an even bigger heart. As Alfie sobers up, he begins to see things with a new perspective, and Benji has his full attention.

If only Alfie can admit what it is he wants. 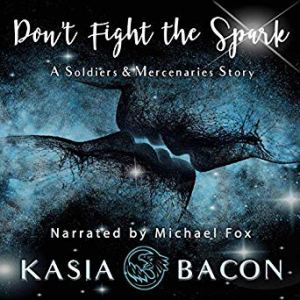 A stunning Barbarian pit fighter with a tragic past and uncertain future.

A courageous healer with a heart as big as his inadequacy issues.

A fight for love with a touch of Magic.

When my smokin’ but surly neighbor gets snowed in, I rush gallantly to his rescue. After all, helping others is what the holidays are all about. But after glimpsing the sweet man beneath Nash’s prickly holiday-hating exterior, I’m determined to find out why Nash doesn’t think he’s worthy of love—and if anyone can prove him wrong, it’s me.

Will Johnson is traveling for work the weeks before Christmas and staying in a small hotel in upstate New York. It’s all pretty routine, until he discovers his window overlooks the courtyard patio of one of his favorite up and coming gay singers, Rex Garland. Even further outside of Will’s routine is overhearing Rex’s creative process as the singer struggles to write an original Christmas song.

When Will receives a flash of lyrical inspiration, he decides to share the lyrics with his idol in a secret note left on Rex’s patio table. This sets off a chain of events that include coincidental meetings, more inspired lyrics, and a tiny snowman that just might capture Rex’s heart and make this Christmas one neither of them will ever forget.

Love is worth waiting for—at least, that’s what Jonah keeps telling himself. Taking care of everyone else while he tries to find the alpha of his dreams isn’t easy, but he loves the family he’s found. However, he’s starting to wish there was someone who just wanted to take care of him. But when omegas are supposed to demand equal rights in everything, how is he supposed to confess that all he wants is to surrender completely?

He likes to design it, and I like to wear it. Braden’s not the straight guy I thought he was. Turns out, his designs fit me like a glove. His designs reveal a lot, but I want to see every last inch of him.