SPOTLIGHT!! See Me by TL Travis

For Raphe Lombardi, life hasn’t been easy. Permanently disfigured by a car crash at the age of nine that claimed the lives of his parents, set him on a never ending path of doctors and painful procedures.

“Never judge a book by its cover, Il mio piccolo,” Aunt Sophia would always say, tapping the space above her heart. “Trust what’s inside. Even beauty sometimes has an evil lurking beneath.” Over the years her nickname for me, my little one, was shorted to Mio. Calling me little when I now towered over her five foot frame by more than fourteen inches made it even more adorable to hear her say.

Is it best to see someone for who they truly are, or is it safer to hide in the shadows and avoid risking it all?

Two men brought together by an annoyingly intelligent child.

Moving to Draycott Cove hadn’t been Leander’s plan, but the opportunity of working in a school that didn’t care he was openly gay was too good to pass up. Leander was raring for a new start in a place that was off the grid. He knew loneliness would set in, but that’s what hobbies and his hand were for. 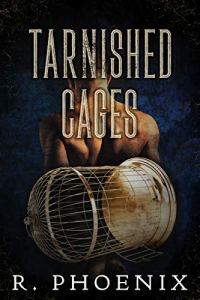 “He could have everything here, and the price is so small. Why would he want to go back out into that cold, unforgiving world?”

It’s simple, really. Zay has a roof over his head, food in his stomach, no bills or jobs to worry about, and he gets to lie around all day. It should be the perfect life for him, and it would be… if it wasn’t for the fact that he has to play the role of a two-legged “puppy” for his captor and his captor’s little. Zay’s unwillingness to accept his new life breeds doubt and discontent in Cammy, who’s longed for an end to his loneliness. Even though they should be bonding, the distance between them seems larger than ever. Cammy wants Zay to see how fortunate he is, but will it be Cammy who has his own revelations instead?

Cast out of his home at a tender age, Joseph Carter McElroy relied on the world’s oldest profession to make ends meet. After leaving the world of hustling behind he was struggling to find a path forward, until one day the family that originally betrayed him showed up with the fortune he’d long been denied. There were strings attached to the offer, and despite the financial freedoms he’d gain, Joe didn’t think he could marry just anyone for the millions.

When Luke showed up on his doorstep it was like deja vu. As teens, Luke had unknowingly triggered events that would change Joe’s life forever. Sixteen years later, the handsome artist was about to turn Joe’s world upside down again.

Book 4 of the Boys of Oregon Hill series. It and the other books may be read as standalones.

Conor:
An accident turns violent and ends with me in the hospital. I thought nothing else dramatic could happen. I was wrong. My doctor turned out to be everything I crave, but everything I’m afraid of. I’m nothing special, just an omega that can’t shift. Cillin is an alpha. I can’t understand why he wants me and yet, he keeps pulling me in.

Cillin:
What was meant to be a normal day at the office turned into the most important one of my life. Working in the ER isn’t a glamorous job, but one I love, and treating patients is an everyday occurrence. Until the patient is my mate. Too late to turn back, I’ve already imprinted on him. Now, I just have to convince him to stay. He may not see it but I know he’s special and a blue moon shifter. 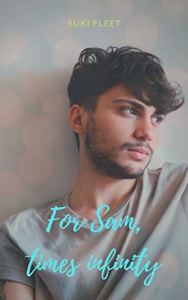 After growing up in care, all Sam wants is to make a home for him and Tommy, his kid brother by choice. But it’s not as easy as he thought, especially when his social worker finds him a job miles away. And falling for the surprising boy at work only makes things harder.

Evra is different, his past a mystery. Being truly himself is not something he’s ever felt safe enough to be with anyone, not until Sam, the shyest boy ever, saves his life at work and Evra finds himself inexplicably trusting him. Wanting him.

Making things work might seem complicated, but sometimes falling in love has its own consequences. 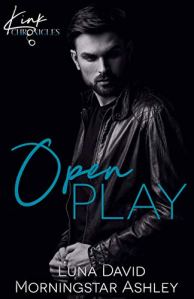 It’s been three years since I met him, since he became my everything. Sure, we play with others—but for one night only. Until Geoff, my Sir, my love, fulfilled one of my role-play fantasies. Neither one of us expected that involving Lukas, Geoff’s ex-lover and best friend, would give us both something we didn’t know we needed.

Now we just have to make it work, because instead of one man owning my heart, one man giving me a world filled with passion and desire, there are two. But now we’re in a place I never thought we’d be. He’s sharing our bed and stealing our hearts. But he’s on the other side of the country, and we miss him every day.

A heartbroken single dad. A handyman with a past full of secrets. And the small town that would change them forever.

It should’ve been a dream come true for Liam, inheriting the old mansion named Superbia Springs. It helped him meet Mason, the handyman who kept the town running. Mason is sweet, generous, and good with his hands. But Mason has a secret, and the old house has a secret, and the whole town seems full of secrets.

Mason knows he can’t fall for Liam, no matter how the man makes him burn with passion. Gay single dads are off limits when you’re stuck in the closet. Liam hates secrets, and after hearing what happened in Liam’s past, Mason desperately wants to give him his heart…and his whole story. But how can he tell Liam what’s really keeping him in the closet, when it could destroy people’s lives?

Jake Tyler got a second chance at love with Mitch Mitchelson at J.T’s Bar, and he’s not letting go of that. So when Mitch is offered a job at the covert ops agency, Jake follows him, taking the job of trainer. But it doesn’t take him long to realize he hates the work. Not only does he doubt his skills, the trainees dismiss him as little more than a bartender.

Mitch can see his husband’s unhappy, and he hates it. He knows Jake is craving action and the old team around him. So Mitch arranges for the rookie team to be sent on a retrieval exercise in the field—with Jake as the package. Jake can’t figure how being away from Mitch surrounded by men who hate his guts is going to help anything. But Mitch, as ever, has a plan.

This novella takes us back into the lives of Reggie Turner and Israel Storm. Partners in life and in business, these two lean on each other even more as they navigate a family crisis, betrayal in business, and a mother intent on weaponizing their relationship to fit her own ends.

They’re sworn enemies. Witches and witch hunters can never fall for each other…

Wade is a witch hunter with a cursed heart. But everything he’s come to know about those evil creatures is about to be challenged by one man…

Caleb’s love life is a mess. He’s given up on love, but as an empath, love never gives up on him. When he meets a witch hunter with a cursed heart, he comes up with a plan.

If they want to fix their lives, they’ll have to learn to trust each other. Can they overcome their hatred and work together or will they end up ruining both their lives?

A war is brewing. Can they stop it? Or will they die trying?

Wade is finally aware of who he is. Even if that comes with its own set of problems. And after a deadly attack, the secrets of the past are threatening to disrupt everything.

Caleb feels powerless. After the events at the Tower Bridge his whole world is shaken up to its core. And he can do nothing to stop the inevitable.

When the vampires go on a murder spree and the supernatural world turns its back on witches, the weight of it all befalls on Wade and Caleb.

But are they strong enough to face what’s coming? Can they stop the war before the sides are drawn? And when the time comes, will they have what it takes to face the greatest threat of all? Losing each other?

Take one tough, alpha-male, Irish cop. Add a debilitating injury that immobilizes him for months, excruciating pain as he endures physical therapy to try to regain his mobility, and a lover who he adores but can no longer protect. And what you end up with is a situation which tries the souls of two men who are deeply in love but who struggle daily to move past the pain and emotional distress which is driving them apart. 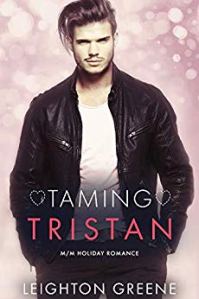 I’m a trouble-maker. Everyone at the club knows I don’t kneel on command. So what? I’ve never met a man who’s worthy of my full surrender. But if I don’t play nice, I’m gonna get banned from the scene. And that’s when I meet Seth, the one guy who might have a chance at bringing me to my knees.

Seth:
A Hollywood producer bets me I can’t tame a notorious trouble-maker by Valentine’s Day. I can’t refuse—not when it comes with the promise of big money when I win. I’ll be able to pay off my family’s debts. Tristan Taylor is an enticing gamble. I’ll make him beg. I’ll make him obey. I’ll make him kneel… But each session with Tristan leaves me wanting something more. Something I wasn’t prepared to gamble on. Taming Tristan was meant to be a bet. I never thought I’d wager my heart.

Thorn in His Side by Helen Juliet

The last thing beautiful, inexperienced Joshua Bellamy wants is an arranged marriage with the terrifying Darius Legrand. But if Joshua wants to save himself and his family from being thrown onto the streets by Darius’s father, he has no choice. However, when Darius goes to extreme lengths to rescue Joshua from near-death, Joshua has to wonder if there’s more to his beastly husband than he previously thought.

Thorn in His Side is a steamy, standalone MM romance novel featuring tender bubble baths, a stubborn but loyal horse, thunder storms, enough healing touches to mend any broken heart, and a guaranteed HEA with absolutely no cliffhanger.