When two “big name fans” go head-to-head at a convention, love isn’t the only thing at stake.

Charming, charismatic, and effortlessly popular, Conrad Stewart seems to have it all…but in reality, he’s scrambling to keep his life from tumbling out of control.

Brilliant, guarded, and endlessly driven, Alden Roth may as well be the poster boy for perfection…but even he can’t help but feel a little broken inside.

When these mortal enemies are stuck together on a cross-country road trip to the biggest fan convention of their lives, their infamous rivalry takes a backseat as an unexpected connection is forged. Yet each has a reason why they have to win the upcoming Odyssey gaming tournament and neither is willing to let emotion get in the way—even if it means giving up their one chance at something truly magical. 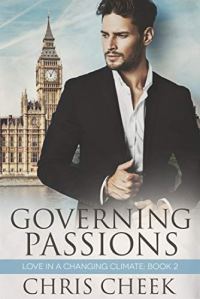 A rising star of the UK government, Dan Forrester has a secret that he keeps well hidden – he’s gay. He also deeply regrets his past callousness towards one man with whom he could have formed a meaningful relationship.

Luke Carter is now a successful environmental consultant working on a government contract. When the two meet again, it is an encounter that will change both their lives for ever.

Set against the backdrop of Brexit, Governing Passions explores what happens when political and personal lives collide. Can Dan’s career survive? More importantly, when faced with a choice between love and duty, does he want it to?

Often shocking in its exposé of life in the corridors of power, Governing Passions casts light on a period in recent history. It is also a tender love story that explores the cost that people still pay for being true to their sexuality.

NEW RELEASE: $ 4.19 on Amazon and available with KU

Cameron didn’t realize how much he loved his grandparents’ bakery until Angelo Marchesi, a man he’s hated since high school, threatened to take it away.

But Cameron owes Angelo a debt.

A debt he can’t pay…

Unless he accepts Angelo’s indecent proposal and risks finding out how thin the line between love and hate really is. 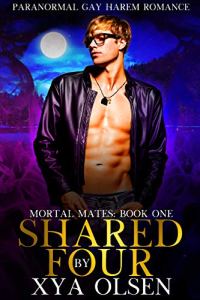 Shared by Four: Mortal Mates (Book One) by Xya Olsen

Aries Ambrosius doesn’t have time for love like his fictional characters do.

As a best-selling romance author, he’s too busy chasing deadlines—not tail. Even if he did, his reputation as an angel of death keep most gorgeous guys he meets at arm’s length.

When four mysterious alphas resistant to his deadly touch move into the abandoned lot next door, Aries gets distracted by more than just their pretty faces and delicious muscles.

His eye-candy have a few magical secrets of their own. Caught between evildoers and the heroes sent to protect mankind, Aries may not live to meet his next deadline.

The stakes are high for Aries. Then he falls for his new bodyguards and discovers he’s an integral part of saving mankind.

With danger closing in on them, the five men must face their fates and defeat the odds, or risk losing what they desire most: each other.

Sometimes it’s not the clothes that need stitching together.

Omega Keith Jenson is starting to see his years of hard work pay off as the small tailor shop he runs with his best friend flourishes. Everything is going to plan until his grandfather has an accident. Keith drops everything for the person who once did the same for him.

Alpha Ethan Russo is taking a year’s leave from his job teaching at the university to write a novel, while his grandmother is not so subtly hinting at setting him up with her neighbor’s grandson.

Ethan is drawn to Keith, but the omega keeps him at arm’s length. And then one night something changes and Ethan sees what they could have together if only they didn’t have an expiration date.

This is the latest addition to the popular Love at Blind Date series by Lorelei M. Hart and Colbie Dunbar.

After a nasty breakup with the alpha he thought he was going to spend the rest of his life with, Wilson just wants to start over teaching at his new university.

When a gorgeous yet brash alpha in Wilson’s class proves to be more than just a disruption, the professor stands his ground and has no regrets. At least, not until he realizes Max is the Dean’s son…

The spark between them becomes something more than just mutual dislike, and one night of passion puts Wilson’s fresh start in jeopardy. How is he supposed to tell Max he’s the father of his baby when it could turn both of their worlds upside down?

Three years ago, Tarinn’s mate sacrificed her life to save their pack. Now, Tarinn raises his daughter as a single father and would risk his life to keep her and the pack safe. When a series of grisly murders threatens Great Wolf Valley, he is charged with finding the killer.

Soon after Cutler came out as a child, his parents divorced, but the separation did nothing to abate the continuing animosity between his parents. At eighteen, Cutler escaped by joining the Department of Paranormal Safety, where he discovered a new vocation, safe from familial strife.

As Tarinn and Cutler’s ambitions collide, so do their passions. They agree to work side by side to locate the killer but find they are entirely unprepared for the dangers exposed by the truth behind the slaughters, sending them down a tragic road that will end in their destruction.

More Than Everything: Superbia Springs Book Two by Rachel Kane

Some things even a billionaire can’t buy.

Dalton Raines always gets what he wants, and the first time he steps into Superbia Springs, he knows he wants to buy it. There’s only one thing standing in his way: Noah.

For the first time in his life, Noah Turnstock felt safe, living with his friends in the old mansion they’d inherited. Finally he’s in a place no one can take away from him.

Until the house catches Dalton’s eye.

Dalton knows the way to get Noah on his side. He knows how to wine and dine a man like this, to get him so wrapped up he’ll agree to anything. Except…he’s never run into anyone like Noah before.

It was supposed to be seduction. Then it turned into something more.

They can’t have each other. They’re from different worlds. But their hearts say they can have everything they want. 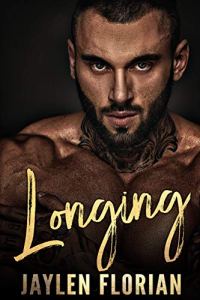 It was only supposed to be physical…

Two tough and formidable men attempt a casual understanding and freewheeling approach to male bonding. They begin to hook up, now and then, no strings attached.

But when sparks extend beyond the bedroom, these lonely men are challenged to the breaking point by their magnetic attraction to one another.

Pierre’s electrifying career seems to be soaring, but he’s confined by a professional bad boy persona at odds with his true nature. He’s rich and famous, but he has untapped creative interests not satisfied by his life on the road and fights in televised arenas.

Matthew, stung from past betrayal, had lost interest in pursuing other men. He has bigger priorities than intimacy, anyway. He’s being considered for a promotion on the police force, and besides dedicating himself to his community, he’s absolutely devoted to his father and dog, who completely depend on him. 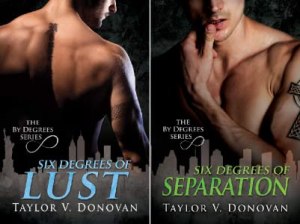 FBI team leader Samuel Shaughnessy lives for his immediate family and his job. After a marriage gone wrong, he doesn’t do relationships. Sexually active and emotionally unavailable keeps him satisfied, especially now that he is in hot pursuit of a serial killer targeting gay men.

Machlan O’Bannon manages a successful sports bar in Houston, and after years of waiting, he’s ready to stand up and be the man he always wanted to be. His politically-aligned family wants to keep him locked in the closet, but Mac just wants to be true to himself and live his own life.

One man is as high strung as the other is laid back. A chance meeting brings them together, and one night of passion ignites a fire neither can fight. They don’t want to get involved, but they might not be able to keep apart.

Mark-
I’ve been abandoned, ridiculed, and feared. I was mated once. It didn’t end well. After a mistake I made at my lowest, a new mate, my destined mate, came to my rescue. Problem is, I can’t risk losing another person I love. Pushing him away is my only option, but when I dream about a young man in trouble, I know detective Jonathan Marshal and I are stuck together. Can we save the boy and keep our hands off each other?

Jonathan-
Mark is afraid. I understand, but we belong together. Why can’t he believe in us the way I do? If i don’t find a way to convince him to give into our destiny, my humanity won’t be the only thing lost. Saving the boy is my one chance to prove, I won’t abandon him like everyone else. I won’t let him walk away without a fight.

A psychic without an anchor. A student in trouble. A shooter on the loose.

Falling for my nanny is the last thing I need. I never expected to be a father—until I inherited Grace. That’s why I hired Presley. The problem? I can’t keep my eyes off him.

EBOOK SPOTLIGHT: There Galapagos My Heart by Philip William Stover