“Look out for Zach and don’t hit on him.”

My brother’s request sounds easy enough. Keep an eye out for his best friend on campus and keep my hands to myself.

Even if Zach is a quintessential nerd, who I’ve always thought was cute, I don’t have the time to think with my … stick.

There’s only one stick I should be focused on this year, and that’s my hockey stick. My goal once I graduate is to get an NHL contract.

The last thing I need is a distraction. On or off the ice.

Only, keeping to the rules is harder than I thought it would be.

Speed Dating the Boss: Cowboys and Angels #1 by Sue Brown

Serving is what Colin desires and Roddy seeks to dominate. But is the carefree Master a fraud about to shatter Colin’s heart? The Twenties continue to roar in Book 5 of The Hampton Road Club series.

Take a peek behind the door of this secret gentleman’s club where sweet subs hope to find the Master who will give them the firm hand for which they yearn, and the everlasting love they crave.

With a sweet, sexy, considerate alpha in his life, Warren shouldn’t have anything to complain about. But instead of being content with his boyfriend, Warren can’t help wondering what would happen if he was completely honest with his careful alpha.

Heath knows he’s losing Warren, but he’s just not sure why. He knew they were meant to be together from the first time they met, but something is keeping them from taking their relationship to the next level. Unfortunately, he’s lost about what the problem is until a celebrity interview on television starts opening his eyes to a completely new idea of what a relationship could look like.

When vanilla becomes more than just an ice cream flavor, Heath has to decide what’s more important, his assumptions about how an omega should be treated or his love for Warren.

Heart of Silver by Kiernan Kelly

When an omega with a chip on his shoulder meets an alpha determined to knock it off, sparks fly.

Sometimes love isn’t enough to get you through.
Sometimes, you need to fight.

Clean Up on Aisle Mine by Patricia Logan

Former CIA operative, Damon Thorne, is a fixer. He cleans up messes other people make of their lives to forget the wreckage his own has become. Whether it means retrieving a drug addict or rescuing a furball who’s the subject of a custody dispute, Damon just gets things done.

When the job means kidnapping the wild son of a prominent Senator in an election year, it should come with hazard pay.

From the day Jude Chenoweth was born into wealth and position, his father has groomed him. Jude has other plans. Openly gay and infamous, all he wants to do is live his life.

Thrown together in a situation neither wanted, Damon and Jude must now decide how to move forward. Jude knows something is wrong when he gazes into Damon’s haunted brown eyes and Damon recognizes there’s much more to Jude than the caricature he shows the world.

Prancing of a Papillon (Fuzzy Love Book 2) by Tara Lain

Opposites attracting, billionaires getting kidnapped, a Papillon who’s smarter than you are, and near-death at a dog show….

Duking It Out: A M/M Superhero Romance (Royal Powers Book 1) by EJ Russell

When royal dukes from rival countries are shipwrecked on a deserted island, will it spark the grudge match of the century—or a love story of super-heroic proportions?

Jameson Harthorn and Alexander Breneman fell in love at the age of fourteen. At the age of seventeen, they lost it all. Now, at twenty-seven, they’re prepared to live out their lives separate and alone—neither man having the courage to find love again.

When Alex and Jamie come face to face for the first time in ten years, all the pain and heartbreak comes rushing back to meet them.

The former friends struggle to find their footing. They love each other and have for years, but the paths they’ve taken haven’t been easy. Their only hope at healing comes with digging back into the past that left them both physically and mentally scarred.

As they relearn who they are together and apart, they discover that the perfect love story is sometimes one that is messy and flawed.

Gay Alpha, Ben Blair, leads the charge for equality and ignites a divisive controversy. While forces are at work to silence them, the Gladstone shifters find love, acceptance, and purpose in a time of monumental change. Discover the unexpected in EXPECTANT MOON!

The Exchange: A Transgender Romance Novel by Yumi Cox

Ryan Strahan is loving life. Young, athletic, and deadly handsome, he comes from wealthy stock. He dates models, drives a killer car, and lives in a mansion with a pool and tennis court. But Ryan’s relationships have never stuck.

Recently, Ryan has accepted a university exchange program to Japan. And it seems the local girls are lining up to greet him. His stunning classmate Yuki even calls dibs on him. But Ryan is searching for perfection and thinks he’s found it in May Long.

If you like Romeo and Juliet, then you’ll love the transgender romance story ‘The Exchange’ by indie author Yumi Cox.

Will Ryan find enough common ground to woo May, and develop a meaningful relationship in this very foreign land?

Breakaway (Between the Lines Book 1) by Lizzie A. Williamson

When your world is unraveling at the seams — can love find a way to conquer all?

Jesse Mitchell was a professional motorcycle (MotoGP) rider until an on-track accident nearly took his life. He moves to Uppsala, Sweden, to rehab, but his frustration over his predicament threatens to consume him. As time creeps forward, Jesse realizes mistakes of the past can’t ever be fully erased.

When his neighbor Hugo Magnusson, captain and star defenseman for the HC Uppsala Dragons, comes to Jesse’s aid after a fall, the gentle giant offers to take him in to assist with his rehab. Despite Hugo’s care and attention, Jesse spirals deeper, firmly barricading his anguish — and his heart — behind steel walls.

But when a figure from Jesse’s past starts causing trouble again, how much further can Jesse fall? Be afraid of the Breakaway — only the strongest survive.

Kao doesn’t follow rules, he makes them. Can Brody fight the KPOP star’s allure and protect him from harm? This is plenty of time for the two men to get close, but will their actions prove to be fatal for Kao?

There is nothing I hate more than when some big-city outsider stirs trouble in my peaceful little town. When Mr. Arrogance himself waltzes in and thinks he can slap a price tag on my land, he doesn’t know what he has coming. I’m not just a hick cowboy who’s going to bend to his good looks and charmless personality. No, sir.

I don’t care how smart he looks in his fancy suits, all he cares about is money.

I just wish I’d known who he was before I kissed him. 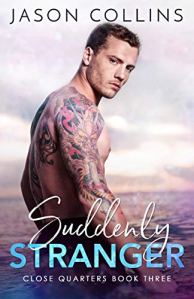 I’ve been straight all my life, until I meet the man who says we’ve dated. Noah says we’ve already met, and worse, he thinks we’re exes. I lost six months of memory in an accident, but Noah’s a part of my past I need to remember. 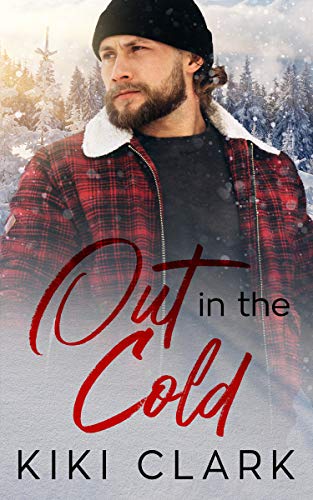 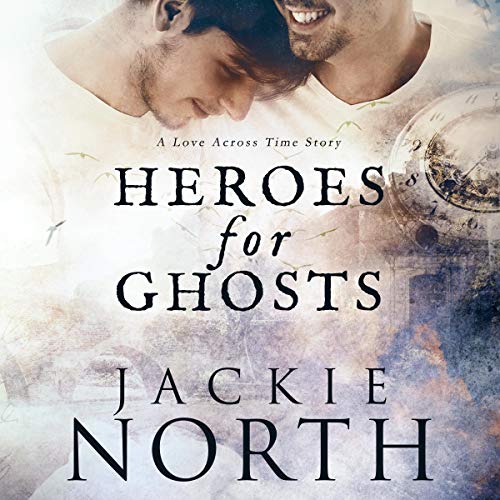