Russell Bishop is a rising star at Vantage Marketing, but when he slips on a coffee spill, he never expects to land in the lap of luxury–and the chief financial officer’s bed.

Russ has worked hard to get where he is and doesn’t need Stephen Parker to take care of him. But as they wrestle to balance love and finances, the tables are turned when Stephen’s father dies.

It’s Russ’s turn to take care of Stephen, opening his eyes to the true depth of his feelings–and what he can bring to the relationship. If Russ can find the strength, he can be Stephen’s support, his heart, and his hope for the future.

Everyone eagerly anticipates the arrival of Reginald Abernathy, the new master of Albon Manor. Everyone, that is, except Lord William Bascomb. William knows he’ll be expected to woo Reginald’s sister, and he can’t summon the interest for it. But when the Abernathys arrive at last, William discovers he’s interested after all—in Reginald. Reginald is the most handsome, dashing, intriguing man he’s ever known. Better yet, he seems to share William’s preference for men.

William’s sister adores Reginald’s, Aunt Harriet foresees many happy matches between the two families, William’s sister-in-law is pleased at the prospect of unloading her penniless relatives at last, and all the eligible ladies want the man who only has eyes for William.

Against a backdrop of elegant balls and frolicking picnics, William and Reginald enjoy furtive moments of ecstasy until a scandal erupts, forcing William to choose between Reginald and the only life he’s ever known.

Remy Marchand is the Marquis of Marchand. Royal by blood. But he’s got a secret. In a world where royals have superpowers, Remy refuses to reveal his power, especially to his family.

Hugo Legrand used to be a follower and a bully. But that was ages ago and Hugo is now the owner of a fledgling construction company. With one job, he’s got the chance to really make a name for himself – the renovation of the Marchand’s stable into a luxury rental place.

But if Hugo wants Remy, he can no longer keep his secret.

And Remy’s secret, if it stays hidden, can let Hugo and Remy live the lives of their dreams.

But once out, it could destroy their future. 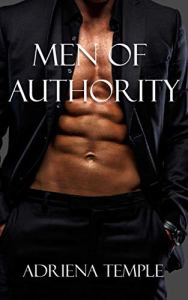 Four short stories about three occupations of men in power. A demanding CEO who expects his employees to follow a certain process, a merciless colonel who will stop at nothing to gain intel from his captured enemy, and a college professor who will give a higher grade for a price. 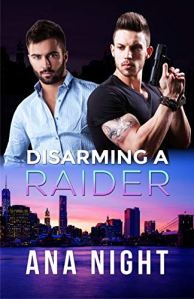 Disarming a Raider (The Black Raiders Book 4) by Ana Night

FBI agent Axel Bates is supposed to have a week off work, but when his best friend calls and begs him to protect his twin brother, how can he say no? But saving Maze turns into more than a simple rescue mission. There’s nothing in the rulebook about living with a mobster and certainly nothing about falling in love with one.

Posing for Insta worthy pics is simple enough, but there’s something Jasper doesn’t know. I’m crazy about him. Jasper doesn’t see me as anything more than the mayor’s son — an athletic guy a dozen years younger than him. Now is my chance to prove he doesn’t need his ex.

Jasper has secrets, too. When it all comes out I don’t know how we’ll handle the truth. Can we make this fake relationship real? Or will we drown in our own lies?

In a clash of masculine energy, two cunning men bump heads while furthering their surging careers. But not everything in their complicated lives can be controlled, least of all their hearts and desires…

Rodney, a sculpture artist brimming with raw talent, is on the cusp of fame. Hidden from public eye, however, are creative and financial challenges, and the burdens of an enigmatic artistic persona.

Marshall is good at uncovering the truth. He’s a reporter and columnist who suspects the artist is a phony, and thereby a danger to the integrity of the fine arts so plagued with fraud.

Truth battles illusion, creativity yearns for expression, and it all comes down to two questions: How far must a man go to stop an opponent who threatens everything? When lurched together, can adversaries become real lovers? 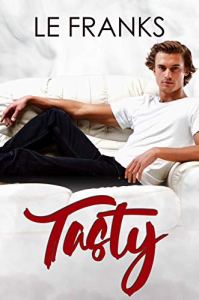 One temperamental cook. One cop who can’t taste. Can an unlikely love affair survive a trial by fire?

A public meltdown costs Chef Christian De Guisse his career and boyfriend and leaves his reputation in tatters. Flying west to start over, his luck turns sizzling hot when he’s arrested under suspicion of trafficking exotic herbs, and meets an irresistible cop.

Detective Andy Simmons refuses to apologize for who he is. But when he’s immediately attracted to the new chef in town, his inability to taste the handsome man’s scrumptious offerings throws cold water on the pair. Andy worries his new beau’s determination to fix what isn’t broken means an inevitable heartbreak is on the menu.

Christian risks his shot at a happy ending if he can’t learn to accept the people who care. And Andy must open his closed mind if he’s to win the culinary man of his dreams.

Gladstone is preparing for an invasion – of pups! With five little ones on the way, Ben and Evan have their hands full with first-time parents, a daring winter rescue, and disturbing information from Hezekiah’s journals. If that weren’t enough, a visitor arrives with a troubled past and a mating bond gone awry. Their only hope lies with a risky True Elder intervention that’s never been tried and could end in tragedy.

Join your furry friends for all the fun, drama, and romance you’ve come to expect in this celebration of love and family. Nobody does life like your favorite wolf pack, in book three of the Gladstone Shifters – ABUNDANT MOON! Note: Abundant Moon cannot be read as a standalone.

Prince Benedict is not what he seems. His image as a lazy playboy is carefully constructed to hide the truth. Trained since childhood to become Rosavia’s top spy, he spends his life in disguise – and danger – to protect his country. Nobody sees the loneliness in his heart.

Felix Wright is a genius with four degrees, no real-world experience, and a top-secret job…and he’s never even been kissed. A lifetime of being alienated for his most valuable assets has left him reluctant to trust the charming prince who thrusts him into fieldwork for the very first time.

When the Crown Jewels are stolen two weeks before the royal ball, it’s their job to save the country’s reputation. Benedict helps Felix believe in himself, while Felix slowly coaxes the real prince out of hiding. But can they find the jewels and rescue the most priceless treasures of all: Each other? 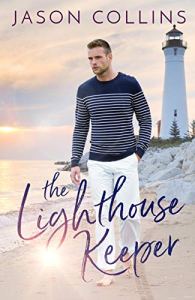 The Lighthouse Keeper by Jason Collins

Love is riskier than solving a crime. Nicholas, the lighthouse keeper in this sleepy coastal town, is the only person who can help me solve the mystery of my beloved aunt’s passing.

Fame, fortune & endless partying. Have you ever wondered what the life of a transgender supermodel is really like?

Ali Loudon has the world at her feet. Smart, sexy and driven, she models for the finest fashion brands in the world. But she lacks one thing. Someone really special to share it with.

Ali finally realises she has made it when she gets an invite to the event of the century, the opening of six-star Trumpf Towers in New York. But Ali struggles to find her ‘plus-one’.
So Ali goes on a journey to find a plus-one’ that measures up to her lofty standards.

If you like transgender romance stories in the mold of ‘When Harry Met Sally’, then you’ll love ‘Androgynous’. The latest novel from indie author Yumi Cox.

Will supermodel Ali successfully find her ideal ‘plus-one’, or will she need to attend the event of the century ‘stag’?

Lincoln Holt is a damn fine soldier – one of the best. But an ambush leaves Linc injured and many in his squad dead. Discharged and disillusioned, he finds himself in the care of Kent Scott, old high school flame who grew up to be a yummy physical therapist. All those old feelings come rushing back, and Linc finds himself yearning for what he once had.

Kent is hell-bent on staying as far away as he can from Linc, having already been hurt once with no explanation. But with every heady moment spent in Linc’s presence, his resolve weakens. When Kent discovers a secret that will threaten to tear them apart again. Will their love be strong enough to withstand the tide?

The second book in the Changing Tides Series, Time and Tide can be read as a standalone.

Free reads from some of your favorite authors brought to you by the LGBT Romance Deals newsletter! Download these collections at Prolific Works!