“Am I here as his bodyguard, his fake boyfriend, or his Daddy?”

The minute Quinn lays eyes on the bratty boy hunched in the chair, spitting fire and ice at him, he knows why he’s been chosen for this assignment. He doesn’t want to take the job but the boy’s life is in danger. Could Quinn turn him away?

Cade doesn’t want a bodyguard at his back 24/7. He works hard and parties harder. But this man isn’t the usual rent-a-suit. He’s six foot five of solid muscle, hard eyes, and a voice which makes Cade want to beg for his attention. 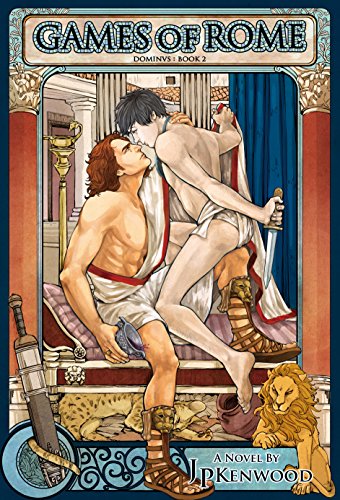 In this sequel to Dominus, Gaius Fabius Rufus, the victorious general of Rome’s brutal Dacian Wars, finds his loyalties and his affections pulled in different directions. Should he return to Rome and secure his claim to the imperial throne, or remain at his seaside villa and protect his pleasure slave, the fierce Dacian prince, Allerix? Retaliation for the murder of his beloved friend beckons him home, but his desire for justice could put both him and Allerix in mortal danger. As Gaius’s deceptions multiply, another tragedy strikes. Will the Lion of the Lucky IV Legion be forced to sacrifice his besotted heart to achieve his aspirations for supreme power?

Every moment since Allerix’s violent capture has tested the young prince’s fortitude and cunning. If he can kill the triumphant emperor who decimated his Dacian nation, revenge and immortality will be his glorious, everlasting rewards. But to realize his scheme for vengeance, he must deceive the Roman master whom he has grown to adore and admire. Can two former enemies—the conqueror and the conquered—find trust and true love, or are the consequences of war destined to tear them apart? Can Gaius and Allerix survive the perilous games of Rome?

Get book 1, Dominus, here and on audio.

Saul Reynolds is an old soul. At only twenty-five, he’s had enough experience to understand his own desires, but doesn’t know if it’s possible to find the perfect combination of lover and sub in one man.

Troy Finch lost his lover in a rodeo accident twenty years ago. Without a Dom of his own, he hasn’t explored what submission means to him. He has needs he doesn’t understand, and his only outlet is at the hands of a tattoo artist friend who has covered Troy in colorful, intricate triskelia.

Troy is hesitant to accept a dinner invitation from a kid half his age, but everything feels right, especially Saul’s Dominant side. The men bend a lot of rules in the name of caring and compromise, but in the name of love, there are some they’re going to have to break. 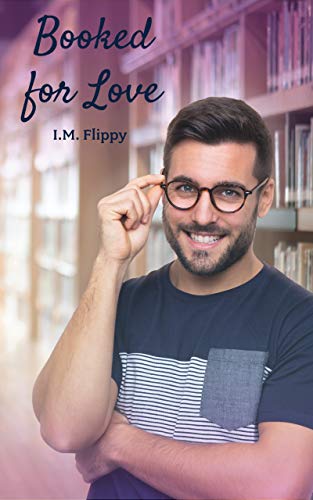 As the proprietor of Gus’s Books, Gus has a lot of famous authors come for book signings. But he’s never had such a huge crush on a visiting author before.

Because Rae Bell is special.

As an award winning author, LGBT activist, and self-identified nonbinary man, Rae Bell is an icon, besides being gorgeous and witty.

Rae never stops moving, partying, or traveling the world. But Rae’s go-go-go lifestyle has started to catch up to him.

Meanwhile, Gus is a stressed out introvert who just wants to get through this Rae Bell book signing without making a total fool of himself.

They say never to meet your heroes…you just might fall in love with them.

This is the first book in the Wrecked: Guardians Series. Several characters from the Wrecked series make an appearance, but the Guardians books can be read as stand-alones.

Can two men fake an engagement for the greater good?
When Avery Kinkaid’s father supports anti-LGBTQ legislation, he’s had enough. Sen. Kinkaid says things would be different if Avery had a fiancé in the wings. Well, fine: He’ll just have to get one.

Rory Fisher is an activist with nerves of steel — and the perfect man to help Avery take a stand. He’s also Avery’s ex and all too easy to love, especially as he helps Avery embrace his most hidden desires.

But Avery’s father won’t just sit back and let them have their happily ever after. They will have to fight: for their love, for justice, for a future together.

England, 1910. Landscape designer Jonas Laurence arrives at the cheerless and fog enswathed Hillcomb Hall, home to the Earl of Stanley and his family, to renovate their crumbling gardens. With a great storm crashing all around, his time is at the mercy of the house’s odd and mysterious occupants.

Captivated by the hauntingly attractive portrait of Lord Stanley’s ancestor, which constantly seems to watch and taunt him, Jonas’s dreams become weird and distressing. And his waking moments are consumed by the strange stories and weird atmosphere of the manor estate.

Ghostly visits in the night leave Jonas no choice but to accept his attraction to the otherworldly spirit from the painting. But is this affaire de coeur real? Or is it all just a trick of the mind, a sinister game being played by the inhabitants of Hillcomb Hall?

I’ve ignored my feelings for Xander so many years that I’m convinced I only love him as a friend. It’s totally a coincidence that thinking of him with his awful ex-boyfriend makes me burn with raging hellfire, right? When we’re fake dating, I’m obviously going to have fun teasing him with obnoxiously cutesy nicknames, like calling him my pookie—crap, I’m actually in love with Xander, aren’t I?

How do you tell your best friend, “Surprise! I just figured out I’ve been stupid in love with you forever,” without sounding like the world’s biggest idiot? 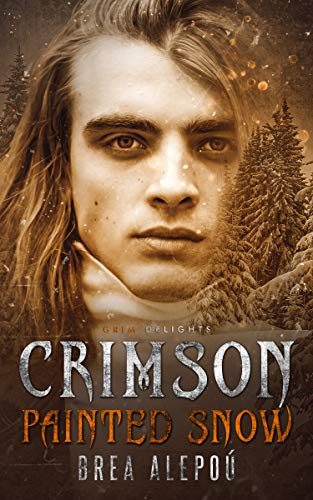 A dark MM retelling of Snow White. If Snow White had a harem of demon wolves instead of dwarves.

Driven away from claiming his title as the rightful heir to the coven of witches, Prince Snoe has made a new home for himself in the forest. When his peaceful life is once more disturbed by the stepfamily who wishes to see him dead, Snoe decides it’s time to fight back.

Snoe makes a contract with a demon lord and his seven wolves. Revenge on his family in return for his immortal soul. Who knew that plotting the demise of your enemies, one by one, could be so sexy?

Snoe will stand at the top once again, whether his throne is covered in blood and carnage. With seven demon wolves and a contract with a demon lord, Snoe will pay any price for his revenge.

Thaddeus Dupont has had over eighty years to forget…

The vampire spends his nights chanting the Liturgy of the Hours and ruthlessly disciplines those unnatural urges he’s vowed never again to indulge. He is at the command of the White Monks, who summon him at will to destroy demons. In return, the monks provide for his sustenance and promise the return of his immortal soul.

When a hiring mix-up sends him Sarasija, a young male assistant, the vampires resolve is tested as never before. After yielding to temptation, Thaddeus must make a choice. Killing demons may save his soul, but keeping the faith will cost him his heart.

Accused of a murder he didn’t commit, vilified celebrity Jackson Young enlists the help of rookie journalist to clear his name and write his biography.

Jackson has a secret though. One he must keep from becoming public. But Fletcher’s dreamy green eyes, Irish drawl and effortless charm makes it hard to suppress those long-buried feelings, even if it could compromise his innocence.

Uncovering the murky past behind Jackson’s rise to fame, Fletcher grows closer to a man he’d once declared as talentless and their intense attraction starts to affect not only his professional integrity, but the life he’d made since moving to London.

Falling for the subject of his book could be fatal for Fletcher, and Jackson should know better than to trust a journalist.

Fade to Blank is the first book in the London Lies trilogy and is a slow burn, enemies to lovers, hurt/comfort romantic suspense.

Free Me: Tattoos and Temptation Book 3 by Mia Monroe

Our friendship ended years ago. Now he’s back to reconnect. Can his ropes free us both from the past? 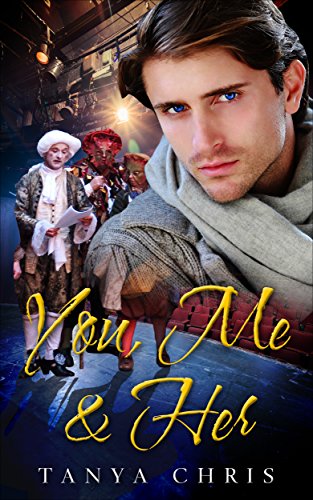 You, Me & Her by Tanya Chris

Nate wasn’t made to be monogamous, a fact he never fails to disclose to his partners. No matter how much he loves the women he’s with, he sees potential in others. Does that make him a horrible person? His on-again, off-again lover and current co-star, Deb, certainly thinks so.

But his other co-star, Joshua, understands. Joshua, who’s fast becoming the best friend Nate ever had, doesn’t even mind when Nate hooks up with his wife, Sherry. Well, he does mind a little, but only because he has the hots for Nate himself. 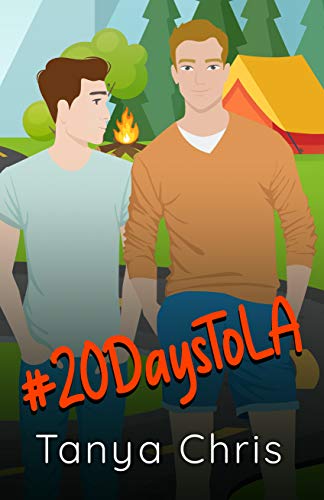 Braxton has a plan. To fly out to LA where he has an apartment and a job waiting. To find a husband who’s steady, smart, responsible, and capable of making good choices. To leave his mother, her revolving door of suitors, and his straight ex-stepbrother behind him.

Craig has a plan. To convince Braxton to drive out to LA with him. To see every last sight along the way, no matter how weird or expensive. To have one last hurrah before embarking on adult life. And maybe to act on the bisexuality he’s kept to himself.

Whose plan wins? Is twenty days enough to make it from Connecticut to LA and from ex-stepbrothers to friends to happily-ever-after? Find out in this slow burn, friends to lovers, opposites attract, bi awakening, road trip romance in which there’s ONLY ONE BED. 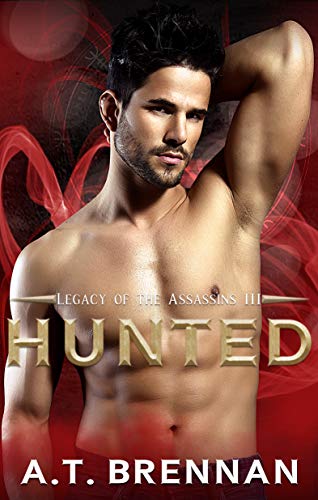 Hunted (Legacy of the Assassins Book 3) by AT Brennan

A witch, a human, and a werewolf. Three men connected by love, fighting to keep what they’ve only just discovered.

The battle was over, but its effects still linger as Felix, Ryder and Luka try to find a way to finally build a life for three.

But life is never that easy, and as they deal with the aftereffects, a new and mysterious threat emerges, jeopardizing everything the group of unlikely heroes has fought for. Magic, strength and wits will be put to the test as the group bands together for one more fight.

Will Luka, Ryder and Felix be able to find their balance as a triad, and more importantly, will they be able to keep that balance when their love is tested once again?

Too Close to Doubt (Too Close Series #6) by MA Innes

Jeremy and Kevin’s house is almost perfect. Along with more room to spread out, it comes with new ways to drive Bryan crazy and playrooms for a little and a middle. But change also comes with new trials for the brothers.

As Kevin sees their world evolving, he loves knowing that they’ve taken their first steps toward a true grown-up future together, but that brings up more questions. Will it change their relationship? What will the future look like? When everyone around him has found their passion in life and is sprinting full-steam ahead toward their goals, will he ever figure out what he’s supposed to be doing?

*Series must be read in order.*

He’s beautiful, he’s sweet, and he’s way too young for me. So much is wrong with this, but I’ve already crossed the line.