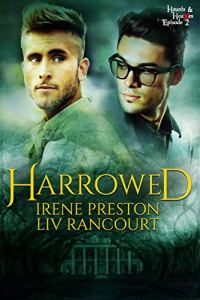 Noel’s got issues. Like, he doesn’t know what to call his lover. Are they boyfriends? A fling that got out of control? Something more? Even worse, he may sometimes get waylaid by a random ghost or two.

Or else he’s losing his mind.

Now Adam? He’s stable and solid and warm; the kind of guy Noel never knew he wanted. He’s also the historian on Haunts and Hoaxes, which gives him a professional interest in Noel’s “special talent”.

When the ghosthunting crew turns up something weirder than normal at a Louisiana plantation, Adam convinces Noel to check it out. Instead of finding a haunt, they uncover a mystery. Noel used to be a cop and he grabs the chance to investigate something real. DNA is evidence. No matter what Adam says, the ghosts don’t prove anything.

But the past is done hiding and the spirits are going to have their say. Noel better figure out how to listen, because Adam’s job, their relationship, and even his sanity are at risk. 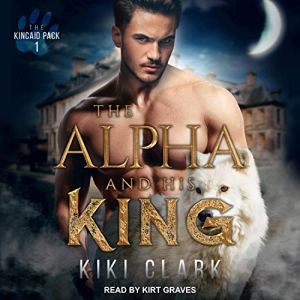 As alpha, Rick’s dedication to his pack has never wavered—until Kai. The pull he feels toward the younger man is more than a simple distraction, but Rick won’t let himself lose focus. Not while a hidden enemy draws near.

The Alpha and His King features a quick-tempered, possessive alpha; a sweet, feisty alpha-mate; shifters, seers, and witches galore; massive amounts of hurt/comfort; and a happily ever after. 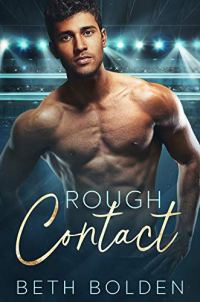 Neal Fisher knows heartbreak. It’s the clock ticking down in the Super Bowl. It’s missing the most important field goal of his life. It’s losing everything: his thirteen year career as an NFL kicker and his pride.

Jamie Wright knows love. It’s everything on the line as the crowd holds their breath. It’s a perfect kick as the ball soars through the goal posts. It’s the tantalizing possibility of NFL fame and glory.

Neal is on his way out, and Jamie–if he can withstand the tryout pressure–is on his way in. The one person Jamie should avoid is the veteran kicker, but a chance meeting and a wild, undeniable chemistry proves to be irresistible.

Their romance is forbidden. Their love is a secret.

But if they trust each other, maybe their growing relationship won’t end in tragedy. It might even be the beginning of football’s greatest love story. 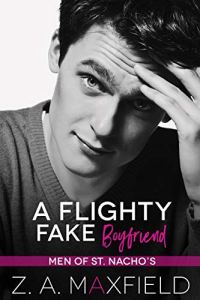 The one true thing about these fake boyfriends is how deeply they’re falling in love! 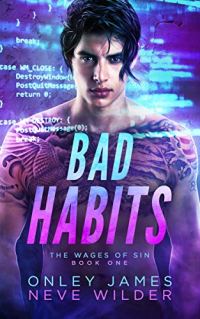 Bad Habits is a steamy, action-packed thrill ride of a romance between smart-mouthed hacker, Caspian, and ruthless contract killer, Jonah.

After leaving Jonah behind, a threat to Cas’s life brings him back years later—not as the boy Jonah remembers, but as a hardened computer hacker with a price on his head and a list of names everybody wants.

This book features morally ambiguous men, lots of dirty, dirty lovin’, pancakes drizzled with snark, chosen family, drive-in movies, and the kind of love that drives a guy to murder in order to protect. In short: all the emo, heat, and sarcasm you’d probably expect from an Onley/Neve collaboration. It has a HEA and no cliffhanger. 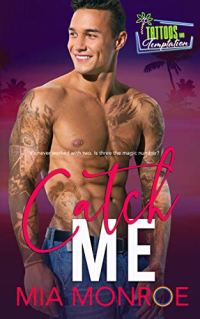 Catch Me: Tattoos and Temptation Book 4 by Mia Monroe

Luca knew the minute he laid eyes on Cairo and Genesis that they could have something magical together. Now all he has to do is convince them. The chase is on. 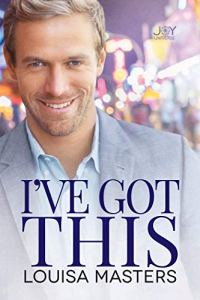 I’ve Got This: A Joy Universe Novel by Louisa Masters

His job as an assistant director at Joy Universe, the second-largest theme park complex on the planet, makes him indirectly responsible for bringing joy (pun intended) to millions of people.

So what if none of his relationships are that close?

Everyone he meets loves him.

For some reason, the visiting Broadway performer would rather Derek just go away. He appreciates Derek’s work ethic, though, and after Trav steps up when Derek desperately needs someone to fill in for his sick staff, Derek seizes the chance to convince Trav he’s not such a bad guy.

Falling in love while distracted by a murder at the park, food poisoning, and colleagues placing bets on their relationship won’t be easy, but between the two of them and with the magic of Joy Universe, they’ve got this.

When my parents were killed by a rival network’s hitter, the capo took me in and treated me as his own son. But what if all I want is to be a regular boy having fun? 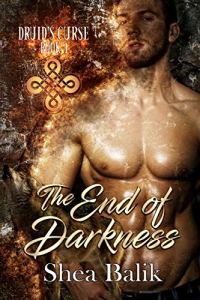 Ryley Duggan never believed in the stories his grandmother told him about the reason behind what they were doing. That was, until he walked outside to the bonfire to see bloodcurdling creatures that no Hollywood studio had ever come close to replicating, killing his family.

Since an early age, Eirik had one job, to protect the descendants of the one who’d cursed him and his friends. It hadn’t been what he’d ever imagined for his life, but after nearly a millennia Eirik had learned one thing, life never went as planned. Never had that been truer than when he’d rescued Ryley from certain death.

Now the two must learn to work together to save humanity. Will all be lost? Or will they discover a way to heal their hearts by opening themselves up to love? 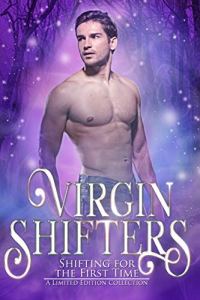 There’s a first time for everything. When these shifters come of age, shifting for their first time into their true form, you never know what will happen. Is that love in the air, or just mating rituals handed down from one generation to another? 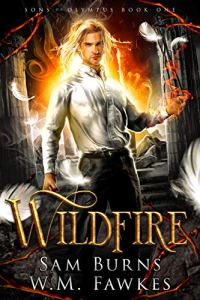 Wilder has given up trying to get his life together. Passed up for a promotion, left by his boyfriend, nothing seems to work how he planned. Wilder is just treading water . . . right up until he trips over a dead student outside his office with a would-be murderer standing over the body.

Hermes has been running his whole life—from duty and danger, a father who mistrusts him, and siblings who outshine him. But when the students at Banneker College start dropping dead, he finds himself playing bodyguard to a man who suspects him of murder.

And ancient evil has risen from the depths of Tartarus, and it’s coming for Banneker. The only thing standing in the way of the apocalypse is one disappointing part-time professor and a god who’d rather abandon the world to its fate. But if they work together, they may just save everyone. 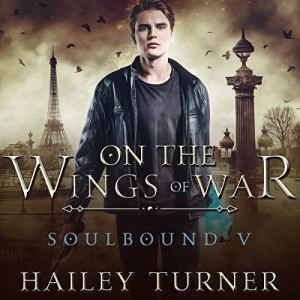 AUDIOBOOK: On the Wings of War (Soulbound Book 5) by Hailey Turner. Narrated by Gary Furlong. [10h37m]

The Morrígan’s staff is up for sale on the black market to the highest bidder, and Patrick Collins will do whatever it takes to ensure the Dominion Sect doesn’t get their hands on it.

Obeying the gods means Patrick must travel to London. For Jono, it means facing a past he thought he’d left behind forever. Their priority must be the mission, but the bone-chilling secret they uncover in the London god pack will have far-reaching repercussions no one can ignore.

A race against time takes Patrick and Jono from London to Paris, where hospitality is thin on the ground, the air is filled with whispered prayers for the missing, and the Morrígan’s staff will end up in the one place it should never have gone – a graveyard.

For beneath Paris lie the long-forgotten dead, and when they rise to walk again, the living can only hope to die. 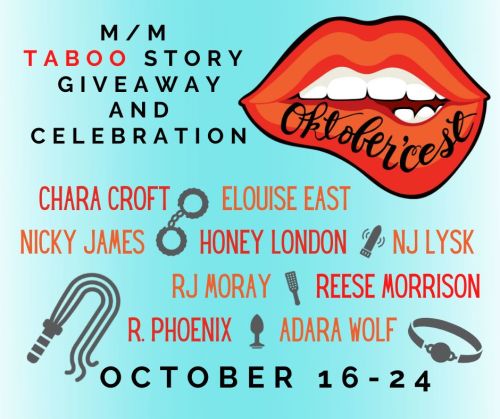 Riddle me this, you dirty little thing: if nine m/m authors are asked to write brand new stories on one very taboo topic, how many Kindles will catch on fire? 🔥🔥🔥 This collection of ‘cestalicious loving includes nine explicit tales of men loving the men who are closest to them. 😈 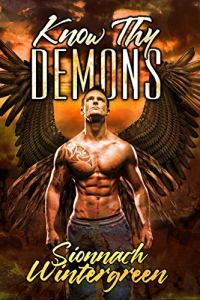 A demon falls for a Necromancer—a human who collects and slays demons so DemonCo can turn them into fuel. Frank has always felt like a loser. Now, he could be a success. There’s only one problem—a hot demon named Kasimir. 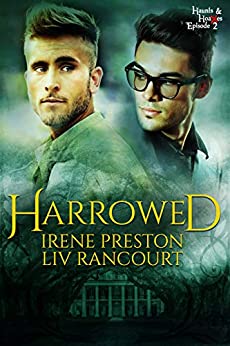