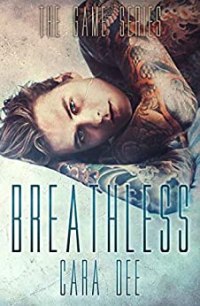 “Will you beat me without knowing why I want it?”

I’m used to rejection by Sadists at this point. No one wants to beat me or skip aftercare; they wanna talk and get all up in my business—where they don’t freaking belong. But I give it one more try when I spot River and Reese Tenley at a kink party. The only thing bigger than them is their reputation as hardcore Sadists. To the memories of grief and why I’m seeking punishment, I ask them to hurt me. 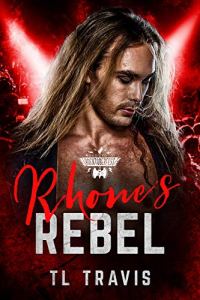 Rhone Horne, drummer for the band Embrace the Fear, bleeds rock ‘n roll. Being the son of legendary drummer Sage Horne, the first time Rhone picked up his father’s old drumsticks, he knew he was destined to follow in his footsteps. But filling such big shoes would not come easily.

Ely Pearcy, made a promise to himself on his eighteenth birthday that he would never again hide who he was. His love of lace, silk, and six-inch heels got him banned from his childhood home the day he graduated high school. Alone and penniless, Ely sought solace in a local LGBTQA+ shelter amongst his peers.

Rhone’s Rebel is the 5th book in the multi-author Road To Rocktoberfest series. Each book can be read as a standalone, but why not stay and enjoy the whole show? 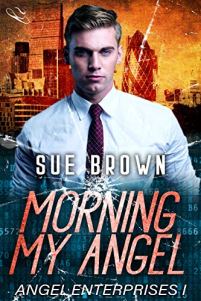 Sparks fly when Josh and Cal join forces to find a missing person. Will clashes becomes kisses in a high stakes action adventure?

In London to find the missing partner of his security firm, Josh Cooper constantly clashes with his new UK partner, charismatic, but arrogant Cal Ross. It should have been a simple case of finding the man. But Josh is dealing with conflicting agendas, both with the assignment and his love life.

There’s no doubt of the physical attraction between him and Cal, but Josh is also involved with the mysterious Charlie, his long-term cyber-relationship. Who will he choose?

Josh’s heart is tied up with Charlie, his head is with Cal, and his missing persons case has taken a sinister turn. Now there’s a new target. Him.

Will Cal rescue him before he becomes fishbait? 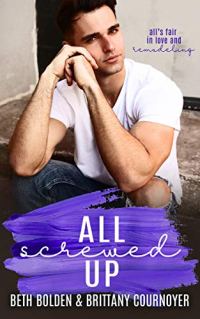 All Screwed Up by Beth Bolden & Brittany Cournoyer

Griffin can’t wait to make a fresh start: new job, new town, new house. He’s even realized the lifelong dream of owning his own home. Except when he arrives, nothing is what he expected, and Griffin’s celebration turns from triumphant to terrible.

Not only is his “cute” bungalow a derelict heap, it needs major remodeling work to be livable. And there’s only one person in town who’s even willing to commit to the project.

The first time David talks to Griffin about his disaster zone of a house, he’d like nothing better than to hang up the phone. But he’s stuck. All his grumpy, misanthropic behavior has gotten him is a whole stack of bad reviews online and no clients.

From the moment they collide over a busted toilet, sparks and snark fly. The only thing that might be hotter than their mutual animosity is their intense chemistry. 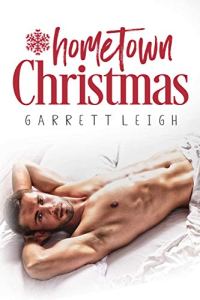 Yani is the warmth and affection Gavin hadn’t known he was missing. As Christmas lights up the city, their lives entwine in more ways than one. Falling for each other is easy. Holding on is harder, unless a hometown Christmas proves their love can last longer than the festive season.

The world knew him as Prince Sebastian. I knew him as my best friend… and hopeless crush.

My life was a fairy tale. I grew up in a village with no money, but Prince Sebastian was still my best friend. Then the queen caught us kissing in the Christmas tree lot. I was shipped off to the mountains for good.

Years later, I’m back in Berrydale, and I don’t want to be. Sebastian has become an icy, reclusive prince, set to marry a princess. But every feeling I’ve buried deep comes rushing back. There’s something broken in his eyes, and I need to fix it.

And then I end up in his bed. His stupid, giant, four-poster, royal bed.

The Snow Prince is part of the MM Fairy Tale Romance series. All books are completely standalone and are modern retellings of classic fairy tales with a gay romance twist.

One lost soul graffiti artist. The sweetest boy ever. Will they save each other or go down in flames?

Echo is a brilliant artist but he’s not a good bet. He’s running from a suspended sentence and trying to pay off a debt that’s about to cripple him, literally. When he gets involved with a drug gang, his life goes from bad to worse. Until he meets Peri.

Peri is like sunshine. He’s innocence and good things—he’s home. Spending time with Peri is saving Echo’s life in so many ways. Peri teaches him sign language, teaches him the important things in life don’t always need words to express them. And more than that, Peri shows him how even the most broken heart can heal.

But Echo is trouble and he wants to save Peri from getting hurt. If only falling in love wasn’t so bloody impossible to stop.

The ties between Staff Sergeant Alexei Dvorkin and Agent Sean Delaney were frayed by the enemy’s hand. Mending what’s been broken between them will require a depth of honesty neither man is ready to face just yet. But if they don’t, they risk losing a future together neither wants to let go.

Fire in the Heart (#3) Ebook | Audiobook

Both books in Leta Blake’s Home for the Holidays series available now at the deal price of just $6.99 for two full length Christmas novels. Can frosty former friends turn to lovers in Mr. Frosty Pants? And how hot can it get for Aaron Danvers being on his former student’s naughty list in Mr. Naughty List? 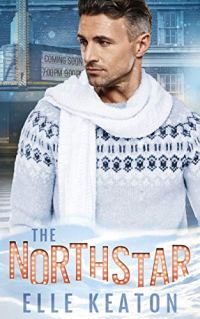 The NorthStar: An Accidental Roots Holiday Novella by Elle Keaton

The holiday season can’t be over soon enough for John Hall. His ex-boyfriend emptied the bank accounts and ran off with his personal trainer. Is trying to stay afloat worth it anymore?

Chance Allsop made a promise to his dying mother he hopes he doesn’t regret. His trip to visit the Northstar theater seems like a lark until he lays eyes on the handsome theater owner.

With his mother’s spirit at his back Chance fully intends to win John Hall’s heart. 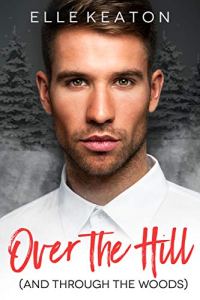 Over the Hill: An Accidental Roots Holiday Novella by Elle Keaton

A shy bachelor, a reformed play boy, and a last minute road trip. A snowstorm and a secluded cabin; will both men get what’s on their Christmas list this year?

Snow closes the road in front of them, and it’s too late for them to turn back.

Will a few nights away from the rest of the world bring these two together; and help their Christmas wishes come true?

Thirteen years ago, he came into my life as my son’s best friend. Knobby knees and eyes wide with admiration. Six years ago, he exited my life, leaving Smoky Vale behind for good. Or at least so I thought. Now he’s back, and he’s made it clear what he’s after. Me. The President of the Grimm Reapers. His best friend’s father. Now his lover and his protector. But when my life is cloaked with uncertainty, death, and retaliation, how can I keep this beautiful brave boy knowing that my love is poison?

After discovering that it’s impossible to conceive with his wife, young intersex rich boy Sebastian is talked into conceiving a baby with a hired man known as “the Stallion,” and they must do it the old fashioned way.

Archer’s paintings reveal his love for blood. Will his boyfriend, Clint leave and make the artist a target for a murderer?

Magic of Dragon: Magic of Four (Book One) by Xya Olsen

OA’s invited him to their elite school, and he cannot refuse. He’ll spend four years at the mercy of strict professors, dangerous trials, and nefarious bullies. Worse yet, the Overseers have handed Marik a prophecy he must fulfill before graduation… and die trying.

Too bad he doesn’t want to die.

But surviving and changing his fate will take a miracle. When he is asked to summon a Familiar—a creature to channel his magic—three powerful, handsome shifters answer Marik’s call.

Howl, the charming werewolf. Ozric, the passionate, courageous dragon. And Evarius, the sweet, protective bear. The three shifters may just hold the key to changing Marik’s fate… and stealing his heart. But to unlock his power, Marik must form bonds with each of them—starting with the dragon.

If Ozric’s searing flames don’t snuff him out, the prophecy, trials, and bullies just might.

Garrett Fitzgerald is the only son of Patrick “Paddy Fitz” Fitzgerald, but it isn’t all bad. He’s got his looks to get him into trouble and his fists to get him out. Or is it the other way around? He ran off to war and his family’s gambling business did just fine without him. Then Daniel Sullivan takes over and Garrett has to come home.

Something isn’t quite right with the Sullivans. Their rise through the criminal ranks of Rochester has been nothing short of charmed, and getting on their bad side means dealing with Clinton Galloway.

Daniel and Garrett want to keep the peace, and Daniel suggests partnering in more than business. A growing mystery also captures Garrett’s attention, but solving it means uncovering the secret behind Clinton Galloway and the Sullivans’ rise to power. Someone or something wants them at war, and that would really cramp Garrett’s love-life.

Omega Returned: Owen’s dreams are crushed when Prince Devin severs their betrothal. Alpha Fortis and Beta Keesh are charged with escorting him home, but the lust they feel for each other and for Owen leads them astray.

Omega Replaced: Donovan isn’t an omega. He’s an alpha—a ferocious one. So why does he have this irresistible urge to submit in the most painful ways possible? Alpha Tarek will have to teach him it’s okay for him to be who he is.

Omega Redeemed: Daisy is a delectable piece of omega eye candy who’s happy being a sex worker. The last thing he needs is an interfering sheriff. Quoitrel is only trying to enforce the law. Why does Daisy have to be the most tempting morsel he’s ever tasted? And why does watching Daisy service other men make his own desires skyrocket?