What happens when the life you envisioned is snatched away and something else takes its place?

Alpha Private Investigator Milton loves his job until a hit is put on his life. He grabs his stash of emergency cash, fake passports, and the teddy bear he’s had since childhood, the one he imagined so many crazy adventures with. As it turns out, his adventures weren’t so imaginary, and Horace, his bear, becomes more of a friend than a toy.

Omega Tristan has accepted that Vale Valley is his future. And his starting over came with a beautiful surprise, his childhood toy, Patch, was more than he ever knew. Only now, Patch has gone missing, and Tristan goes to the only person in town who he thinks might understand.

As Milton and Tristan begin a quest to unearth what was lost, they discover the magic of true love.

Breakable Faith is the eighth book in a multi-author series about Vale Valley, a small town open to everyone in need of love and a home. This story features a tattooed omega that has the hots for the priest. Naughtiness and general unholy thoughts are the running theme in this book. Be prepared to clutch your rosary and have a fan nearby.

Breakaway: A Sports Redemption Romance (Between the Lines Book 1) by Lizzie A Williamson

When your world is unraveling at the seams — can love find a way to conquer all?

Jesse Mitchell was a professional motorcycle (MotoGP) rider until an on-track accident nearly took his life. He moves to Uppsala, Sweden, to rehab, but his frustration over his predicament threatens to consume him. As time creeps forward, Jesse realizes mistakes of the past can’t ever be fully erased.

When his neighbor Hugo Magnusson, captain and star defenseman for the HC Uppsala Dragons, comes to Jesse’s aid after a fall, the gentle giant offers to take him in to assist with his rehab. Despite Hugo’s care and attention, Jesse spirals deeper, firmly barricading his anguish — and his heart — behind steel walls.

But when a figure from Jesse’s past starts causing trouble again, how much further can Jesse fall? Be afraid of the Breakaway — only the strongest survive. 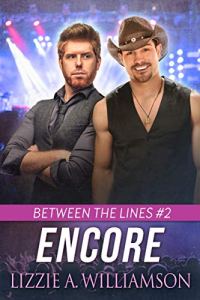 Encore: A Billionaire Sports Romance (Between the Lines Book 2) by Lizzie A Williamson

If true love is built on a lie, is it love at all?

A Little Sin by Sionnach Wintergreen

Sheriff Avery O’Rourke has tried to obey his strict Christian faith and lead a “normal” life. In 1923, in a rural East Texas town, “normal” means heterosexual. A cholera outbreak has made Avery a young widower, so he is married to his job. When a murder investigation forces him to confront his truth, will he finally be able to accept being gay?

Veterinarian Garland Sands has returned from Europe to take over his father’s practice. Struggling with shell shock (PTSD) and heartbroken by the suicide of his French lover, he resigns himself to a quiet, solitary life as a country vet. But the murder of the town doctor brings the sheriff to Garland’s doorstep looking for help with the investigation. Seeing Avery awakens dormant feelings. Can he love a man who hates who he is?

A nervous, adorable boy finally finds his sexy, sweet Daddy in this high heat level Christmas romance. Get ready for lots of praise kink, a bit of lingerie, and plenty of heart. 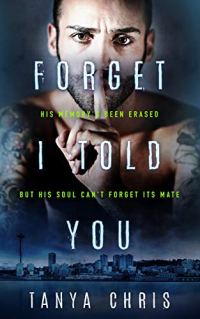 Forget I Told You by Tanya Chris

Jay has a nice wife and a nice life with a nice house and a nice job in the very nice city of Seattle. Except he’s beginning to suspect none of that is true. If he has a wife, why can’t he remember marrying her? And why does trying to remember make his head hurt?

Deron knows he shouldn’t be in Seattle, but he needs one little peek at the man who once belonged to him. He didn’t expect Jay to recognize him or for the two of them to get shot at.

Jay’s suffering from a case of amnesia only he can cure and is at the heart of a mystery only he can solve. Too bad he doesn’t know any of that. But there’s one thing he does know: Deron. His memory has been removed, but his soul will never forget its mate. 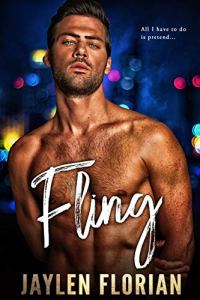 Posing for Insta worthy pics is simple enough, but there’s something Jasper doesn’t know. I’m crazy about him. Jasper doesn’t see me as anything more than the mayor’s son — an athletic and earnest guy a dozen years younger than him. Now is my chance to prove he doesn’t need his ex, he needs me.

When it all comes out I don’t know how we’ll handle the truth. Can we make this fake relationship real? Or will we drown in our lies?

Can Alfie get a second chance at love with Benji?
After unexpectedly losing his job in television, Alfie turns up at his oldest friend, Jam’s, birthday party drunk, pretty sure his world has ended, and that he’s about to hit rock bottom with a bone-cracking thud.

But it’s funny how Jam’s little brother, Benji, seems to know exactly what Alfie needs. For the past twelve months Alfie has thrown himself into his job and tried hard not to think about beautiful punk-loving Benji—tried not to see how the sweet kid he used to look out for, and who used to trail so adoringly after him, has grown up into a big lad with an even bigger heart. As Alfie sobers up, he begins to see things with a new perspective, and Benji has his full attention.

If only Alfie can admit what it is he wants. 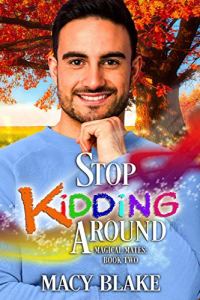 Fated mates…pfft. No matter what the sexy werewolf says, Toby doesn’t believe that fated mates are real. But the more he learns about the supernatural world, the more he comes to think that maybe his first impressions were wrong…and that Brooks might be his after all. 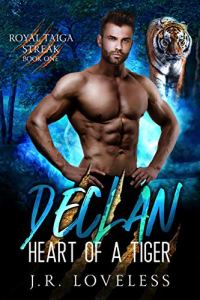 Will the truth bring them together, or tear them apart?

When a battered shifter rescued from a lifetime of trauma ends up as the top tiger’s mate, Declan is faced with possible war. With his nephew safe, and a new mate to secure, he should be focused on them. Instead he’s facing a challenge that will end up changing everything, or his death.

Sean grew up in a cage never dreaming of freedom, until the chance to save another brings him into the light. Now he’s met a man he can’t imagine living without. Only they both face a trial neither of them may survive. Can love give them the strength to win? 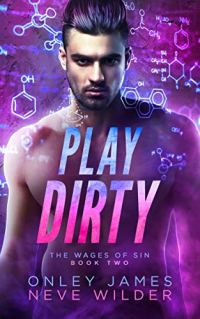 A chance encounter between elite assassins leads to a passionate night and a heated rivalry that spans years. Play Dirty is steamy, action-packed thrill ride of a romance featuring a Die Hard-approach to Christmas spirit, plenty of dark humor, and two stubborn men who find themselves in the crosshairs of true love.

Childhood best friends Hans and Chester are reunited only to get lost in the woods in this Christmas themed, fake boyfriend, contemporary fairy tale adaptation!

It’s time to leave college and the closet behind.

Nathan Rhodes has put hockey first for most of his life, but as graduation looms, he has a different goal in mind. He needs to come out and reclaim his first love. If only Caleb will believe him….

Theater geek Caleb Stockwell gave up on love when his boyfriend chose the closet over being with an openly bisexual guy. Now, he hides his heartbreak behind a string of casual hookups. He loves the drama on stage, but he’s done with the drama of Nathan Rhodes. For good.

Nathan is determined to right the wrongs of four years ago, but the clock is ticking.

One month until he and Caleb go their separate ways. One month to take a final shot at winning Caleb’s heart back.

Win or lose, everything is on the line. 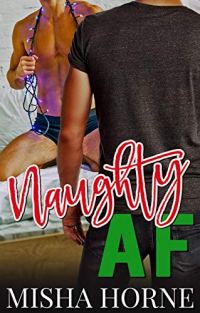 Hooking up with my new stepbrother over the holidays is probably fine, right? After all, What Happens at Christmas, Stays at… well, blah, blah, you know the rest.

It’s not like it’s a big deal. So we accidentally stopped annoying each other long enough to get our Christmas kink on, and now I can’t stop thinking about it. Whatever. It happens. Nothing has to change.

Except I think it already has.

BRAD
Hooking up with my new stepbrother over Christmas break is probably fine, right? Holiday hookups are a thing. They make movies about them all the time.

If it had ended with just one kiss or one kinky afternoon, or one surprisingly sweet holiday adventure, this would be a lot easier. But it didn’t. Instead, I accidentally got to know him.

And now I’m not sure I want this to end at all.

Happy Holidays from everyone at T.A.G. Your one-stop shopping source for all your killing needs.

It isn’t all stabbings, poisonings, and shootings here at The Assassins’ Guild. We decided to pause that and take a little time to celebrate being alive, and for some, being in love.

This is your friendly communications agent, Mr. No, here to tell you about the holiday fun Mr. H and his boys got up to this one Christmas.

Once upon a time, there was a Bob. This Bob got tasked with three missions. Not just any old ordinary missions, but missions of love…

Between guarding Connor, being stalked by Enrique, and being his usual sneaky self, Bob must put into motion three big surprises for his chosen family.

So, take a little time out of your busy schedule and join us for a T.A.G. Family Christmas the likes of you’ll never forget. 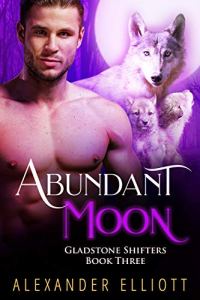 As Gladstone welcomes new pups, the pack faces disturbing news from Hezekiah’s journals and a mating bond gone awry. Join your furry friends for all the fun, drama, and romance you’ve come to expect!

(Not a standalone. Contains steamy M/M content. Book 3 of 3)

Forced to put her FBI training on hold, Lana Jones finds herself working eye in the sky for a Vegas casino. Melody Lysander is a cut above the usual crop of shady grifters Lana must investigate. For one thing, the seductive redhead doesn’t seem to comprehend the first law of Vegas: The house always wins.

In a million-dollar game of cat and mouse, who is the cat? And who is the mouse?

For the love of Mistletoe… I’m falling in love with a zombie cookie eating Grinch.

Fake dating and a Christmas Ball. Snowed in and there’s only one bed. Hurt/comfort. Mistletoe kisses… Join Jon and Cooper in this warm holiday read.

Cooper Kincaid finds the perfect gift on the side of the road: Jonathan Ashe. So perfect, in fact, that he can’t resist unwrapping the gorgeous present and playing with him a little early, after taking Jon back to his cabin to recover from a minor car accident.

But their merrymaking is complicated when Cooper lies to his meddling mother, and tells her he’s dating Jon.

Still, maybe a fake relationship could be fun, just for the holidays?