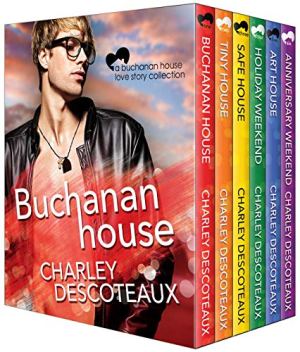 Read the whole Buchanan House series, including the bonus epilogue, Anniversary Weekend. A different trope in every book including hurt/comfort, friends-to-lovers, and age gap—over 1,000 pages of Romance!

Buchanan House, an LGBTQIA+ retreat on the Central Oregon coast, welcomes everyone under the rainbow. A diverse group of characters touch each other’s lives—sometimes to stay, sometimes just while they’re needed—enjoying good food, friendship, and the chance for love. At Buchanan House family is defined by love and everyone deserves a happily ever after.

The Buchanan House series follows a created family as all the major players—and several side characters—find their HEA.

Keith is lonely and unsure. He doesn’t know what he wants or where he’s going in life until a storm forces him inside out of the rain.

Sadler runs his family’s bookstore. He’s open to possibilities. Success. Magic. Love. A future. He only needs one more ingredient — maybe the sexy, wet guy who just walked in?

This is an insta-love, magical realism romp with a happy ever after ending.

This story was part of the Between The Covers limited edition anthology. 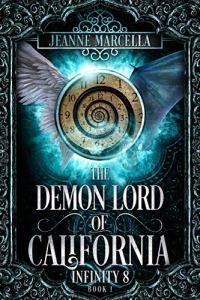 As a workaholic, and heir to the angelic Infinity Corporation, Agustín Chávez de la Cruz suddenly finds himself demoted from his daily duties. At first he’s angry, but upon learning of his new assignment, he’s captivated.

Calico Winghorse isn’t from Earth, he isn’t human, and he’s extremely attractive. He also owns an interdimensional portal that the Corporation wants at any cost.

As Agustín formulates a more gracious avenue of acquiring Calico’s gateway, they both realize they wish to establish more than a mere business arrangement. But not only is Calico refusing to sell, the portal is useless due to his injuries during the journey to earth. Agustín will have to push both his angelic heritage, and his own psychic powers to the very limits to mend someone who not only bears celestial blood, but who is also the god of space and time.

The monster lurking in the deep. Demons who consider humans a delicious meal. Aliens with no respect for human boundaries. Humans and their extreme selfishness. These stories explore the darkest side of sexuality.

“Hunger” is a collection of Adara Wolf’s m/m short stories, many of them originally exclusive to Patreon. They are a mix of sci-fi and fantasy short stories that lean heavily on darkness and kink. These are not happy stories; do not expect HEAs.

Standing accused of crimes he struggles to understand, he finds he has an unexpected champion: the Talani warrior and war hero J’nah Quislin.

Matthias Reynolds loves his life. He’s starting to make it as a graphic artist at last and has a job he really likes at a local café that pays the bills. When a night out clubbing leads to an awkward morning after, he’s embarrassed and more than ready to forget all about it. When Talani Enforcers show up at the café, he doesn’t know what to make of it all as he’s led away in restraints. Just, why? 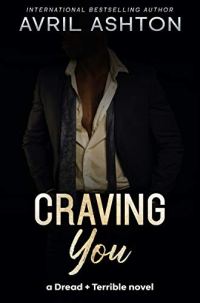 To realize his promise of revenge, Preacher blackmails his enemy’s grandson into marriage. Destroying Kannon’s family is the plan. Loving his husband? Nope, Preacher doesn’t see that happening.