Leadership and setting an upstanding example are everything to Wisconsin Wendigos captain David Dickson. On ice, he’s got it all together. Off ice? Not so much. For years he’s been pining for not one, but both of the loyal alternate captains who’ve stood by him through thick and thin.

They’ve always had his back…

Sasha Ivanov and Bo McAllister have always seemed more into each other then into their captain. But when the stress of the season starts affecting David, they’re more than willing to step up and help him deal with it–by whatever means necessary.

When Sasha and Bo offer him everything he’s been wanting, David can’t say no, even though he knows it comes with an expiration date. But the more he finds himself fitting into their life, the more he wants what he knows he can’t have.

Can Bo and Sasha find room in their hearts for one more person? Will David let them bring him into their life? Or are these captains doomed to remain just teammates?

Find out in this steamy sports romance novel, featuring a team captain who’s too stubborn for his own good, a defenceman with a heart of gold, and a goalie who never has a problem using his words.

Three-Man Advantage is a standalone romance with a HEA and no cliffhanger! Also includes a sneak peek at Holding, Book 3 in the Tripping series, coming in October 2018!!!

Bottom of The Class by Lina Langley

You only get to have your senior year once.

And if Callum George can never live his last wild year of high school again, he’s going to make sure it’s the best one of his life. He’ll audition for every role. Drag his friends out on every whim. Do anything and everything he wants, no matter how wild.

And anything and everything he can to forget his parents’ recent divorce.

But he never expects the distraction he needs to come in the form of his new drama teacher. Mr. Redford is the most gorgeous man he’s ever seen in his life…and completely off limits.

That won’t stop Callum from trying.

Not when the thrill of secret touches, the promise of the forbidden, makes Mr. Redford even more enticing. Not when under the teacher’s seemingly cold indifference smolders a desire just waiting to break past its boundaries. Callum knows it’s wrong. Redford knows he can’t.

Master by Choice by M.A. Innes

Jackson found his boys by accident, but taking the steps to understand what they need has been a deliberate decision. Only weeks into getting to know his pups, Jackson can already picture a future with Sawyer and Cooper. He just needs to show them that no matter what the obstacle, he’s their master by choice and nothing will change that.

Cooper and Sawyer made a family together when everyone else turned their backs on them. Daydreaming about the day they’d find Master Right helped to fill the empty place in their family. As Jackson starts to merge into their life, none of the men know exactly how it will look. The only thing they’re sure of is that sometimes the best family isn’t the one you’re born with, but the one you choose.

This book is currently priced at $ 3.99 (pre-order price) Please be ware that price will go up today.

The Omega’s Trident by Eva Leon

Sometimes one Alpha just isn’t enough.
Growing up in Kansas meant that I’d never even seen the Ocean before.

I never expected that the sea would call to me during my first trip to the beach.

But, that didn’t surprise me as much as discovering the truth about myself, or that some Omegas were destined to love and be loved by more than one Alpha.

I am Caspian Chadic.

Would you like to meet my harem?
The Omega’s Trident is a reverse harem Omegaverse mpreg romance featuring a love story between one Omega and three hot Alphas. It is a standalone story with no cliffhanger. 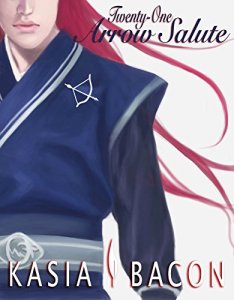 Freshly enlisted in the Highland Regiment, he does all he can to steer clear of responsibility and commitment. Just not his cup of mead, that. Loose of tongue and even looser of morals, he rarely misses an opportunity to get into trouble—and into the other archers’ knickers, too.

In a unit composed almost entirely of Dark Elves, Hernan Seinnés, with his green eyes and auburn hair, is an outsider. When Verhan, up the creek again, is blackmailed into helping Hernan, he never expects to fall for him. But during the long hours spent training Hernan for the Honour Guard, feelings strike the Highlander right in the heart—and with the force of an arrow.

Unversed in relationships, Verhan finally plucks up enough courage to tell Hernan how he feels, only to drive the Asirhwӱnian away instead. If Verhan can swallow his pride, he might get one last chance to show Hernan what he means to him—and maybe this time he can hit the mark.

Preorder now! $ 2.99 on Amazon and available with KU

Growing A Family by Eva Leon

Two against the world… (Three if you count the dog.)
Hollis
I’m an outcast in this town, but I’m not giving them the satisfaction of running me out. Everything still important to me is here—my service dog, Jada, and the indoor farming facility I’m building from the ground up. I can’t do that alone, so when Eddie comes knocking for a job, I hire him. I should steer clear of the innocent Omega, but I’m drawn to him. I’m covered in scars, but they aren’t all visible. Loving him risks dragging him into my bleak existence, but not loving him isn’t an option.

Eddie
I haven’t been in Spring Valley for long, so I can see the unfair treatment Hollis gets because of his parents’ actions. I want the job, but I also want him. He’s wounded and angry, but he’s also gentle and sensitive. He needs me as much as I need him, and we won’t let this town tear us apart. That’s easier said than done when we’re contending with malicious vandals, a biased sheriff, and everyone’s disapproval. I can survive all that, but I can’t survive losing Hollis.
Growing a Family is an older Alpha younger Omega mpreg romance set in a non-shifter Omegaverse. It is a standalone story with no cliffhanger.

Dominating your new employee might be the worst idea ever… or the best.

Broke and without a job, Tyler has been sleeping in his car. When he’s offered a job at Bound in Silk, it might just be the change in luck he needs. What he doesn’t expect is for the club owner to be so hot and dominant. He ticks about every of Tyler’s boxes – even though a relationship is the last thing Tyler needs right now.

Where There’s Smoke by BL Morticia

Chicago nearly destroyed me, but moving to Cobalt, I found everything I needed to put my life back together. Or…almost everything. I have an amazing man, a job I love, and a budding career as an author. Why does it feel like something is missing?

Being a gay firefighter in a small town like Cobalt is tough, but the day I met Santiago in a coffee shop, all the struggles in the world wouldn’t keep me from his side. I’m ready to give him everything, including a white picket fence home filled with all the strange antiques he could ever want. But first I have to clear the path to our future, by digging through the wreckage of his past.

I’m no stranger to heartbreak, but I’m a man who knows how to get what he wants. Chaos in my life stole the man I love. Between my Fortune 500 company, my mother’s failing health, and my sister abandoning her daughter for drugs, I barely have time to breathe. But I rise above it all to give my niece the family she deserves. Which means getting my man back, no matter what—or who—tries to stand in my way.

Three men. Three different lives. And a chance at love just out of reach.

TRIGGER WARNING: Flashbacks and mentions of rape. On page violence. 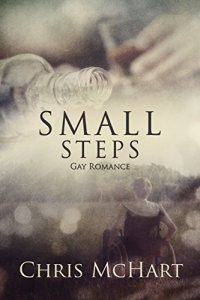 Ben currently hates everything: The accident that temporarily put him in a wheelchair, the fact that he has to go for rehab and live in an assisted living home as well. He just wants his old life back.

But things aren’t easy. The truth may destroy them.

Four men, brought together by fate, connected in more powerful ways than they’d ever imagined.

Lidon, the powerful alpha-cop, determined to never trust another partner—until he helps a vulnerable omega through his heat and connects with him in a way that leaves him reeling.

Enar, the alpha-doctor who dedicates his life to serving omegas who need his help. He works himself to the bone, anything to drown out his inner voices that scream at him he’s not a real alpha.

Palani, the sassy beta reporter who will do anything to save his omega lover and childhood friend, even if it means watching another man claim him.

Vieno, the omega who suffers from a medical condition that requires an alpha’s help. It was supposed to be sex, but his attraction to the alpha goes much deeper. But how can he betray his soulmate and lover Palani like this?

When Vieno’s freedom is endangered, he needs Lidon to save him. The alpha steps up, but the consequences of his choice are more far-reaching than anyone of them had foreseen.

Four men try to figure out what they are to each other amidst political unrest, investigations into corruption and fraud, a medical issue that is far bigger and more sinister than it seemed at first, and old legends that are turning out to be real.

Alpha’s Sacrifice is an MMMM mpreg gay romance and the first book in the Irresistible Omegas series. It is not a stand-alone and ends on a cliffhanger. Please note the triggers warnings in the front of the book.

SPOTLIGHT!! See Me by TL Travis