SPOTLIGHT!! Something Human by AJ Demas

Something Humanis a standalone m/m romance set in an imaginary ancient world, about two people bridging a cultural divide with the help of great sex, pedantic discussions about the gods, and bad jokes about standing stones.

The Dragon’s Omega by Eva Leon

An omega finds himself as the prized piece in his Dragon’s hoard.

Maxwell “Max” Robertson collects beautiful books and enjoys spending his days in Austin’s many art museums. Of course, he’s drawn to them, he’s a dragon. His hoard consists of books, his shelves loving filled with tomes he’s discovered. He knows that dragon shifters are rare, and Max has accepted he’ll never have his own Alpha since he refuses to share. But when he runs into, literally, the most gorgeous alpha he’s ever seen–Max wonders if this could be his chance.

Damien is a collector of beautiful things. When he is inspecting his latest purchase at a museum, he meets Max. Clumsy, intelligent, incredibly sexy omega Max. Damien isn’t a stranger to casual relationships, but the intensity of his own desire shocks him. All he knows is that his collection pales in beauty compared to the shifter before him. He wants, no, Damien needs Max.

But Max won’t simply roll over for Damien, he will only bond with an alpha he deems worthy of himself. And for all of Damien’s flash, Max needs to know he has a heart. Damien must choose his pride or the omega of his dreams.
This Mpreg romance is a steamy yet romantic story of two dragon shifters finding their dreams in one another. It features incredible chemistry, first-time nerves, misunderstandings, steamy interactions, and romantic interludes with a guaranteed happily-ever-after.

Every being, wretched or not deserves love… Commitment

Though Mercurio assisted Valios and newly fallen angel, Calisto with the birth of their babies, he hasn’t been selected as the Head Keeper. After some egregious errors, Valios doesn’t trust him thus relinquishing two of Mercurio’s most important powers. Despite losing his confidence but continues to be Valios’ loyal servant.

Dorian is a new Soul Catcher, brought over by vampire Ryland. Although a hot commodity in The Realm, he has no desire to be paired with another bloodsucker. Instead, he’s got his eyes set on Mercurio and will do anything to get him.

Though Mercurio is attracted to Dorian, he doesn’t want a relationship. Calisto has been a good friend. Why not take advantage of the vulnerable fallen?

That wayward thinking could cost Nouvelle’s resident historian his life. Can Dorian convince the snake shifter he’d be making a huge mistake?

This is the final book in the Immortals series. All books must be read in order.

This is a dark romance. 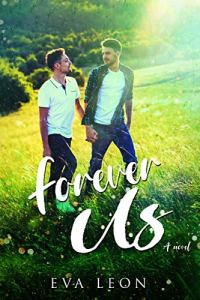 Forever Us by Eva Leon

An alpha in need of healing, and an omega willing to put his dreams aside for the sake of love.

When I lost my mate, I wasn’t sure how I’d make it through… but my daughter gave me hope.
When I received my cancer diagnosis, it took everything in me to stay strong for her.

My treatment has left me with nothing to offer an omega, but Jules doesn’t care. All he wants is me, and he loves my daughter as though she were his own.
I thought I was on my way to finally reaching my own happily ever after… but then everything fell apart, and I lost Jules too.

I didn’t care that Kilo couldn’t give me the child I’d always wanted. I love him, and I love his daughter more than anything. My wounded alpha has lost so much, and all I want is to help him heal and give him everything I can to make it work.

I thought I was strong enough. But then a miracle happened, and it almost destroyed my world.
I love Kilo… but can we find our way back together?
”The Things We Lost” touches on serious themes of loss, recovery, and forgiveness. This novel is a standalone M/M mpreg romance with no cliffhanger and a guaranteed happily ever after.
*This novel was previously published under the name The Things We Lost*

One Night in Boukos by AJ Demas

On a night when the whole city is looking for love, two foreigners find it in the last place they expected.

The riotous Psobion festival is about to begin in the city of Boukos, and the ambassador from the straightlaced kingdom of Zash has gone missing. Ex-soldier Marzana, captain of the embassy guard, and the ambassador’s secretary, the shrewd and urbane eunuch Bedar, are the only two who know.

Marzana still nurses the pain of an old heartbreak, and Bedar has too much on his plate to think of romance. Neither of them could imagine finding love in this strange, foreign city. But as they search desperately for their employer through the streets and taverns and brothels of Boukos, they find unexpected help from two of the locals: a beautiful widowed shopkeeper and a teenage prostitute.

Before the Zashians learn what became of their ambassador, they will have to deal with foreign bureaucracy, strange food, stranger local customs, and murderers. And they may lose their hearts in the process.

One Night in Boukosis a standalone romance featuring two couples, one m/f and one m/m. Read it now to discover a fresh, new, imaginary world of passion and intrigue! 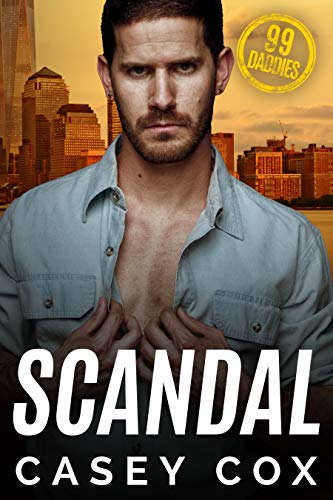