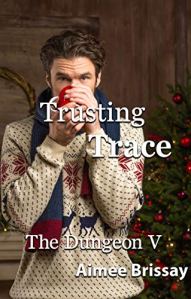 SPOTLIGHT!! Trusting Trace: Christmas at the Dungeon by Aimee Brissay

Robbie loves Christmas. He loves everything about it, the smells, the sounds, the feel. Now if he could find someone who shares his love for it and his need to spice things up in the bedroom, he’d be a happy man. However, he is not going to get involved with anyone, not even someone as seemingly perfect as Trace.

Trace is new in town and just as lonely. When he lays his eyes on Robbie, he knows he has to have him. But when you’re dating someone as skittish as Robbie, things are never that easy and little outside intervention might be in order.

Can the Christmas cheer and Robbie’s best friend help Trace push through Robbie’s defenses and win his heart? 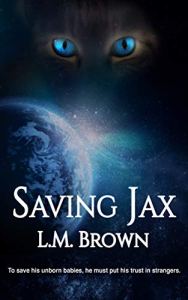 Jax has made mistakes in his life, the biggest of which was falling for Lyndon. His love died when Lyndon refused to claim him as his mate after Jax discovered he was pregnant. His feelings turned to hate when his babies were stolen from his care the day they were born.

Reliant on Lyndon for the cream he needs to survive, Jax does everything he can to keep him happy and he lives for the day when he will be reunited with his children.

When Jax discovers he is pregnant for a second time, he is terrified his second litter will be taken from him, too.

Ty is a dual-gendered feline who dreams of carrying his own babies one day. If they are fathered by Cal, the sexy feline he feeds from, it would be even better. Ty’s parents have other ideas. They don’t wish the public to know that their high-born son is dual-gendered, and arrange for a mating festival to take place so Ty can choose a dual-gendered mate of his own.

Although Ty has no intention of submitting to his parents’ wishes, something about Jax draws Ty to him and when he and Cal discover Jax’s secret, they know they must help.

Ty and Cal offer Jax a way to escape Lyndon’s clutches, but Jax knows almost nothing about the two felines who have offered to claim him.

The stakes have never been higher and Jax must learn to trust again, or risk losing everything.

Note: This book contains non-graphic dub-con and brief attempted assault between one main character and a secondary character that some readers may find upsetting. 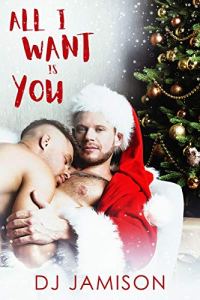 All I Want Is You: A gay holiday romance by DJ Jamison

One kiss under the mistletoe destroyed a friendship. Will another Christmas kiss remake it into something better?

Eli hasn’t been home since he left at eighteen with a heart aching from his best friend’s rejection and his father’s intolerance. But when his father reaches out, Eli figures it’s time to make peace with his family. He doesn’t expect to come face-to-face with Turner too — or to learn that the straight friend he’d foolishly loved is actually bisexual — but once the shock wears off, he knows exactly what he wants for Christmas.

Turner’s life isn’t everything he’d once planned, but he’s happy to be the shoulder his loved ones lean on. They keep him busy, which is just as well since none of his dates have really clicked. He hasn’t been able to connect with anyone the way he did with his former best friend. When Eli shows up for the holidays after years away, Turner doesn’t know what hit him. But he knows one thing: This time, he wants to give Eli a reason to stay.

All I Want Is You is a friends to lovers, second-chance romance with an HEA. 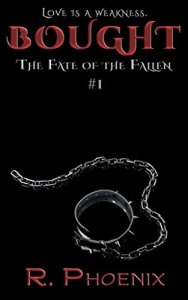 Bought (The Fate of the Fallen #1) by R. Phoenix

Bought, Ravel, and Recoil feature different characters whose lives begin to come together in Owned and Temper. This dystopian series explores different aspects of the world, from utter darkness to the shining lights waiting to emerge. Because of this, the books range from dark erotica to romance to horror to action(ish) to bits of other things in between.

**Please note that the The Fate of the Fallen world has little place for humanity. As a result, content in these works may contain graphic scenes of depravity, cruelty, and violence — sexual or otherwise — that could be offensive and potentially triggering to some readers.

SALE: FREE on Amazon (for a limited time) and available with KU 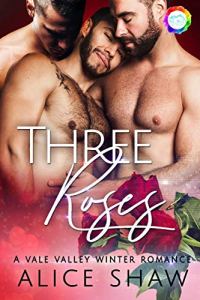 Alphas Ozzie and Aidrick believe all they need to make their relationship complete is a baby. But after several surrogates cancel their plans with the alpha couple, they’re beginning to lose hope. When they receive a mysterious brochure for the magical town of Vale Valley, it turns out to be exactly the new home they need.

Omega Tommy has no idea who he really is. Alone and close to freezing, he’s saved when the two alphas follow Ozzie’s dream to the top of Onyx Mountain and find him lying next to three immaculate roses growing in the snow. The alphas’ love warms his body and heart, and their relationship is cemented when the three of them finally give in to the lust they feel for each other.

But before they can fully commit, the thruple must complete their quest to find Tommy’s true identity—and once there’s a baby on the way, the clock is ticking!

Three Roses is part of a multi-author series about Vale Valley, a small town open to everyone in need of love and a home. It’s a MMM Mpreg romance featuring two hot, kinky, gorgeous alphas, an omega who needs the love his alphas have to give, a magic music box, and a surprise gift that will warm your heart, all set in the mystical, magical, love-filled Vale Valley!

Pre-Order now for $ 3.99 on Amazon and will be available with KU 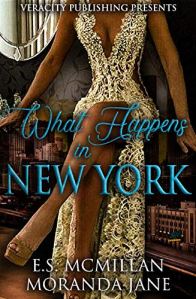 What Happens In New York by E.S. McMillan and Moranda Jane [MFF]

Morgan Mitchell has gotten lost in the shadow of her attorney husband, Max. After the birth of their son, things take a turn for the worse and Morgan finds herself in desperate need to get away for a few days with her best friend. Find out what trouble these two get into in E.S. McMillan’s What Happens In New York.

From KU Fun for November & December! Check out more here. 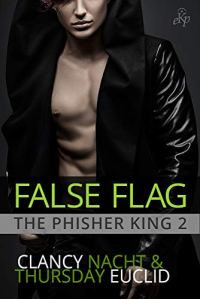 FBI Agent Callum Riggs and hacker Hunter Walsh have settled into a quiet, contented life together with their Pomeranian, Bruiser. Under a hostile new administration, Cal’s changing duties at the Bureau frustrate his career and personal ambitions. Meanwhile, unbeknownst to Cal, Hunter pursues vengeance against his would-be rapist Chad, following him into the heart of Seattle’s blossoming Alt-Right scene.

Will Cal’s handsome former partner Justin Barnes and Hunter’s mounting pile of secrets drive a wedge between them? With Barnes trying to woo Cal away from his current life, Hunter in too deep with a band of White Nationalists, and the authorities focused on all the wrong suspects, will Cal and Hunter find a way to save Seattle before tensions explode?

This sexy 60k romantic thriller contains: an undercover Pomeranian, a buff FBI agent who likes being called daddy, and a pink-haired hacker who has serious issues with authority. 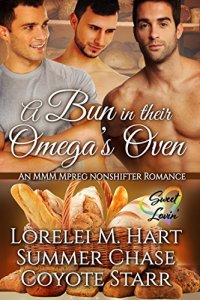 When Oliver finds out he has a bun in his oven—courtesy of the two hot alpha bakers on his flour-delivery route—he’ll be making a special delivery of his own.

Chris is a lucky guy. Good things often fall into his lap, including the TV baking competition that jumpstarted his career. But he wants more than just money in the bank, a bit of fame, and a growing business. Chris wants a family—although he’d probably settle for a good lay with the one man who wants less than nothing to do with him.

Adam’s life is all about dough—and not the kind that could get him out of his small-town rut. No, Adam’s stuck running the family bagel business and trying to out-bake the arrogant celebrity donut-maker and adopted town prince, Chris. If only he could get Chris out of his hot dreams. But the guy boasts the best donuts in the state and an ass you could bounce quarters off—and Adam’s subconscious just can’t ignore him.

Then there’s Oliver. His life is fan-freaking-tastic—except it totally isn’t. Back home and living in his parents’ basement is the last place he expected to be at his age. Worse yet, the only job he can get is running a delivery route nobody wants. And for good reason. The last two bakery stops are made of evil—or so he’s been told. But his boss forgot to mention the bakeries are owned by the hottest men Oliver’s ever seen. Too bad they hate each other.

Or do they? The longer Oliver spends between these two hot bakers, the more he flips their antagonism upside down, their attraction making their alpha instincts kick in, much to their surprise. Now if only they can figure out how to deal with the even bigger surprise that’s about to kick—in Oliver.

A Bun in Their Omega’s Oven is a full-length, pun-filled, non-shifter, MMM, Mpreg romance featuring an omega who needs de-flouring, three men who make sure all things rise to the occasion, a chicken with more names than any critter needs, two stubborn bakers who know how to bring the knotty heat, and a special bun in the oven that will not be delivered via a truck. 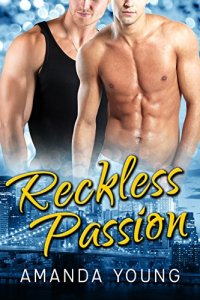 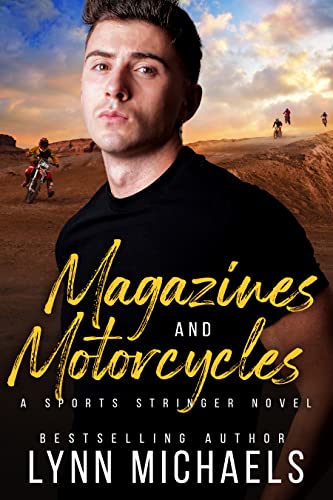