“Of course I smelled him—smelled him and was drawn to him. Rich, ripe, male omega—not far away and well into his heat. Unsatisfied heat. I laughed, realizing that in this moment, at least, the omega was the boss of the alpha. I needed to help him.”

Angel, an alpha who’s left the violent, strictly hierarchical rules of his pack to find success in the big city, and Leo, an omega on the run from his abusive alpha, are thrust together to satisfy Leo’s urgent heat-lust. But can a once-hurt omega ever trust an alpha to care for and protect him again? And can an alpha sensitive to social injustice learn to enjoy his naturally dominant nature?

Angel and Leo must both face the pasts they ran away from before the two can build a new future together. They may not be able to change the laws of nature, but they can change the language of love.

Content warning: this book includes references to past physical abuse and a description of suicide 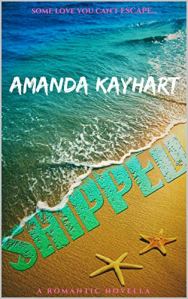 No one understands that more than Leah Ives–a fresh college grad who spent the last several years studying, working hard, and counting pennies. So what did all that hustle earn her? A dismal day job, debt up to her eyeballs, and a Bachelor’s degree in fetching coffee.

Leah needs a getaway.
And luckily, she’s taking one.

After years of planning, Leah finally saves enough for her dream cruise in the Bahamas. Her bags are packed, and she’s ready to board that ship and sail off on a trip of a lifetime. Except all that organizing doesn’t prepare Leah for Mallory Miller, her bitter ex-girlfriend who threatens to capsize her entire Caribbean vacation. 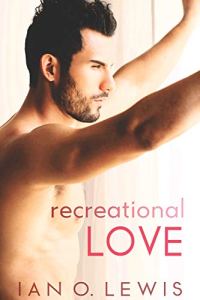 “You still want to have sex? Because if that’s all you can handle right now, I’m prepared to keep it light, no strings attached.”

Michael Reynolds had it all. A successful real estate developer who could have any man he desired, but only on his terms. Recreational love was all Michael wanted; no feelings required, just a good time for the night. He only gave his heart away once, and twenty years later, he is reunited with the love of his life. Determined to win Spencer back, he agreed to a simple fling, no strings attached. Could he play by the rules of recreational love, or would he lose his heart instead?

Spencer Talbot returned home to escape rumors and gossip after being abandoned at the altar by his philandering fiancé. Secretly relieved the wedding didn’t take place, all he wanted was a quiet place to lick his wounds and get on with his life. When his first love reappeared after decades apart, his world was turned upside down. The attraction between Spencer and Michael was overwhelming, but the timing couldn’t be worse. Giving in to his feelings would make him vulnerable, and he’d had enough rejection to last a lifetime. Could Spencer open himself to Michael and finally be with the only man he’d ever loved?

This is a second chance romance between reunited high school sweethearts. It features a wise aunt, an eccentric family, and a love that refuses to die. And of course, there’s a guaranteed happily ever after. Each book in the series can be read as a stand alone novel.

Varick Ward spent two years trapped as a wolf before pledging himself to Isherwood Pack. Since then, he’s been slowly regaining a real life despite keeping his past pains to himself.

When the king of werewolves invites the pack to Romania for an official introduction, Varick goes because protecting his alpha pair is his job. Right away, things go sideways. They’re barely through the doors of the castle where the king’s pack lives when a man attacks— Or wait. Is he trying to protect Varick from everyone else? Like the dominant partner in a mate bond would?

Though the new couple is meant to be in isolation while they bond, ghosts from Varick’s past are plotting against the people he now calls family. Circumstances separate them and danger hovers on the edge of town, but can these two persevere and secure their second chances at love?

Raceway of Love by Robert Bocking

“In the space of a heartbeat, Jason was no longer thinking about the Chevy but about the tall, dark haired sculpture of a man that stood smiling at him. Jason bit his lip slightly as he inspected the machine of manhood which stood before him…”

His whole life Jason Moore has lived behind the wall of his automobiles, covering his heart in oil and grease and shielding him from falling in love and hiding his deepest secret from a judgmental world. Meeting Franki Malone was the key to unlock his heart and awaken his senses to life.

The Beast’s Beauty by R. Phoenix

“No one will ever look past these scars.”

Once a popular singer, Griffin lost everything to a fire. Society cast him aside when it became clear he was no longer handsome. Sure that no one will ever see beyond the scars that have ruined half of his body, he turns to desperate measures to find companionship.

“How can I do anything but surrender?”

Kidnapped because of his looks, Ryder is delivered to Griffin to become anything his master wants him to be. He is repeatedly forced to choose between humiliation and worse. Each time he obeys Griffin, a piece of him breaks away. Can he truly refuse when every option is worse than the next?

In this psychological drama, two men struggle with their definitions of what society labels beauty as opposed to a beast… and they learn that the true definition of beauty might not be as clear as they’d thought.

Notes: This book includes kidnapping, Stockholm Syndrome, humiliation, and puppy play. It may offend some readers.

From KU Fun for January & February! Check out more here.

When Ryker meets Gage, the attraction is instantaneous, but it can only be temporary. Ryker was built to live in wolf territory and that’s the one thing Gage will never do. As soon as he gets his sister settled, he’ll flee the Northern Pack and the alpha he’s always dreamed of belonging to. Unless love, with a little help from science, can find another way …

Omega Revealed is a M/M shapeshifter non-MPREG alpha/omega novella. It’s the second book in the Omega Reimagined series and can be read as a standalone.

Grant Murchison is a computer programmer with a great job, a small house he’s fixing up, and a mischievous tabby cat named Molly. Doctor Brodie Hall is a veterinarian with a sleeve full of tattoos and an enormous mastiff named Ruby.
When Molly gets sick after nibbling on Grant’s favorite purple toy, he rushes her to the vet clinic where the doctor works. Grant’s embarrassed to admit what Molly ate, but Brodie finds Grant’s reaction charming.
Brodie decides to pursue Molly’s owner, but getting close to Grant is a bigger challenge than he anticipated. Despite Grant’s attraction to the vet, his past leaves him unable to trust in a future together. Doc Brodie may be great with scared and hurting animals but will his technique work on Grant?

In AD 107, after a grueling campaign against Rome’s fierce enemy, the kingdom of Dacia, Gaius Fabius returns home in triumph. With the bloody battles over, the commander of the Lucky IV Legion now craves life’s simple pleasures: leisurely soaks in fragrant baths, over-flowing cups of wine, and a long holiday at his seaside villa to savor his pleasure slaves. On a whim, he purchases a spirited young Dacian captive and unwittingly sparks a fresh outbreak of the Dacian war; an intimate struggle between two sworn enemies with love and honor at stake. 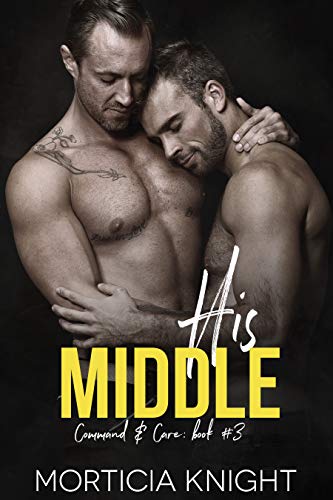