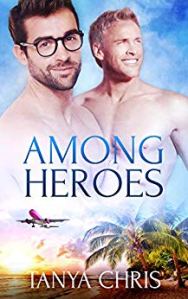 Among Heroes by Tanya Chris

This disaster of a romcom will have you rooting for the two bad boy wannabees whose solid gold hearts yearn for each other while their rock solid bodies grapple with a different kind of yearning.

If you’re going to fly into the path of an oncoming hurricane, there’s only one man you want as Captain: ex-Air Force pilot, Rook Terzi. But why would you do ever do such a thing in the first place? This definitely isn’t the smartest decision Rook has ever made, as evidenced by an abrupt landing on the wrong side of Coxa de Peru, but being marooned isn’t all bad. In fact, it would be almost paradise if it weren’t for one particular passenger: YouTube personality and alpha-wannabe, Bryce Norris.

Bryce figures he’s the best choice to take charge of this group of survivors. He’s a paid adventurer, after all. Sure, his production manager usually handles the details, but Bryce does his own stunts, and he’s ready to sacrifice his body in any way necessary. Too bad no one’s asking him to play hero, because he’s well-equipped for the job.

When a crew member’s declining health means they can’t wait for rescue any longer, Bryce and Rook need to stop fighting for dominance and start cooperating on a jungle trek towards civilization. Can their rivalry turn to passion beneath a tropical moon?

Content warning: the author knows nothing about flying a plane except what you learn by sitting in one and has made up her own model of aircraft. If you have any aviation expertise, you’ll probably find this book supremely annoying. Otherwise, suspend your disbelief, buckle in, and let’s take off on what’s sure to be a wild ride. 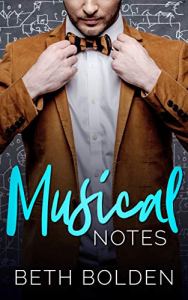 For the last six months, shy, nerdy, English teacher Carter Bennett has been crushing on the brand new PE teacher.

It doesn’t matter how many months in the school year there are, Carter knows that cool, laid-back, college baseball star Nolan returning his feelings is hopeless.

Until they’re both called in front of the Principal and given an impossible task: take over the spring musical from the MIA choir director.

Carter knows all about literature and plays, but had to give up his college theater major because his shyness was too crippling. Nolan knows even less. But despite lapses in choreography, terrible acting, a complete lack of sets, and costumes from the eighteenth century, they’re going to have to hit all the right notes, together.

Musical Notes was originally published as part of the School’s Out Giveaway, but has been edited and had additional content added.

Blade: As the lead singer of Hard Core, I’ve been taught several key life lessons. Unfortunately, I’ve also ignored many of them in the last twenty minutes alone, which is why I’m now being chased by a horde of crazed fans.

But my worst misjudgment today? Going outside in public without security or a backup plan. Screaming fans come with the job and the fame is as much of a blessing as it is a curse, but I still couldn’t imagine doing any other line of work.

Music owns me and I am happy to be her bitch.

Nico: I knew who he was as soon as he burst through the front door of my store and I was absolutely starstruck and speechless. Yes, me with my own hardened attitude and jaded outlook on life had lost the ability to talk in the presence of Blade.

I’m an ex-con. I paid my debt to society, and I have my own brand of scars to show from the time I spent behind bars. My life’s regrets stain my soul as much as the ink of my tattoos color my skin. Solace for me came with ownership of a bookstore. It was a peaceful place to work until a certain rockstar blew in from the street like a Category 5 hurricane.

Hurricane Blade was about to make landfall and I wasn’t sure I’d survive the storm.

Xander has no idea why his dreams have turned so repetitive, sexual and uncontrollable. They’re threatening his sanity and driving his dorm-mate, Seth, crazy. Worse yet, the dreams are more malevolent then they know. People are getting hurt, and neither of them has a clue how to stop it.

Luckily Xander has Seth, and that might be enough to overcome anything–even the commands of a god.

He broke into his office, and had his heart stolen in return.

I broke into his office,
But I didn’t have a choice.
So what if he is good-looking?
So what if he is single?
So what if he is my type?
Why should it worry me that he could easily overpower me?
Who cares if what I’m doing is wrong and illegal?
I can’t second-guess myself, even if there is the possibility of more between us.
The risk is too great.
The threat all too real.
Unfortunately, my life is about to implode,
And the least of my problems is an irate private investigator.
When old threats return,
And new threats—mainly four scary women—attack,
The best thing I can do is just keep my head down and ride it out.
Then, why can’t I stop thinking about him?
Why do I find him so irresistible?
And what happens if I make one mistake and lose him forever?
Because this is quickly becoming far more than either of us could have ever imagined,
And the life and death stakes mean neither of us can mess up.
I can’t believe breaking into his office has led to all this.
Then again, as some people say: there is nothing quite like love at first … crime.

I Broke Into His Office is an m/m romantic suspense standalone. Each book in this series can be read out of order. Couples will crossover with other books, so it is recommended they are read in order to get the full enjoyment out of those appearances. 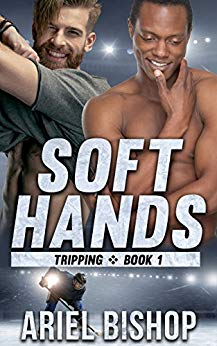 He’s always hit them and quit them…

Xander Richards, a winger for the Wisconsin Wendigos, has a reputation for never sleeping with the same person twice. Some say it’s ‘cause he doesn’t have any heart, but if you asked him at his most honest it’s because his heart isn’t his own: he’s hopelessly in love with his best friend and former linemate, who’s now happily married and traded away to Seattle last season.

When Xander asks out Jordan Darling, team trainer and massage therapist, he doesn’t expect to get shot down. It’s a first, but it only makes Xander that much more determined to make Jordan his. But Jordan wants a relationship, not just the one-night stands that make up Xander’s sexual life.

Just when he thought his heart was on ice, love comes skating in…

What Xander doesn’t know is that Jordan has been nursing an unrequited crush on him for over a year. Lonely without his best friend, when he finally opens his eyes to what is right in front of him, the chemistry is undeniable. And for once, it keeps Xander coming back for more

Is Jordan the other half of his heart? Will Xander put his player days and ways behind him? Or will he push Jordan away to find someone who deserves him?

Find out in this steamy sports romance novel, filled with heart-stopping moments, heart-pounding sexual tension, and two hearts that just might be what the other needs.

Soft Hands is a standalone romance with a HEA and no cliffhanger! 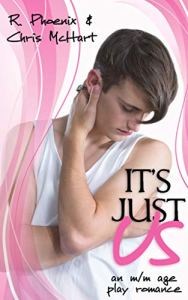 Used to pretending he’s someone he’s not, twenty-one-year-old college student Micah has been hiding his true self. When a prank sends him into a bar on kink night, he finds something he never knew he needed: a world so strange, yet so alluring, where someone offers to take care of him… even though escaping all the pressure sounds too good to be true. But can he find something lasting with a Daddy who likes to pamper him? Can he trust Carter to be his first in so many ways?

At forty, Carter is a widower. Though he’s past the stages of grief, he’s still completely lost without his late husband. There’s a hole in his life he doesn’t think he’ll ever fill. But Micah doesn’t only fit perfectly in Carter’s lap — he’s also curious about all things related to age play. Can he coax Micah out of his shell so he can become the femme, carefree, happy little he’s meant to be?