Blade: As the lead singer of Hard Core, I’ve been taught several key life lessons. Unfortunately, I’ve also ignored many of them in the last twenty minutes alone, which is why I’m now being chased by a horde of crazed fans.

But my worst misjudgment today? Going outside in public without security or a backup plan. Screaming fans come with the job and the fame is as much of a blessing as it is a curse, but I still couldn’t imagine doing any other line of work.

Music owns me and I am happy to be her bitch.

Nico: I knew who he was as soon as he burst through the front door of my store and I was absolutely starstruck and speechless. Yes, me with my own hardened attitude and jaded outlook on life had lost the ability to talk in the presence of Blade.

I’m an ex-con. I paid my debt to society, and I have my own brand of scars to show from the time I spent behind bars. My life’s regrets stain my soul as much as the ink of my tattoos color my skin. Solace for me came with ownership of a bookstore. It was a peaceful place to work until a certain rockstar blew in from the street like a Category 5 hurricane.

Hurricane Blade was about to make landfall and I wasn’t sure I’d survive the storm.

Nikki:
I left for Cali the night of my graduation with nothing but a pink boa, a pair of strappy gold heels, and my silver eyeshadow from Sally Beauty Supply. I sang for pennies on Hollywood Boulevard in my broke and desperate days. Now at twenty-six, I’ve got more Grammys than Madonna and a growing empire.

Fame was everything I expected and nothing that I ever wanted. At the end of the day I’m on my own, with an overbearing manager and security team as my only friends. I made this life, and now I live in it alone.

When a stalker starts following me, and the paparazzi ambush me outside of a nightclub, I’m at my breaking point. That’s when Fox Lee appears—out of nowhere—tall and gorgeous with salt-and-pepper hair and a wicked smile that shakes me to my core.

He takes my hand and sweeps me away from the flashing lights and screaming fans. He even keeps me safe when the stalker shows up at my house the next day.
I’d wrap myself up in Fox Lee and never come up for air.

But he doesn’t want me. He just wants to be my lawyer.

Nikki Rippon is the most fascinating man I’ve met in years, and I count Robert De Niro as a close friend. I’d like to save Nikki—and savor his cherry pink lips. But I need to keep things cool and professional, even if he’s the smartest, funniest, and sexiest man in my contacts list. He’s at least a decade too young for me, and he needs legal representation against the hellions taking advantage of him—not a boyfriend.

When he invites me up to his place, I almost cave. Every minute I spend with him, I fall deeper and deeper. He can make a Lakers jersey look like couture or rock a Prada polo with Jimmy Choo heels. He’s infinitely loyal, utterly hilarious, and more talented than any other musician who’s walked through my doors.

Ever since my parents kicked me out at seventeen for being a little too queer, I haven’t let anyone in. I don’t do relationships, especially not with glam pop stars with a closet full of Gucci. But Nikki’s wearing me down, bit by bit. He’s staying at my place, taking us on dates I never expected. And we even manage to escape to my beach home on the East Coast without a single fan noticing—almost.

Just when things seem perfect, the ghosts of Nikki’s past start to close in on us, threatening the life we’re creating together. It turns out that when you’re spending your nights with the world’s biggest pop star, people can get a little …jealous.

I’d convinced myself Nikki needed a knight in shining armor. But when I find myself trapped in the trunk of a moving car, my hands tied and my mouth gagged, it all becomes crystal clear: Nikki is the savior I always needed. And the only man I’ve ever loved.

Silver Fox is the fourth book in the Bridge to Abingdon series. Each book focuses on one amazing couple, and each can be read as a total standalone. Fox and Nikki have more steam than any other couple in the series! There’s also a bodyguard bestie, a closet full of Prada, and an unforgettable night under the stars. Add a swirl of mystery, a secret boat trip down the coast, and a twist you won’t see coming… and you’ve got Silver Fox. Nikki Rippon and Fox Lee are the soul of Abingdon, and they start off the story of Abingdon with a BANG.

For the last six months, shy, nerdy, English teacher Carter Bennett has been crushing on the brand new PE teacher.

It doesn’t matter how many months in the school year there are, Carter knows that cool, laid-back, college baseball star Nolan returning his feelings is hopeless.

Until they’re both called in front of the Principal and given an impossible task: take over the spring musical from the MIA choir director.

Carter knows all about literature and plays, but had to give up his college theater major because his shyness was too crippling. Nolan knows even less. But despite lapses in choreography, terrible acting, a complete lack of sets, and costumes from the eighteenth century, they’re going to have to hit all the right notes, together.

Musical Notes was originally published as part of the School’s Out Giveaway, but has been edited and had additional content added.

Among Heroes by Tanya Chris

This disaster of a romcom will have you rooting for the two bad boy wannabees whose solid gold hearts yearn for each other while their rock solid bodies grapple with a different kind of yearning.

If you’re going to fly into the path of an oncoming hurricane, there’s only one man you want as Captain: ex-Air Force pilot, Rook Terzi. But why would you do ever do such a thing in the first place? This definitely isn’t the smartest decision Rook has ever made, as evidenced by an abrupt landing on the wrong side of Coxa de Peru, but being marooned isn’t all bad. In fact, it would be almost paradise if it weren’t for one particular passenger: YouTube personality and alpha-wannabe, Bryce Norris.

Bryce figures he’s the best choice to take charge of this group of survivors. He’s a paid adventurer, after all. Sure, his production manager usually handles the details, but Bryce does his own stunts, and he’s ready to sacrifice his body in any way necessary. Too bad no one’s asking him to play hero, because he’s well-equipped for the job.

When a crew member’s declining health means they can’t wait for rescue any longer, Bryce and Rook need to stop fighting for dominance and start cooperating on a jungle trek towards civilization. Can their rivalry turn to passion beneath a tropical moon?

Content warning: the author knows nothing about flying a plane except what you learn by sitting in one and has made up her own model of aircraft. If you have any aviation expertise, you’ll probably find this book supremely annoying. Otherwise, suspend your disbelief, buckle in, and let’s take off on what’s sure to be a wild ride.

Get ready for the ride of your life…

Welcome to the town of Riverrun, where the local biker gang has a secret, people die or disappear, and men get pregnant…as long as they’re an omega wolf shifter with a strong alpha to protect them. Kaden Daniels is the president of the Black Paw MC, but he’s not the only alpha in town. Now you can get all four books in the Riverrun Alphas series, all together in one bundle.

SALE: FREE on Amazon (usually $6.99) and available with KU 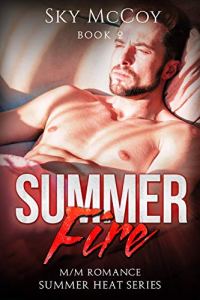 Two men in love, one is rich the other poor. When Peter puts Chase on a pedestal, can Chase live up to Peter’s expectation when that becomes too hard for him, or will Chase step off because he wants to be considered an equal in this M/M relationship?

Will Chase risk his partnership with Peter because he won’t give up the notion that he can become an equal with Peter?

SALE: FREE on Amazon (usually $3.99) and available with KU 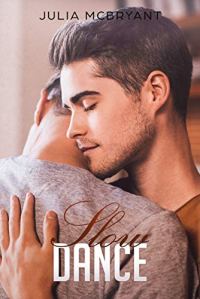 Crispin has moved in with Wills for the summer, four hours away from their parents in Savannah. Without rules, or even Wills’ nosy twin to police them, neither can wait for their three months of freedom. But Wills gets stuck memorizing tree biology, and Crispin’s boss works him to exhaustion. In fact, everything about their lives seems incompatible. Crispin keeps a bizarre sleep schedule that messes up Wills’ circadian rhythms. Wills wakes up as queen bitch while Crispin channels Tigger. Stuck scarfing frozen food, unable to work the washing machine, Wills and Crispin both feel miserable. They’ve been together since eleventh grade. But can their teenage love transition into the real world?

SALE: FREE on Amazon (usually $1.99) and available with KU

When Mateo tries to call off their relationship and leave his twin behind, Devin takes extreme measures to keep him close. All bets are off, and all the taboo and kinky fetishes he’s wanted to explore with his brother are now on the table — whether Mateo wants them to be or not. Devin doesn’t accept “no” for an answer, and as he explores each and every new torment, Mateo gets dragged deeper and deeper into hell…