From Book 1: Joey Hayes and his best friend Ricky Branson have been together through the good times, as well as the bad. Attending their first concert as teens set the path for their futures in motion. Shortly after, the pair joined band class where they meet Ethan and Mick and the foursome formed the metal band, Social Sinners.

Things were going according to plan until Lucas Shane entered their lives, disrupting the flow and testing the strength of their friendship.

When Joey spirals down a dark path after catching his cheating boyfriend, this tasked the other three band members with making a difficult decision that could end his career as their lead singer.

Book 1 is the only book in the series that can be read as a stand-alone.

What do our boys have in store for us this time around?

Through pain, attempted suicide, addiction and loss their bond never faltered. They’ve watched other bands come and go; some weren’t cut out for life on the road. Others simply…disappeared.

But they climbed their way to the top, one painstaking grip at a time. So, what’s up next for our boys?

Book 5, After the Final Curtain is the fifth and final installment in the Social Sinners series. This book comes, with a surprise announcement.

NEW RELEASE/SALE: $ 1.99 on Amazon and available with KU

Father Joseph deadened himself to love, but Diego refuses to give up on romancing the ornery priest.

After Joseph spent part of his life running from captivity, he found solace in church. The only thing stopping him from true serenity is reassembling the broken pieces of his past. Fragments that cause him mental anguish and bring him to his knees.

Diego’s travels lead him to Vale Valley to pitch a product, but when he prepares to leave, his wanton desire forces him to stay put. Despite not knowing what or why, Diego surrenders to his instincts.

Wolves and tigers aren’t supposed to be buddies, so why is the attraction between them irresistible? Will they remain together regardless of issues that could tear them apart?

Unforgettable Faith is book thirteen of the popular multi-author series, Vale Valley, a small town open to everyone who needs love and a home. This is a story of chosen mates and forbidden love between two species not meant for each other.

WARNING: The book includes knotting, sex under the altar, more fun with rosary beads, sappy romance, mentions of casual drug use, flashbacks of violence, and near death.

JKaye is convinced his plan is foolproof, but is kidnapping Zander worth the risk?

JKaye, larger than life bodyguard has a strategy to make a rock star his personal sextoy. He’s carefully plotted out every detail, bought the necessary items for titillation, and prepared his lair for his houseguest. Still, doubt looms over JKaye’s head, knowing any mistake could cost him.

After another successful show, Zander is riding high on life. From coast to coast he’s adored and worshiped by many, especially one of his personal helpers. Though the parade of partners never ends, Zander craves something more to satisfy him. How far Zander would go to obtain the ultimate high is anyone’s guess.

JKaye’s dark desire for Lucifiera’s lead singer hasn’t slowed down and won’t be satisfied until he gets what he wants. The question is to what limits will he go to force the cocky musician to give up control for the duration of his stay? 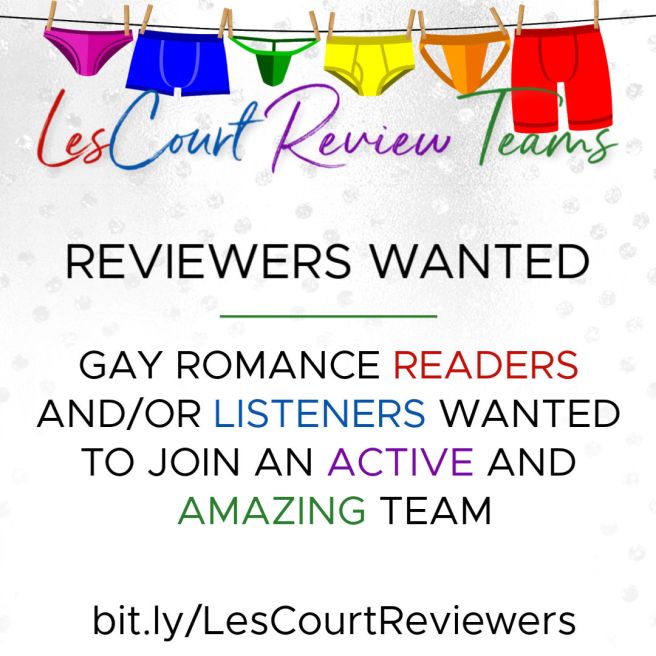 The LesCourt review teams are looking for more reviewers! If you’re interested in reading or listening to some of the best titles in MM, we want you! 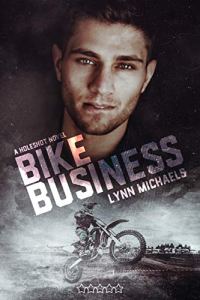 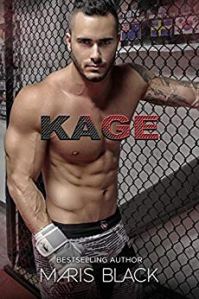 My name is Jamie Atwood, and I’m an addict. I never thought I’d say such a thing. Never had a problem being overly-attached to anything in my life. I came from a perfectly middle-class family, made good grades, and had a hot cheerleader girlfriend… but the truth is, nothing ever really moved me. So how did a guy like me become an addict?

Kage is an MMA fighter. A famous one. I like to think I helped him get that way.

He’s charming as hell, with looks to rival any movie star and talent to back it up. So why did he need to hire me as an intern Publicist? Simple. He has a darkness in him– like a black hole so deep it could swallow him, and me, and everyone we know– and that’s not good for business.

The first time I met him, I felt the pull. I think the addiction began at that very moment. And even if I’d known then what I know now, I would have fallen for him. How could I not?

For me, Kage is everything.

The Kage trilogy is also available in a discounted box set for $ 9.99 for all three books.

The Archangel Michael is tired. He fought wars and shoved his brother Lucifer out of heaven all before the Dark Ages rolled around. His role as protector of Israel now encompasses all of humanity, and while he performs his job perfectly, there’s little personal joy in it.

Until one night in a bar when he meets Asher.

Michael isn’t sure what it is about the vulnerable, self-deprecating Asher that calls to him, but something about his restrained depths, gentle smiles, and encyclopedic knowledge of flowers tugs at Michael in a way that can’t be denied. Too bad romance isn’t part of his mission.

Facing an eternity of perfect submission to God’s authority, rebellion stirs in Michael. Questions of free will, angelic vocation, and the role of love and lust demand answers that just might cost Michael his place in heaven.

Because You Came Back: A Baytown Boys Coming Out Male/Male Romance by Ian Finn

Who’s that handsome stud behind the wheel?
Fancy seeing such a sight in this small town.

It’s just another service call until I see that the broken-down car on the side of the road is a luxury BMW, which is out of place here in Baytown. And then I about faint when I see that the delicious-looking man inside it is Ashton Falls, my old high school classmate, and the object of my obsession ever since.

Back then, I wanted him bad, but never let on. I was the popular football jock, and he was the nerd who tutored me. I had a reputation to uphold, which included staying closeted.

After graduation, Ashtown moved away and became a Silicon Valley tech billionaire. He’s back in Baytown for our ten-year high school reunion. Meanwhile, I stayed here to take care of my mom, and opened a mechanic’s shop. And I’m still in that damn closet, because there’s a stigma around these parts against gay men.

Our worlds are about as night and day as they could get. But soon they collide with a night of passion in which I discover that Ashton is as attracted to me as I was to him, and that he always has been.

He can teach me more than just math now, and he’s as athletic in the bedroom as I was on the field. I want him to stay with me for good. But will both of us be willing and able to change our lives enough for that to happen?

And, first things first, after hiding my true identity from fellow Baytown residents for my entire life, will I have the courage to show up at our high school reunion with Ashton on my arm?

Because You Came Back is a full-length standalone coming out, small town, second chance, rags to riches, opposites attract, billionaire/blue collar gay romance novel that combines humor, heat and heart. It has no cheating, no cliffhangers, and a very happy after ever.

It’s Book 1 in the Baytown Boys series. It can be read alone but, due to related characters and settings, is best read with others in the series… and a tall glass of water to cool you off after so much steam.

The quarterback got the touchdown, but I got the rubdown.

A star football player is our VIP guest, and I’ve got stars in my eyes when he comes into my spa. He’s the hero of his team, so they’re giving him the time of his life, and it’s my job to handle him. Pampering one hunky athlete? Yeah, I’m definitely qualified.

I thought he was straight, but he’s making me curious when he tells me he’s bi. When I get a handful of Theo, it isn’t long before he’s filling more than my hands, and this quarterback knows his way around the field.

I’ll give him the vacation of a lifetime—if his teammates don’t get in the way. My spa offers pure relaxation, if you don’t count the treasure hunt, our rivalry with the other resort, and the occasional surprise adult toy someone finds.

He’s not playing games, but he’s putting me on the bench.

The more Reid rubs me down, the more tension builds up.

The big game is over, and now it’s time to relax in style. Just when I thought this resort couldn’t get any better, in walks the spa director. He’s slender, sassy, and he’s got my full attention.

He thinks a guy like me doesn’t play for his team, so to speak, but he’s wrong. Reid might be into yoga, but I’m about to show him how flexible I can be.

My team can be trouble, but nothing’s getting in the way of my good time with Reid. Not a mysterious adult toy, and definitely not some scandalous tape. Some of my teammates might be jealous, but as long as I’m here, Reid is my MVP.

He’s got a tight end, and I’ve got it covered.

This is the second book in the Island Resort series. It can be enjoyed as a standalone with no cliffhanger. Readers can expect a funny, spicy MM romance with several steamy scenes.