Can Adam repair the damage he’s done to his relationship with Eagle so he can help him solve this case? Can he win back the only man he’s ever truly loved, or will the demons of his past win the battle for his soul? 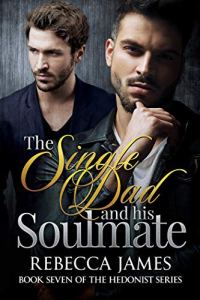 Flynn left Matteo and New York City seven years ago because Matteo was in the closet. Now back in the city with his four-year-old son, Flynn runs into Matteo again. The feelings and attraction between the two men are as strong as ever, but the circumstances keeping Matteo from revealing his sexual preferences haven’t changed. Although tempted to be with Matteo anyway, Flynn now has his son to consider and must fight his feelings to keep his little family from becoming Matteo’s dirty secret.

Cronus Chrystell daydreams about becoming king and settling down with a family of his own.

Crystalla’s annual ball presents an opportunity to cross one off his list-but everything changes when his father is murdered.

The tragedy exposes a curse afflicting both the kingdom and Cronus’ lackluster love life. Once broken, Cronus learns his mates have been by his side the whole time.

Now, the men are free to delve the depths of their fated connection. Friends to lovers, their heated passion is all-consuming. The time they spend together bring Cronus closer to the family he years for-and the crown.

But he’s not out of the woods yet. To become king, he must claim his mates and sire an heir. With a killer on the loose, Cronus has everything to lose. 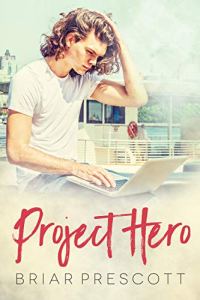 Andy Carter has just realized that if his life was a movie, he would be the sidekick. If he ever plans to do something about his long-harbored crush on his best friend, Andy needs to become the hero of his own life. Too bad he doesn’t have the faintest clue how to accomplish that.

But help arrives in the form of Law Anderson, the assistant coach of their university’s hockey team. The two strike a deal. Andy will help Law’s players pass their class in exchange for help with his quest of becoming a better version of himself.

Soon Law is helping with a lot more than either of them bargained for, and Andy is starting to realize that maybe he doesn’t need to change himself for love. Maybe Andy needs to be with the person who has considered him a hero all along. Science pun T-shirts and all. 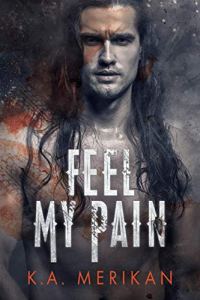 Zane. “I will burn your life to the ground.”
Roach. “I’m a cockroach. I’ll survive.”

Of course I smelled him—smelled him and was drawn to him. Rich, ripe, male omega—not far away and well into his heat. Unsatisfied heat. I laughed, realizing that in this moment, at least, the omega was the boss of the alpha. I needed to help him.”

Angel, an alpha who’s left the hierarchical rules of his pack to find success in the big city, and Leo, an omega on the run from his abusive alpha, are thrust together to satisfy Leo’s urgent heat-lust. But can a once-hurt omega ever trust an alpha to care for and protect him again?

Angel and Leo must both face the pasts they ran away from before they can build a new future together. 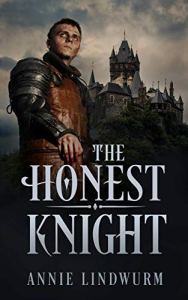 More than jousting will determine whether love and loyalty win…

It is a Steamy MM Fantasy Romance featuring explicit sex scenes and adult themes. This is the first book in a trilogy. 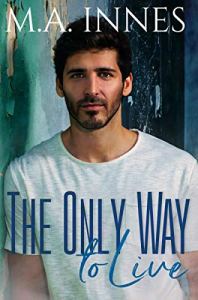 The Only Way To Live: A M/m Age Gap Romance (The Mechanics of Love Book 1) by MA Innes

Flirting with his friend’s father was supposed to be just fun and games for Derek, but what happens when teasing leads to unexpected questions and some surprising curiosity?

Derek has known the unflappable Sean for years and nothing ever gets a reaction out of the attractive older man. Nothing, that is, until Derek senses some unexpected curiosity from the man he always thought was straight. But who better than an adventurous switch to help Sean explore his wild side?

Sean knows better than to take Derek’s teasing seriously. There’s a reason he’s always called the impetuous younger man “the pest.” But when Derek’s playful banter leads to some interesting reactions, Sean has to decide what’s more important…hiding behind what he’s always assumed or finally getting to discover who he really was all along. 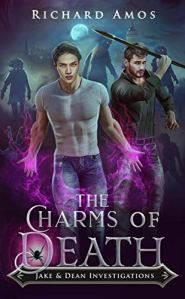 Jake and Dean are back for more action, adventure and smooches!

February. The month of cold weather and hot romance. At least, that was the plan.

Despite the busy nature of their lives working as Paranormal Investigation Agents (PIAs), and being fathers, Jake and Dean are determined to have the soppiest of Valentine’s Days. Romantic dinner, red roses, a stroll by the canal, then some snuggle time to cap it all off.

Too much to ask? Hell yeah!

Complication #1: The mutilated body of a goblin turns up on their doorstep.

Complication #2: Some humans have been murdered by a mysterious supernatural entity.

Complication #3: Those same murdered humans get back up again.

Looks like the romance will have to be put on hold. Death is the end. Right?

The sea stole their souls. Now they want my heart.
It’s 1997 and Ireland is changing, but not fast enough for me. I’m tired of this tiny village and my life of “onlys”. The only gay man who’s out. The only son who never knew his father.

The ocean has always been my one refuge, until the dawn I’m snatched up by selkies, three men who died at sea and became shape-shifting seals They thought they were saving me from the same fate—instead, they’ve bound me to them.

Cathal, whose laugh lifts the sky, or Oliver, with his charming manners and thoughtful frowns. Or bossy David, who only seems to have the frowns. I’m supposed to choose only one of them or walk away from all of them.

But I’m tired of my life of onlys.

This is a 29,000-word novella with multiple love interests (MMMM) and an HEA.

Renard isn’t the one for games, but the mouthy bear might be his ace…

Dominic has always dreamed of being a ranked officer. After not accomplishing his ambition, Dominic sets out to prove he’s worthy of promoting. Achieving his goal is the redemption he needs to rid himself of the negative stigma tied to his last name. 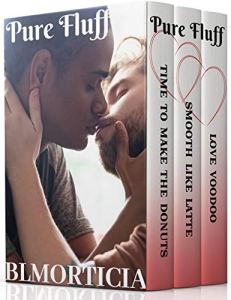 What Comes After: A hurt/comfort gay romance by Quinn Ward

He knew “Till death do us part” would bring him here.

A year after his wife’s death, Scott’s family forces him to find his new normal. He’s not ready to love again, but he owes it to Shelly to not give up. A bereavement group is the last place he expected his heart to come alive again.

Chris hasn’t forgiven himself for not being there when his sister needed him. As much as he hates going to group therapy, it beats the hell out of drinking away his pain.

Everything changes when Scott walks through the doors. When friendship is not enough and Chris pushes for more, it sends Scott spiraling into a dark place. The road to recovery won’t be easy, but Chris is determined to help Scott see that life is still worth living.

But when the truth comes out, will it be too much for Chris?

Learn the Rules contains the first five parts of the Rough Love series, collected in one book for the first time. Join Ben and Xander in their continuing odyssey of self-discovery, experimentation, and steamy fun as they work out the kinks together. This is just the beginning of their wild – and sometimes dark – ride, but never fear: these two will get their HEA. It’ll just take them some time to figure out what that happy ending looks like for them…