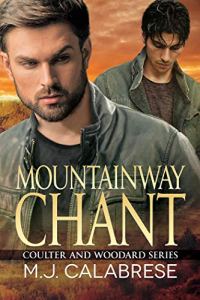 Can Adam repair the damage he’s done to his relationship with Eagle so he can help him solve this case? Can he win back the only man he’s ever truly loved, or will the demons of his past win the battle for his soul?

Matthew Fisher loved being a dancer, but his ten-year ballet career came to an abrupt end with a knee injury. He had to find a new way to make a living, and six months on the job training saw Matthew stepping out as a real estate agent for Aiken Luxury Lettings. Now, instead of stretching at the barre, Matthew spends his days inspecting the vacant London homes of their rich and famous clients.
Losing his dance career left a huge hole in Matthew’s heart, and to fill it Matthew began a Tumblr blog dedicated to his fetish for wearing lingerie.

One of his online followers presses all of Matthew’s buttons, and a long-distance, online Dom/sub relationship develops. But when the relationship suddenly moves from online fantasy to real-life… can Matthew really submit? 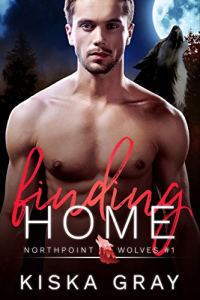 With danger breathing down their necks, can an unlikely pack of wolf shifters fend off the enemy, while stumbling upon their fated mates in the process? Is love enough? Or is shifterkind destined to fall, once and for all?

SALE: Forever Yours: FREE (usually $ 3.99) on Amazon and available with KU

A landscaping project turns into much more when two mature men discover romance is not only for the young. Watch love blossom along with the flowers in Green’s Thumb! Real men. Real love. Real happy.

The Last Drop: A Table for Two Novella by Layla Reyne

Chef Gregory Valteau’s culinary future in New Orleans looks bleak. Until he meets a handsome hipster with all the right moves, behind the bar and in bed.

Anthony Monaco has spent five years on the go, but a steamy NOLA night with a sexy chef has Tony aching for a return trip to the Big Easy. When Greg offers him the chance to help launch a new gastropub, Tony agrees to six weeks. Any longer and he might not be able to leave.

As Dram prepares to open and the chemistry between them boils over, Tony’s fears come true, his heart whispering stay while his brain shouts go. Greg can’t abide by the latter; he wants Tony in his life and behind their bar. He’s the one, but to keep him, Greg will have to convince Tony he can show him the world without leaving the one they’ve built together.

The Issue With Love (The Lexingtons Book 2) by Kevin Sean

LIAM: I’ve always stood out in a crowd—when you’re related to a royal family it’s impossible not to. That’s why I dropped everything and moved to New York to start over. New name, new city, new job at a magazine… and a new sexy coworker.

I think I’m about to find out the hard way that you can’t hide forever—particularly in the cutthroat world of fashion.

TY: I’m sick of feeling ashamed and trying to run from my past. This time, I might finally have my chance to stop running away. I’ve been lucky enough to land a dream job at my favorite magazine and I’m not going to screw it up. I can’t afford any distractions. Especially not the hot new British man working at the magazine.

I can’t let anyone too close, because if anyone discovers the truth about me, I’ll be ruined…

A vampire, guilty of killing his own sire, is left for dead in the territory of a lone wolf. When Hugo stumbles upon Ivan, he’s faced with an impossible choice: leave the injured vampire to perish in the sun’s rays, or take him to the home he’s lived in alone for the last decade.

Ivan, bleeding and helpless, must trust this mysterious werewolf to protect him and nurse him back to health. He learns Hugo is on his own, cast out from his pack and cut off from his family.

Hugo saves his life, and Ivan will do anything to return the favor—even take on the rogue alpha terrorizing Hugo’s childhood pack.

Can an outcast werewolf and a disgraced vampire find love, or will an old enemy tear them apart? 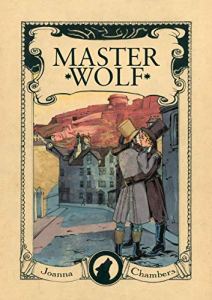 It’s 1820 and Drew Nicol has returned to Edinburgh to face his enemies, his fears, and his former lover, Lindsay Somerville…

Of course I smelled him—smelled him and was drawn to him. Rich, ripe, male omega—not far away and well into his heat. Unsatisfied heat. I laughed, realizing that in this moment, at least, the omega was the boss of the alpha. I needed to help him.”

Angel, an alpha who’s left the hierarchical rules of his pack to find success in the big city, and Leo, an omega on the run from his abusive alpha, are thrust together to satisfy Leo’s urgent heat-lust. But can a once-hurt omega ever trust an alpha to care for and protect him again?

Angel and Leo must both face the pasts they ran away from before they can build a new future together.

The Only Way To Live: A M/m Age Gap Romance (The Mechanics of Love Book 1) by MA Innes

Flirting with his friend’s father was supposed to be just fun and games for Derek, but what happens when teasing leads to unexpected questions and some surprising curiosity?

Derek has known the unflappable Sean for years and nothing ever gets a reaction out of the attractive older man. Nothing, that is, until Derek senses some unexpected curiosity from the man he always thought was straight. But who better than an adventurous switch to help Sean explore his wild side?

Sean knows better than to take Derek’s teasing seriously. There’s a reason he’s always called the impetuous younger man “the pest.” But when Derek’s playful banter leads to some interesting reactions, Sean has to decide what’s more important…hiding behind what he’s always assumed or finally getting to discover who he really was all along. 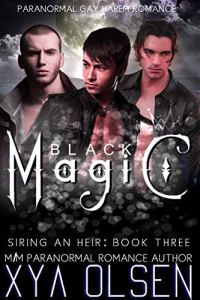 Cronus Chrystell daydreams about becoming king and settling down with a family of his own.

Crystalla’s annual ball presents an opportunity to cross one off his list-but everything changes when his father is murdered.

The tragedy exposes a curse afflicting both the kingdom and Cronus’ lackluster love life. Once broken, Cronus learns his mates have been by his side the whole time.

Now, the men are free to delve the depths of their fated connection. Friends to lovers, their heated passion is all-consuming. The time they spend together bring Cronus closer to the family he years for-and the crown.

But he’s not out of the woods yet. To become king, he must claim his mates and sire an heir. With a killer on the loose, Cronus has everything to lose.